Europe is the sixth largest continent in size and the third largest in population in the world. It has diverse landforms and people. It is the birth place of western civilizations (Roman and Greek), democracy and Industrial Revolution. It is the most developed continent in the world. Let us explore the continent.

Europe is the sixth largest continent in size and the third largest in population in the world. It has diverse landforms and people. It is the birth place of western civilizations (Roman and Greek), democracy and Industrial Revolution. It is the most developed continent in the world. Let us explore the continent. 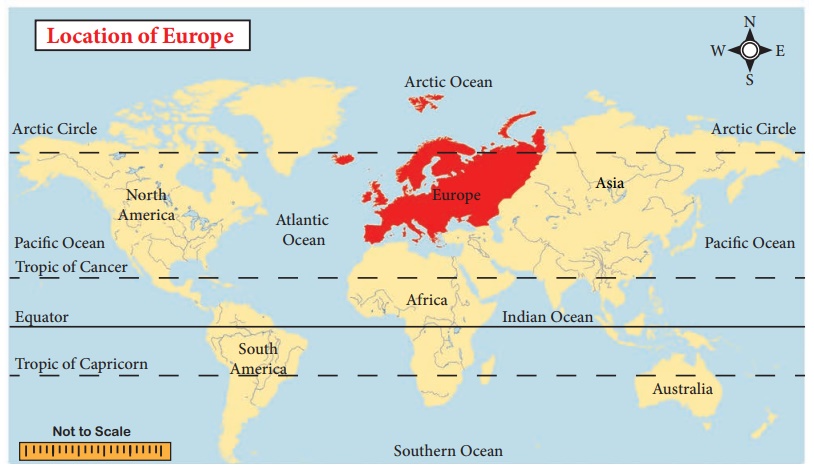 Europe is found in the northern hemisphere and it covers an area of 10.5 million sq.km. It is surrounded by the Arctic Ocean in the North, the Black Sea and Mediterranean Sea in the south, the Atlantic Ocean in the west and the Ural mountains in the east. So it looks like a giant peninsula.

Europe is called as the 'Peninsula of Peninsulas', Justify. 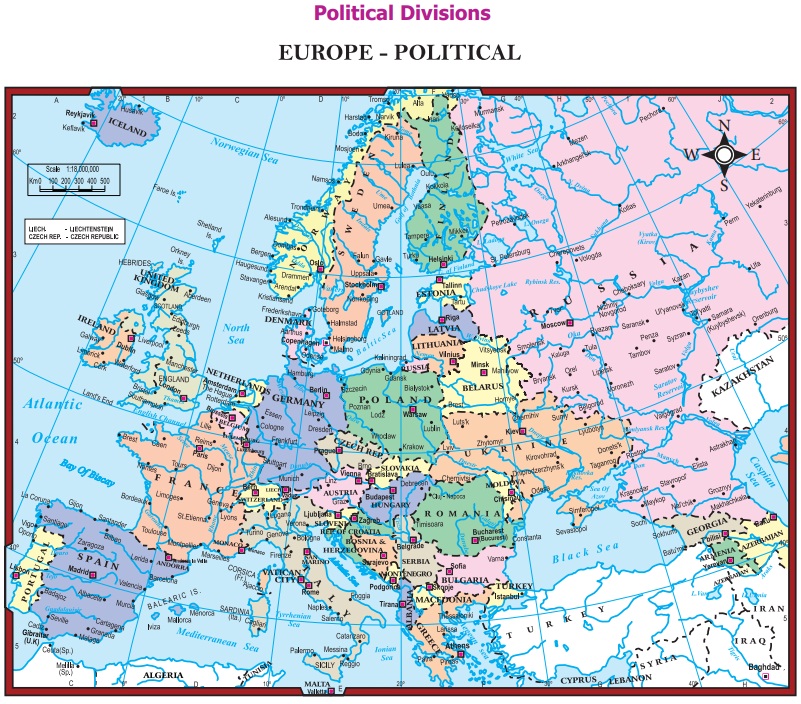 The European Union (EU) is an economic and political union of 28 member countries for their welfare. It has own flag and the common currency, the Euro (€). 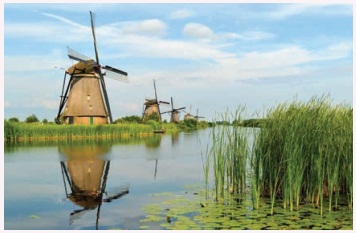 Europe has diversified physical features such as mountains, plains, plateaus, peninsulas, bays, islands and river basins. It can be divided into four physical divisions.

Fjord : A fjord is a narrow and deep sea inlet between steep cliffs. It helps in the following ways.

1. It reduces the speed of wind, irrespective of its direction.

2. The force of sea waves are also controlled.

Hence, areas with fjords are best suited for natural harbours. 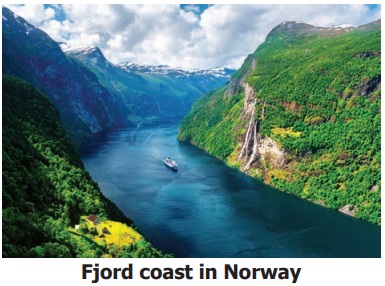 The plateaus are found in east west direction across central Europe. Many rivers in Europe such as, the Danube, the Volga and the Tagus originate from this plateau. The important plateaus of this region are The Pennines (England), The Meseta (Spain), The Central Massif and Jura (France). The Black forest (Germany) in these region has rich mineral resources. The Pennines is called the backbone of England. 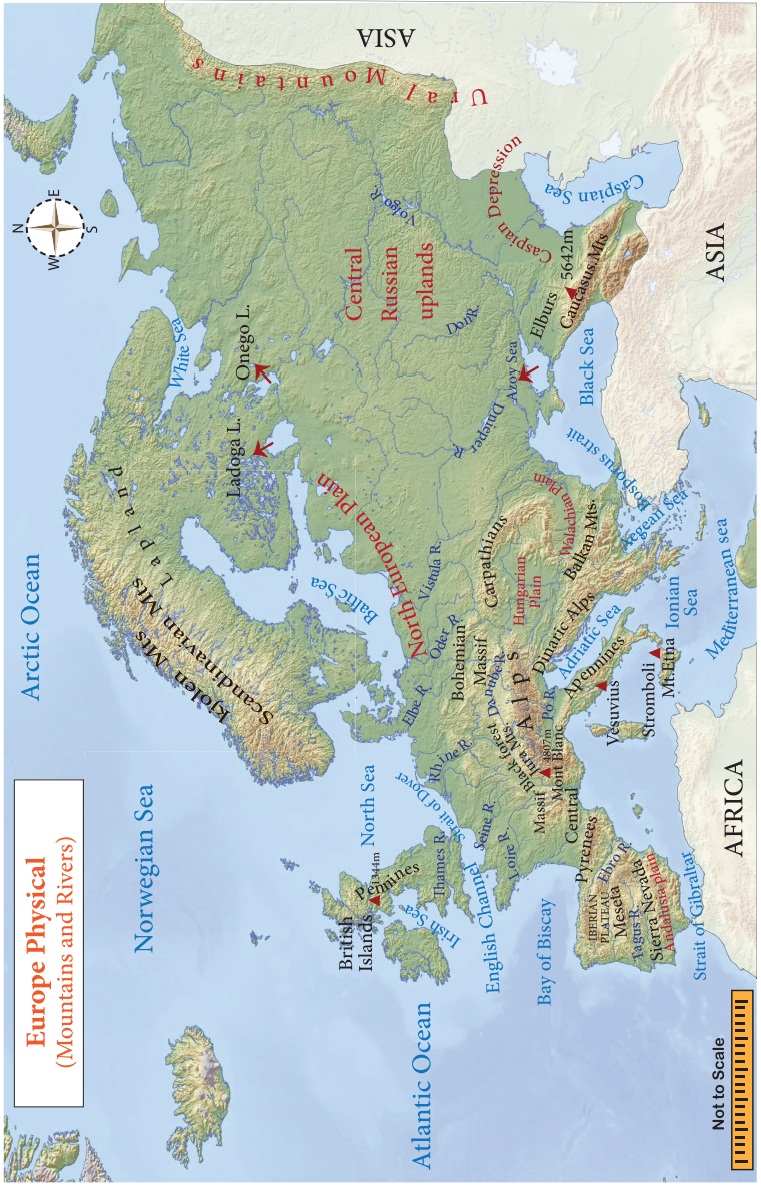 Black forest: The lush and dark coloured fig and pine trees give black colour to this region.

The alpine mountain system consists of a chain of young fold mountains found in the southern part of Europe. The important mountain ranges are the Sierra Nevada, the Pyrenees, the Alps, the Apennines, the Dinaric Alps, the Caucasus and the Carpathian. The Pyrenees forms a natural boundary between Spain and France. 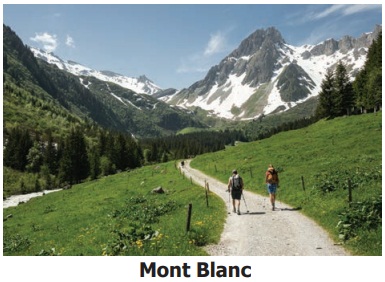 The pyramid-shaped Matterhorn mountain is located in the Swiss Alps a height of 4478 m. It is popular for its shape. 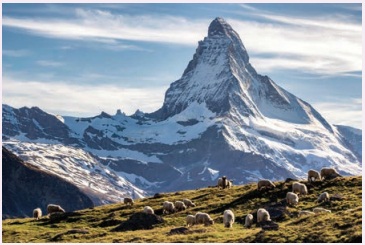 The north European plain stretches from the Atlantic Ocean in the west to the Ural mountains in the east. On the north, it is surrounded by the Baltic Sea and on the South by the alpine mountain. It is narrow in the West and wide towards the East. Major European rivers such as the Seine, the Rhine, the Danube and the Don criss-cross this region and deposit their alluvium.

The Andalusian Plain, The Hungarian Plain and the Wallachian Plain are also found in this region. It has rich deposits of coal and iron ore. The north European plain is densely populated region and cities like Paris, Moscow and Berlin are located here.

The rivers play an important role in the development of Europe. These rivers are used to irrigate farmland and also help to produce electricity.

Most of the rivers originate in the Alps and the central plateau of Europe. These rivers are useful for inland navigation in central and Eastern Europe. The Volga is the longest river in Europe. The river Danube passes through nine countries in Europe. 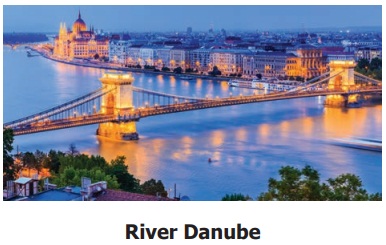 HOTS : Why are European rivers suitable for inland navigation?

The climate of Europe varies from the subtropical to the polar climate. The Mediterranean climate of the south has warm summer and rainy winter. The western and northwestern parts have a mild, generally humid climate, influenced by the North Atlantic Drift. In central and eastern Europe, the climate is humid continental-type. In the northeast, subarctic and tundra climates are found. The whole of Europe is subject to the moderating influence of prevailing westerly winds from the Atlantic Ocean.

Climate Divider: The Alps mountain separates the Mediterranean climate from the cold climate of the north.

North Atlantic Drift is a warm ocean current which brings warmth to the western Europe. The westerly wind further transports warmth across Europe.

The natural vegetation of Europe can be classified as follows:

The Arctic and northern Scandinavian highland have Tundra type of vegetation made up of lichens and mosses. 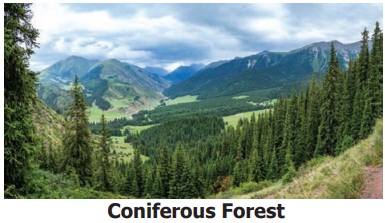 Coniferous or Taiga vegetations are found to the south of the Tundra region in Norway, Sweden, Finland, Germany, Poland and Austria. Pine, fir, spruce and larch are the important tree varieties of taiga forest.

The mixed forest comprising of birch, beech, poplar, oak and maple trees found in the western part of Europe particularly in western France, Belgium, Denmark, Britain etc. Mediterranean trees like cypress, cork, oak, olive and cedar are found along the borders of the Mediterranean Sea. Eastern Europe is covered by grasslands (Steppe).

Resources Base and Economic Activities of Europe

Availability of resources, efficient educated work force, research, contact with other nations and innovations have transformed Europe into a modern and economically developed continent in the world.

Europe is an industrially developed continent in the world. It has great diversity in its topography, climate and soil. These interact to produce varied patterns of agricultural activities such as Mediterranean agriculture, Dairy farming, mixed livestock and crop farming and horticulture (Truck Farming) 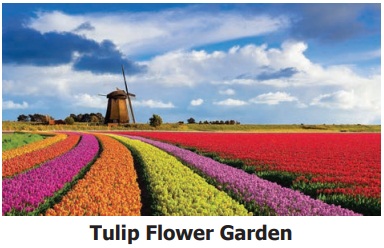 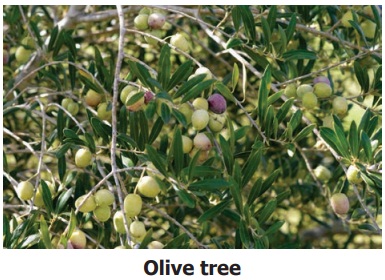 The northernmost countries grow few cereals (mainly oats) and concentrate on animal husbandry, especially cattle and dairying. Mixed farming and the use of well-tried crop rotations are widely practised. Viticulture is mostly practised in Italy, France and Germany. 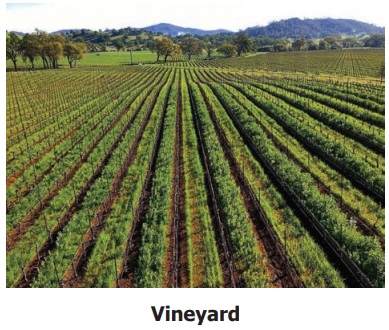 As for industrial crops, European Russia, Ukraine, and Belarus are large producers of flax and hemp, sugar beets and sunflower seeds. Tobacco is grown in Belarus and is also important in Bulgaria, Italy, and Macedonian Greece.

European Russia, Sweden and Finland are the major producers of softwood and hardwood. Fishing is a large industry in Norway, Iceland, Russia, Denmark, the United Kingdom, the Netherlands etc., The Dogger Bank in North Sea is an important fishing ground in Europe.

Europe produces a significant portion of the world’s steel and iron ore. Shipbuilding, motor-vehicle and aircraft construction are widely distributed all over Europe. Europe is also a large producer of pharmaceutical drugs.

A wide range of small-scale industries (i.e., those that produce nondurable goods) is found throughout Europe. Some countries have a reputation for specialty goods, as in the case of English, Italian, and Dutch bicycles, Swedish and Finnish glass, Parisian perfumes and fashion goods and Swiss precision instruments

Europe is the third most populous continent, after Asia and Africa. The population of Europe was 742 million in 2018, which accounted for 9.73% of the world’s population. The population density in Europe is 34 persons / km2.

Europe is a continent of great linguistic and cultural difference. English, Spanish, Portuguese, French, Italian and Slavic are the broadly spoken languages in Europe. Christianity is the major religion in Europe. A considerable number of Hindus, Muslims and Jews are spread throughout Europe. More than 90 percent of the people belong to the Caucasoid race.

European art and architecture mostly reveals the ordinary human being and is popular all over the world. Acropolis, the Colosseum, the statue of David, The thinker, Eiffel tower, Big Ben, Pisa Tower and Mona Lisa are some of the master pieces of art and architecture in Europe. 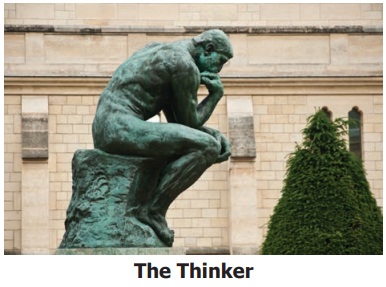 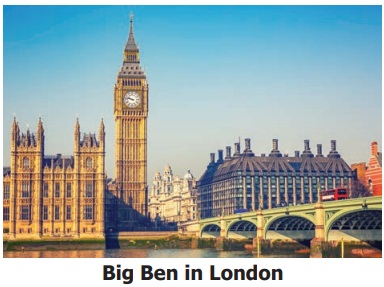 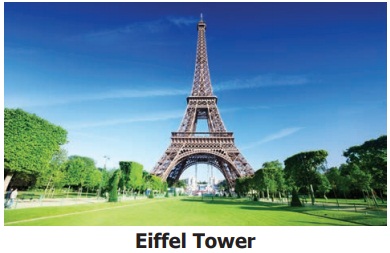 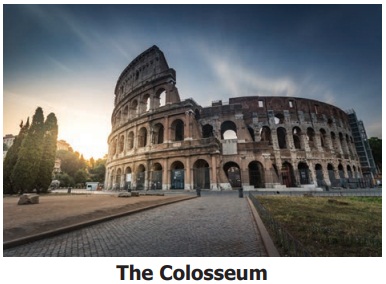 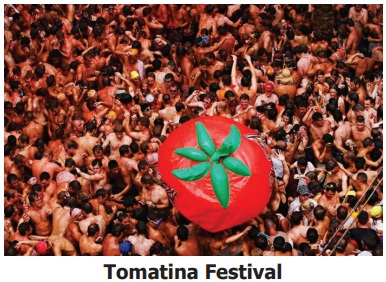 A Comparison of Asia and Europe

Asia and Europe are integrated geographically and separated politically. Europe is the giant peninsula of Asia. Both the Himalayas (Asia) and the Alps (Europe) were formed during the same geological period. The Steppe grass lands and coniferous forests are spread over  several hundred kilometres from Europe to Asia. Generally, the plains are found in the northern part and the mountains in the southern part in both the continents. The two continents are the homeland of ancient civilizations. From the ancient period, these two continents had trade relationship through the silk route and the spice route. Despite the various geographical similarities, these two continents have striking differences. 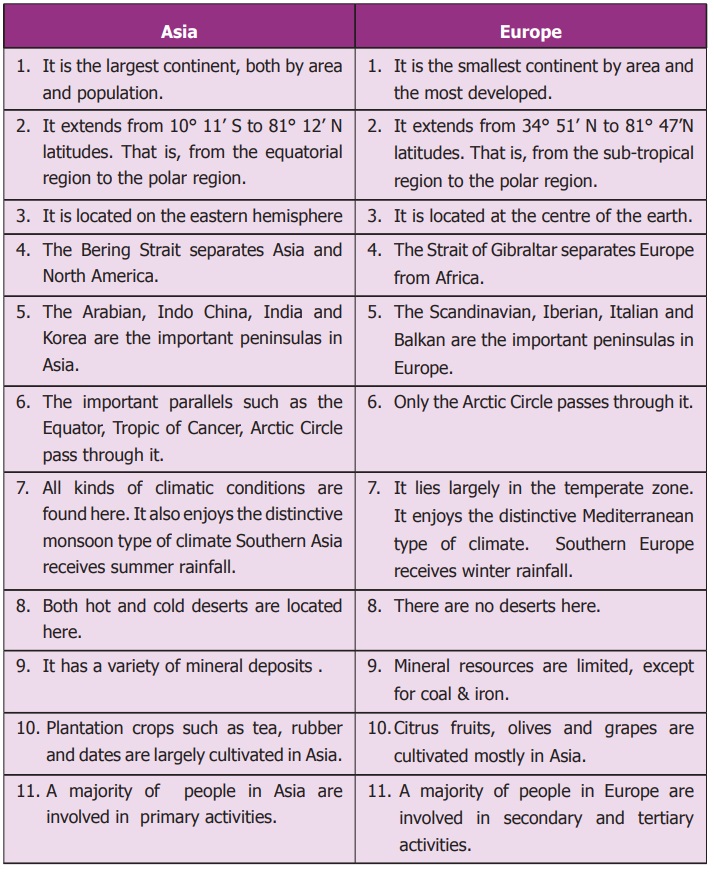