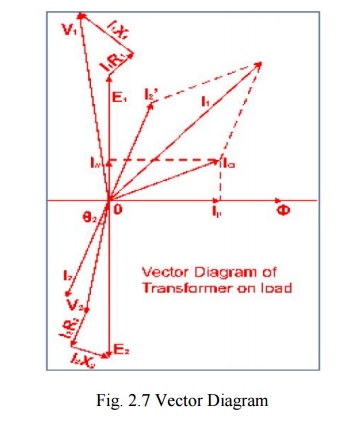 Let us consider the transformation ratio be,

From the vector diagram above, it is found that the total primary current I1 has two components, one is no - load component Io and the other is load component I2′. As this primary current has two a component or branches, so there must be a parallel path with primary winding of transformer. This parallel path o f current is known as excitation branch of equivalent circuit of transformer. The resistive and reactive branches of the excitation circuit can be represented as,

The equivalent circuit for that equation can be drawn as below, 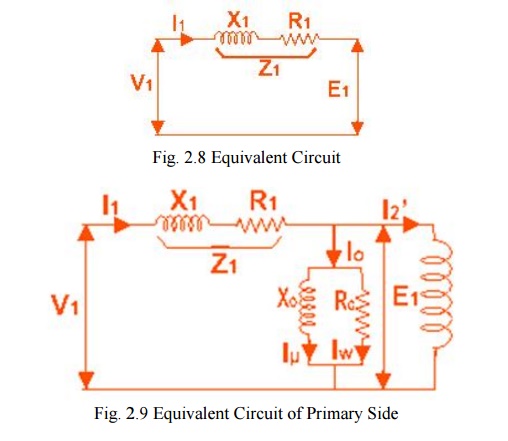 From above equation, secondary impedance of transformer referred to primary is,

Since Io is very small compared to I1, it is less than 5% of full load primary c urrent, Io changes the voltage drop insignificantly. Hence, it is good approximation to ignore the excitation circuit in approximate equivalent circuit of transformer. The winding resistance and reactance being in series can now be combined int o equivalent resistance and reactance of transformer, referred to any particular side. In this case it is side 1 or primary side. 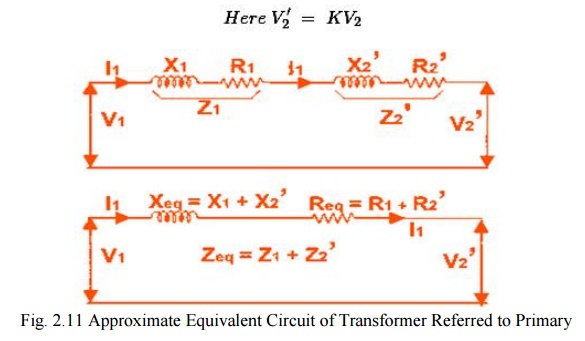 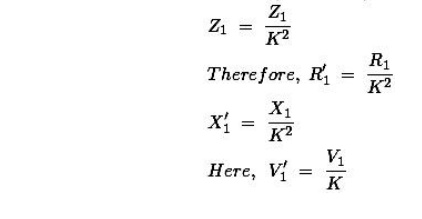