Enhancements Added to NIO by JDK 7

Beginning with JDK 7, the NIO system was substantially expanded and enhanced.

Enhancements Added to NIO by JDK 7

Beginning with JDK 7, the NIO system was substantially expanded and enhanced. In addition to support for the try-with-resources statement (which provides automatic resource management), the improvements included three new packages (java.nio.file, java.nio.file.attribute, and java.nio.file.spi); several new classes, interfaces, and methods; and direct support for stream-based I/O. The additions have greatly expanded the ways in which NIO can be used, especially with files. Several of the key additions are described in the following sections.

Perhaps the single most important addition to the NIO system is the Path interface because it encapsulates a path to a file. As you will see, Path is the glue that binds together many of the NIO.2 file-based features. It describes a file’s location within the directory structure. Path is packaged in java.nio.file, and it inherits the following interfaces: Watchable, Iterable<Path>, and Comparable<Path>. Watchable describes an object that can be monitored for changes. The Iterable and Comparable interfaces were described earlier in this book.

Path declares a number of methods that operate on the path. A sampling is shown in Table 21-3. Pay special attention to the getName( ) method. It is used to obtain an element in a path. It works using an index. At index zero is the part of the path nearest the root, which is the leftmost element in a path. Subsequent indexes specify elements to the right of the root. The number of elements in a path can be obtained by calling getNameCount( ). If you want to obtain a string representation of the entire path, simply call toString( ). Notice that you can resolve a relative path into an absolute path by using the resolve( ) method.

Path getFileName( ) : Returns the filename associated with the invoking Path.

Path getName(int idx) : Returns a Path object that contains the name of the path element specified by idx within the invoking object. The leftmost element is at index 0. This is the element nearest the root. The rightmost element is at getNameCount( ) – 1.

int getNameCount( ) : Returns the number of elements beyond the root directory in the invoking Path.

Path getParent( ) : Returns a Path that contains the entire path except for the name of the file specified by the invoking Path.

Path getRoot( ) : Returns the root of the invoking Path.

Path toAbsolutePath( ) : Returns the invoking Path as an absolute path.

String toString( ) : Returns a string representation of the invoking Path. 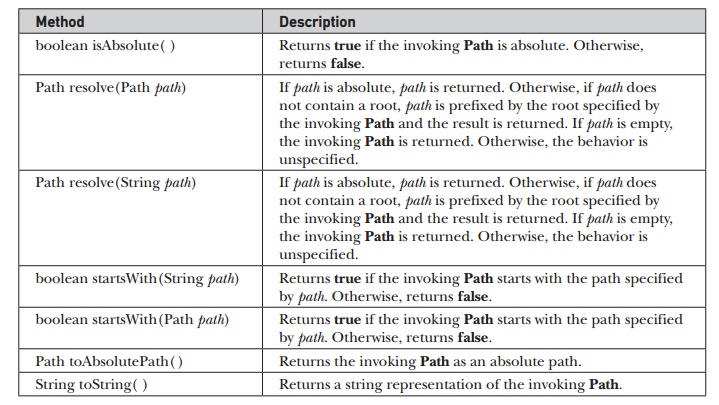 Table 21-3   A Sampling of Methods Specified by Path

Many of the actions that you perform on a file are provided by static methods within the Files class. The file to be acted upon is specified by its Path. Thus, the Files methods use a Path to specify the file that is being operated upon. Files contains a wide array of functionality. For example, it has methods that let you open or create a file that has the specified path. You can obtain information about a Path, such as whether it is executable, hidden, or read-only. Files also supplies methods that let you copy or move files. A sampling is shown in Table 21-4. In addition to IOException, several other exceptions are possible. JDK 8 adds these four methods to Files: list( ), walk( ), lines( ), and find( ). All return a Stream object. These methods help integrate NIO with the new stream API defined by JDK 8 and described in Chapter 29.

Notice that several of the methods in Table 21-4 take an argument of type OpenOption. This is an interface that describes how to open a file. It is implemented by the StandardOpenOption class, which defines an enumeration that has the values shown in Table 21-5. 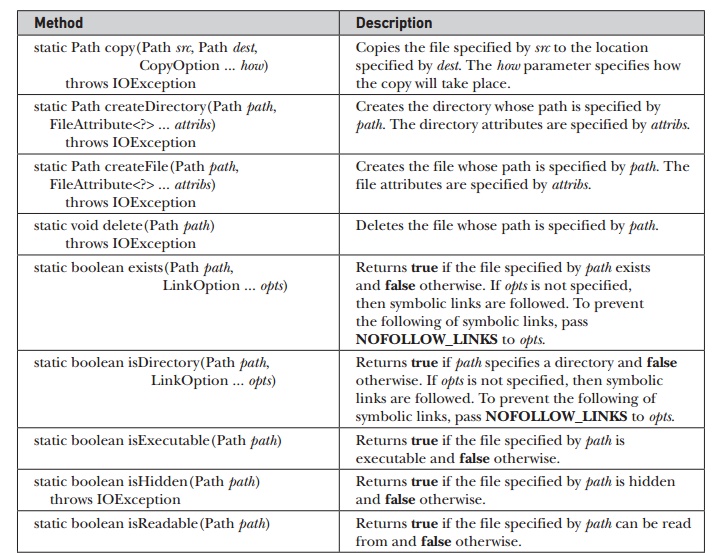 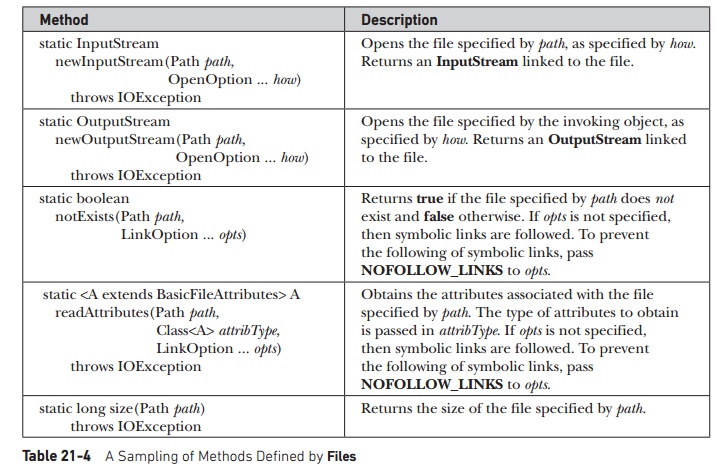 APPEND : Causes output to be written to the end of the file.

CREATE : Creates the file if it does not already exist.

CREATE_NEW : Creates the file only if it does not already exist.

DELETE_ON_CLOSE : Deletes the file when it is closed.

SPARSE : Indicates to the file system that the file is sparse, meaning that it may not be completely filled with data. If the file system does not support sparse files, this option is ignored.

TRUNCATE_EXISTING : Causes a preexisting file opened for output to be reduced to zero length. 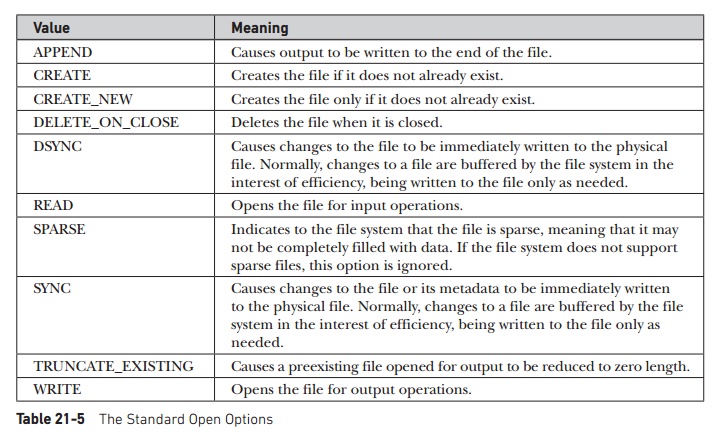 Because Path is an interface, not a class, you can’t create an instance of Path directly through the use of a constructor. Instead, you obtain a Path by a calling a method that returns one. Frequently, you do this by using the get( ) method defined by the Paths class. There are two forms of get( ). The one used in this chapter is shown here:

It returns a Path that encapsulates the specified path. The path can be specified in two ways. First, if parts is not used, then the path must be specified in its entirety by pathname. Alternatively, you can pass the path in pieces, with the first part passed in pathname and the subsequent elements specified by the parts varargs parameter. In either case, if the path specified is syntactically invalid, get( ) will throw an InvalidPathException.

The second form of get( ) creates a Path from a URI. It is shown here: static Path get(URI uri)

The Path corresponding to uri is returned.

It is important to understand that creating a Path to a file does not open or create a file. It simply creates an object that encapsulates the file’s directory path.

Associated with a file is a set of attributes. These attributes include such things as the file’s time of creation, the time of its last modification, whether the file is a directory, and its size. NIO organizes file attributes into several different interfaces. Attributes are represented by a hierarchy of interfaces defined in java.nio.file.attribute. At the top is BasicFileAttributes. It encapsulates the set of attributes that are commonly found in a variety of file systems. The methods defined by BasicFileAttributes are shown in Table 21-6.

FileTime creationTime( ) : Returns the time at which the file was created. If creation time is not provided by the file system, then an implementation-dependent value is returned.

Object fileKey( ) : Returns the file key. If not supported, null is returned.

boolean isDirectory( ) : Returns true if the file represents a directory.

boolean isOther( ) : Returns true if the file is not a file, symbolic link, or a directory.

boolean isRegularFile( ) : Returns true if the file is a normal file, rather than a directory or symbolic link.

boolean isSymbolicLink( ) : Returns true if the file is a symbolic link.

FileTime lastAccessTime( ) : Returns the time at which the file was last accessed. If the time of last access is not provided by the file system, then an implementation- dependent value is returned.

FileTime lastModifiedTime( ) : Returns the time at which the file was last modified. If the time of last modification is not provided by the file system, then an implementation-dependent value is returned.

long size( ) : Returns the size of the file. 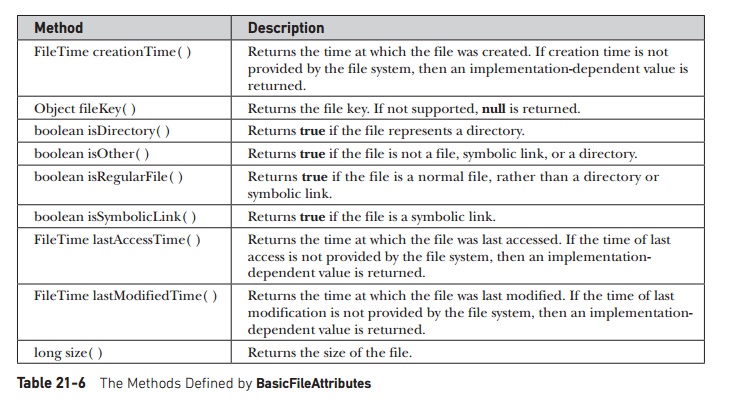 Table 21-6   The Methods Defined by BasicFileAttributes

PosixFileAttributes. DosFileAttributes describes those attributes related to the FAT file system as first defined by DOS. It defines the methods shown here:

boolean isArchive( ) : Returns true if the file is flagged for archiving and false otherwise.

boolean isHidden( ) : Returns true if the file is hidden and false otherwise.

boolean isReadOnly( ) : Returns true if the file is read-only and false otherwise.

boolean isSystem( ) : Returns true if the file is flagged as a system file and false otherwise.

A second way to gain access to a file’s attributes is to call getFileAttributeView( ) defined by Files. NIO defines several attribute view interfaces, including AttributeView,

In some cases, you won’t need to use the file attribute interfaces directly because the Files class offers static convenience methods that access several of the attributes. For example,

Files includes methods such as isHidden( ) and isWritable( ).

The FileSystem, FileSystems, and FileStore Classes

You can easily access the file system through the FileSystem and FileSystems classes packaged in java.nio.file. In fact, by using the newFileSystem( ) method defined by FileSystems, it is even possible to obtain a new file system. The FileStore class encapsulates the file storage system. Although these classes are not used directly in this chapter, you may find them helpful in your own applications.