A very widely used medical instrument, which is utilized to diagnose and monitor cardiac beat abnormalities, is the electrocardiograph.

·        A very widely used medical instrument, which is utilized to diagnose and monitor cardiac beat abnormalities, is the electrocardiograph.

Significant diagnostic features of the ECG signal are:

·        Duration of component parts of the signal 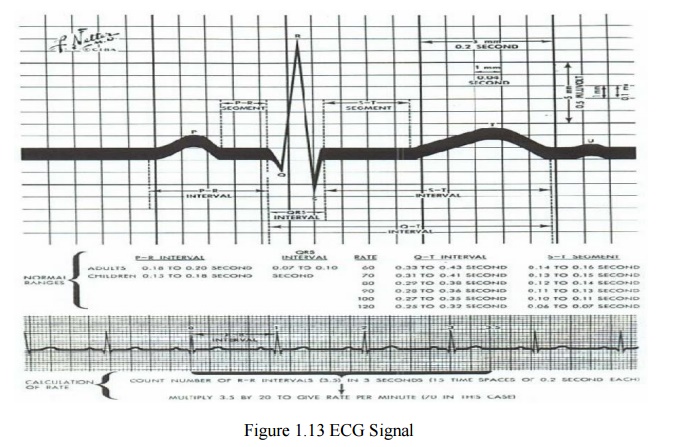 ·        The QRS amplitude, polarity, time duration, the RR interval (indicator of heartbeat per min.) and the T-wave amplitude are some very important and distinctive features of the ECG signal.

Some ECG waveform abnormalities that may indicate illness are:

·        An extended PR interval may be diagnosed as AV node block

A Normal ECG recording for the standard lead connections leads I, II and III (Lead II provides the strongest signal)

Obviously, all human hearts are not the same and this results into a high degree of variability.

Some abnormalities that may indicate illness: 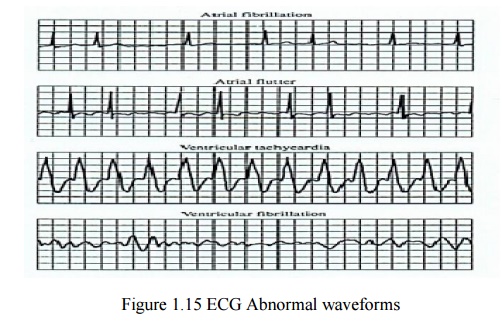 2. Origin of the ECG signal

·        We have already covered this concept extensively in the previous lectures (The Dipole filed of the heart, the Eindhoven’s Triangle, the electrical circuit model for the electrocardiographic problem, etc.) 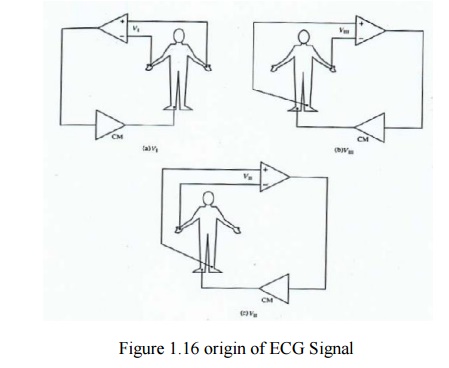 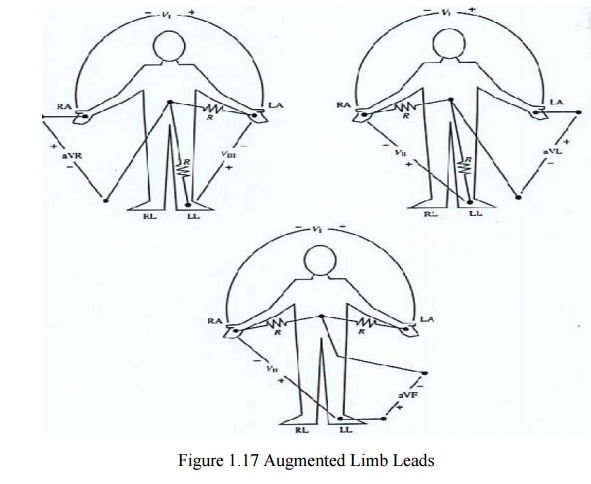 Each measurement is made from the reflected limb and the average of the other two limbs.

For detailed Specs. Refer to the Table in your text “Summary of performance requirements for electrocardiographs”

Location of the Heart

•         The heart is located between the lungs behind the sternum and above the diaphragm. 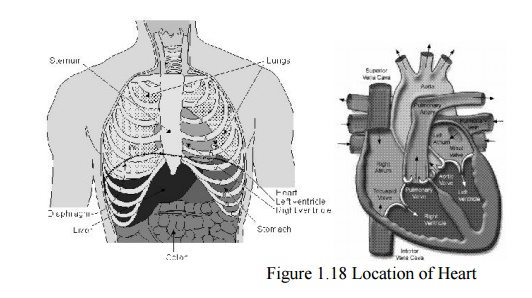 Anatomy of the heart

•         The walls of the heart are composed of cardiac muscle, called myocardium.

–  the right and left atria and ventricles

•         The tricuspid valve regulates blood flow between the right atrium and right ventricle.

•         The mitral valve lets oxygen-rich blood from your lungs pass from the left atrium into the left ventricle.

•         The aortic valve lets oxygen-rich blood pass from the left ventricle i nto the aorta, then to the body. 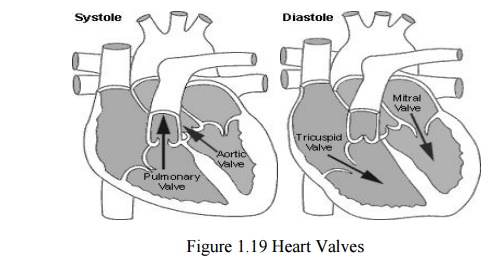 •         The blood returns from the systemic circulation to the right atrium and from there goes through the tricuspid valve to the right ventricle.

•         It is ejected from the rig ht ventricle through the pulmonary valve to t he lungs.

•         Oxygenated blood return s from the lungs to the left atrium, and from there through the mitral valve to the left ventricle.

•         Finally blood is pump ed through the aortic valve to the aort a and the systemic circulation.

Electrical activation of the heart

•         The amplitude of the action potential is also similar, being 100 mV for both nerve and muscle

•         The duration of the card iac impulse is, however, two orders of magnitude longer than in either nerve cell or sceletal muscle cell.

•         As in the nerve cell, repolarization is a consequence of the outflow of K ions.

• contraction, which occurs a little later.

An important distinction between cardiac muscle tissue and skeleetal muscle is that in cardiac muscle, activatiion can propagate from one cell to another in any direction.

•         The signal then passes through the atrioventricular (AV) node.

–  Causes the ventricles to contract. 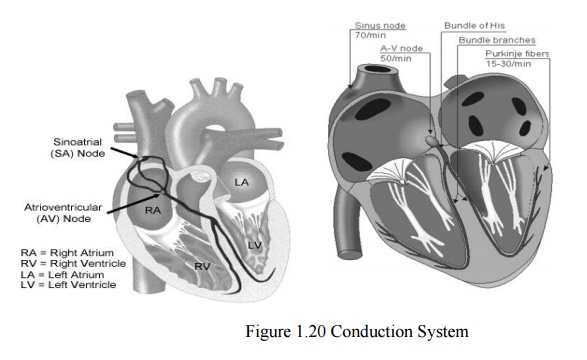 Recording an AP requires the isolation of a single cell.

·   Microelectrodes (with t ips a few μm across) are used to stimulate and record the response. A typical AP i s 2-4ms long with an amplitude of about 100 Mv