Economics is a rapidly growing subject and its horizon has been expanding.

Economics is a rapidly growing subject and its horizon has been expanding. The basic thrust of the subject is that there should be efficient allocation of the available scarce resources to obtain maximum welfare to the people on a sustainable basis. Given below are some of the major branches of the subject, where such efficient resource allocation is made.

Micro Economics is the study of the economic actions of individual units say households, firms or industries. It studies how business firms operate under different market conditions and how the combined actions of buyers and sellers determine prices. Micro economics covers

Macro economics is the obverse of micro economics. It is concerned with the economy as a whole. It is the study of aggregates such as national output, inflation, unemployment and taxes. The General Theory of Employment, Interest and Money published by Keynes is the basis of modern macro economics.

The terms ‘micro economics’ and ‘macro economics’ were first used in economics by Norwegian economist Ragner Frisch in 1933. After Prof. Frisch, the terms earned popularity when J.M. Keynes clearly distinguished between the terms through his book entitled ‘General theory of ‘Employment, Interest and Money’ published in 1936. 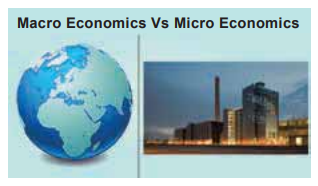 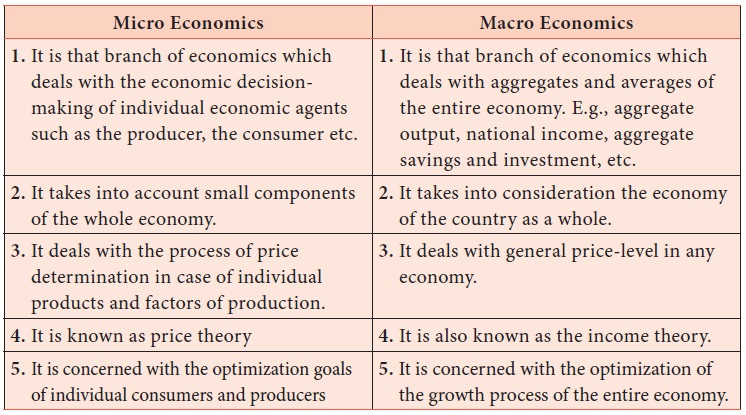 In the modern world, no country can grow in isolation. Every country is having links with the other countries through foreign capital, investment (foreign direct investment) and international trade.

Public finance is concerned with the income or revenue raising and expenditure incurring activities of the public authorities and with the adjustment of the one with the other. The scope of Public Finance covers Public expenditure, Public revenue, Public debt and financial administration.

The countries have been classified into developed, developing and under developed on the criteria of per capita income, Human Development Index and Happiness Index. The Development Economics deals with features of developed nations, obstacles for development, Economic and Non-economic factors influencing development, various growth models and strategies.