Difference between SEM and TEM

Difference between SEM and TEM 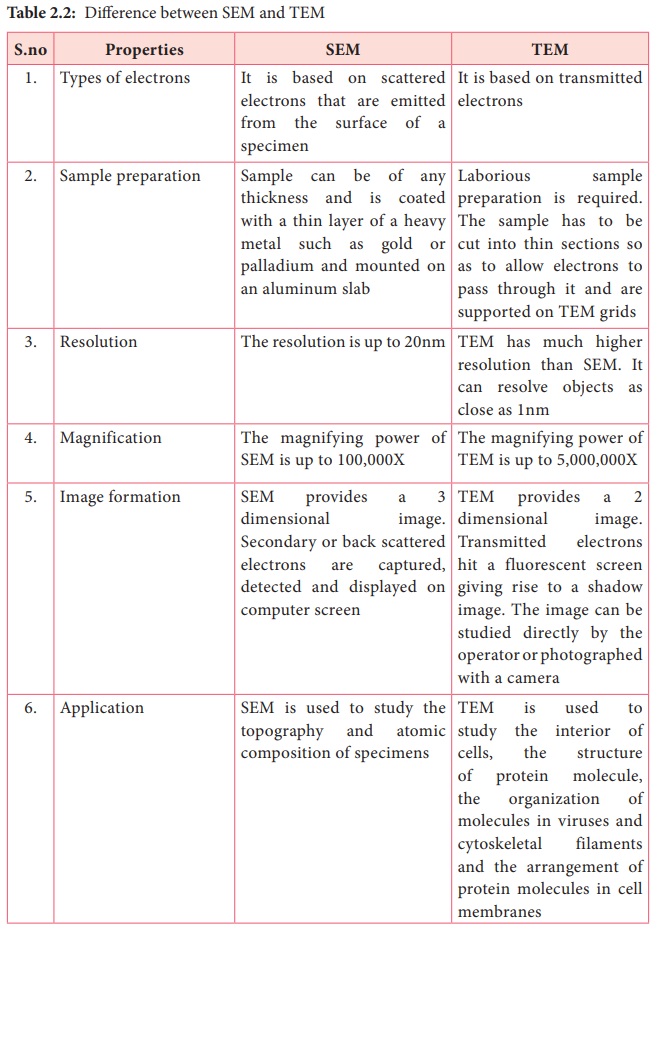 1. Types of electrons : It is based on scattered electrons that are emitted from the surface of a specimen

2. Sample preparation : Sample can be of any thickness and is coated with a thin layer of a heavy metal such as gold or palladium and mounted on an aluminum slab

3. Resolution : The resolution is up to 20nm

5. Image formation : SEM provides a 3 dimensional image. Secondary or back scattered electrons are captured, detected and displayed on computer screen

6. Application : SEM is used to study the topography and atomic composition of specimens

1. Types of electrons : It is based on transmitted electrons

3. Resolution : TEM has much higher resolution than SEM. It can resolve objects as close as 1nm

5. Image formation : TEM provides a 2 dimensional image. Transmitted electrons hit a fluorescent screen giving rise to a shadow image. The image can be studied directly by the operator or photographed with a camera