The seven functional components to which the fibres of a cranial nerve may belong are as follows.

Each functional component has its own nuclei of origin (in the case of efferent fibres) or of termination (in the case of afferent fibres). In the embryo the nuclei related to the various components are arranged in vertical rows (or columns) in a definite sequence in the grey matter related to the floor of the fourth ventricle (Fig. 10.1). The sequence is easily remembered if the following facts are kept in mind. 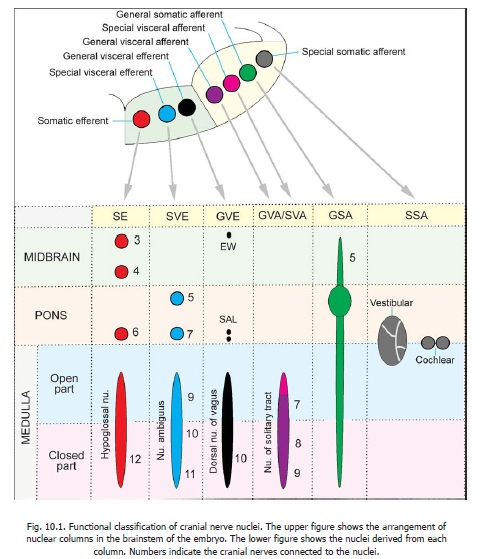 b.              In each part (medial or lateral) visceral nuclei lie nearer the sulcus limitans than somaticnuclei.

Thus in proceeding laterally from the midline the sequence of nuclear columns is as follows.

1. Somatic efferent (SE). This column is not subdivided into general and special parts.

As development proceeds parts of these columns disappear so that each of them no longer extends the whole length of the brainstem, but is represented by one or more discrete nuclei. These nuclei are shown schematically in the lower half of Fig. 10.1. Some nuclei retain their original positions in relation to the floor of the fourth ventricle, but some others migrate deeper into the brainstem. The position of the nuclei relative to the posterior surface of the brainstem is illustrated in Fig. 10.2. The positions of the nuclei as seen in transverse sections of the brainstem are shown in Fig. 10.3. 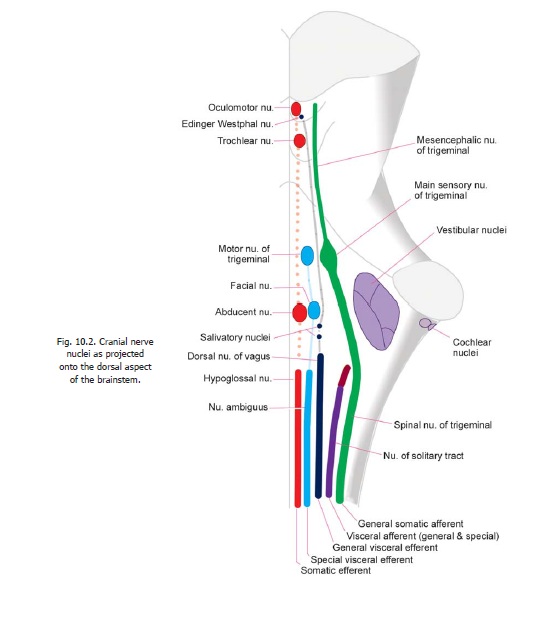 In the description that follows the nuclei of the third to twelfth cranial nerves are considered as they are located in the brainstem. The third and fourth nerves belong to the midbrain; the fifth, sixth, seventh (and part of eighth) to the pons; and the remaining to the medulla. 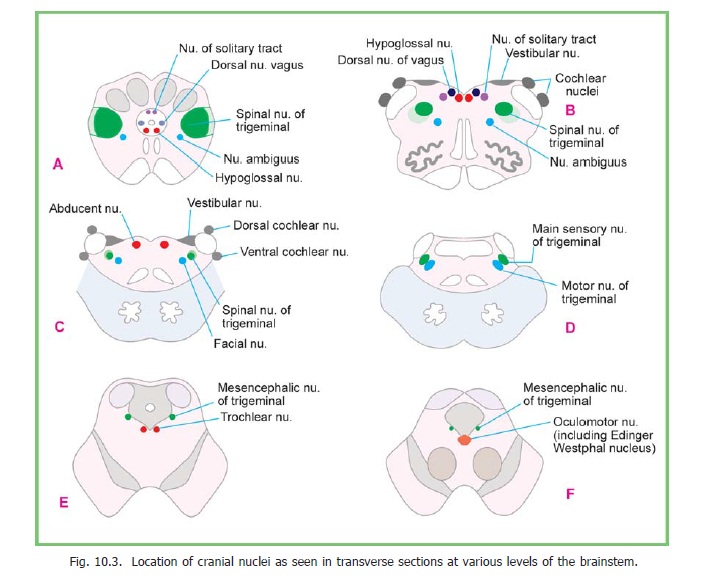