The nature of society was monoistic and its needs were very limited. 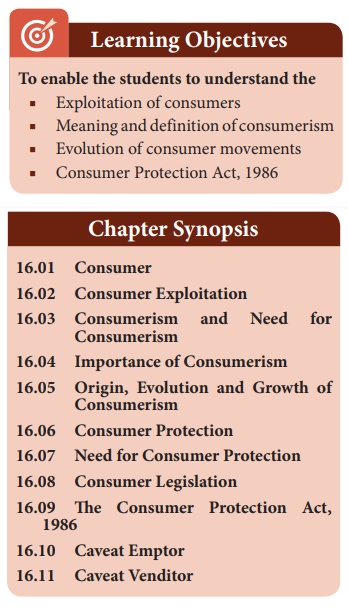 The nature of society was monoistic and its needs were very limited. Before industrial revolution most of the people lived in rural areas and the farmers produced the substantial portion of the goods consumed by them. Businesses were small and the manufacturers produced only those items which could not be produced in agriculture. As the nation became industrialised and the society becoming pluralistic, the raw materials changed their characters through advanced technology. New products appeared and consumers’ dependence of business increased. Consumer dependency and business responsibility are the two sides of a coin. The producer, the consumer and the government are the three constituent elements of business. The consumer is the most exploited constituent in the business world. This lesson explains about the consumer exploitation and consumer protection.