The structure of reluctance motor is same as that of salient pole synchronous machine as shown in fig. The rotor does not have any field winding.

The structure of reluctance motor is same as that of salient pole synchronous machine as shown in fig. The rotor does not have any field winding .The stator has three phase symmetrical winding, which creates sinusoidal rotating magnetic field in the air gap, and the reluctance torque is developed because the induced magnetic field in the rotor has a tendency to cause the rotor to align with the stator field at a minimum reluctance position 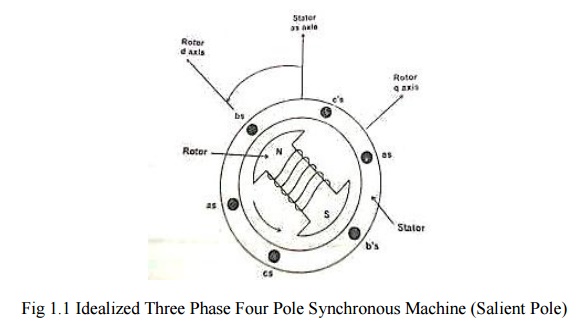 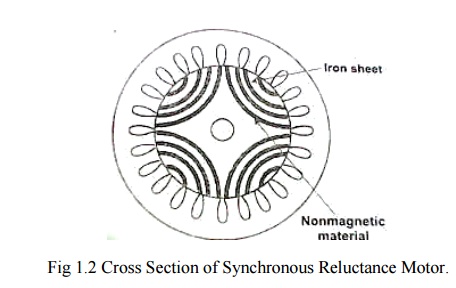 The rotor of the modern reluctance machine is designed with iron laminations in the axial direction separated by non-magnetic material. The performance of the reluctance motor may approach that of induction machine. With high saliency ratio a power factor oh 0.8 can be reached. The efficiency of a reluctance machine may be higher than an induction motor because there is no rotor copper loss. Because of inherent simplicity, robustness of construction and low cost.

The synchronous reluctance motor has no synchronous starting torque and runs up from stand still by induction action. There is an auxiliary starting winding. This has increased the pull out torque, the power factor and the efficiency.

Synchronous reluctance motor is designed for high power applications. It can broadly be classified into 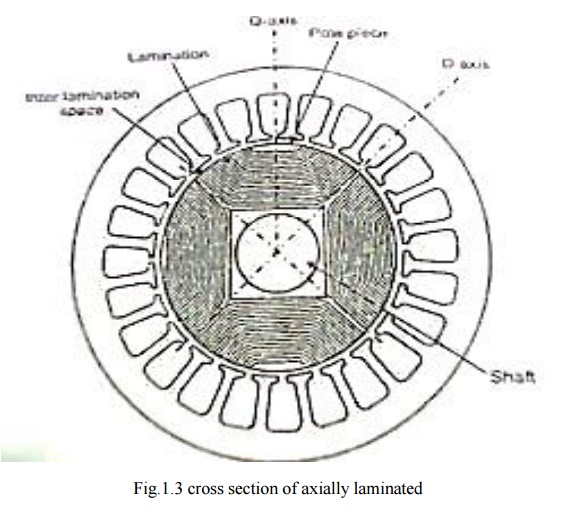 Reluctance motors can deliver very high power density at low cost, making them ideal for many applications. Disadvantages are high torque ripple (the difference between maximum and minimum torque during one revolution) when operated at low speed, and noise caused by torque ripple. Until the early twenty-first century their use was limited by the complexity of designing and controlling them. These challenges are being overcome by advances in the theory, by the use of sophisticated computer design tools, and by the use of low-

cost embedded systems for control, typically based on microcontrollers using control algorithms and real-time computing to tailor drive waveforms according to rotor position and current or voltage feedback. Before the development of large-scale integrated circuits the control electronics would have been prohibitively costly. 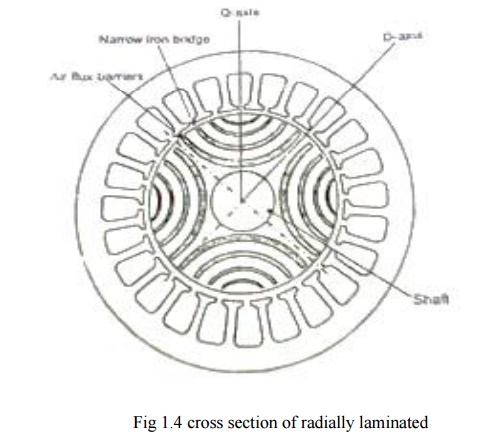 The stator consists of multiple projecting (salient) electromagnet poles, similar to a wound field brushed DC motor. The rotor consists of soft magnetic material, such as laminated silicon steel, which has multiple projections acting as salient magnetic poles through magnetic reluctance. The number of rotor poles is typically less than the number of stator poles, which minimizes torque ripple and prevents the poles from all aligning simultaneously—a position which cannot generate torque.

When a stator pole is energized, the rotor torque is in the direction that will reduce reluctance. Thus the nearest rotor pole is pulled from the unaligned position into alignment with the stator field (a position of less reluctance). (This is the same effect used by a solenoid, or when picking up ferromagnetic metal with a magnet.) In order to sustain rotation, the stator field must rotate in advance of the rotor poles, thus constantly "pulling" the rotor along. Some motor variants will run on 3-phase AC power (see the synchronous reluctance variant below). Most modern designs are of the switched reluctance type, because electronic commutation gives significant control advantages for motor starting, speed control, and smooth operation (low torque ripple).

Dual-rotor layouts provide more torque at lower price per volume or per mass. [The inductance of each phase winding in the motor will vary with position, because the reluctance also varies with position. This presents a control systems challenge.

v     The Dyson Digital Motor used in some products produced by the Dyson company.