The basic components of a map are the 1. Title 2. Scale. 3 Legend or key. 4. Direction 5. Source 6. Map projection and locational information and 7. Coventional signs and symbols

The basic components of a map are the

6. Map projection and locational information and

The scale is a ratio between the actual distance on the ground and the distance shown on the map. Generally the cartographers cannot draw maps the same size as the land. So, they reduce the size of land or features proportionally. For this purpose maps are drawn to scale. Each map has its own scale, which is indicated on the map. Often the scale is shown with a scale bar or a line and number and is placed just below the title or somewhere at the bottom of the map.

To show large areas like continents or countries small scale maps are used. Small scale maps can show only major features omitting the minor ones due to lack of space. For example physical map of the world will show us only the major physical features in the world. It represents more area of the earth but gives us less information.

To show a small area like a taluk or district large scale maps are used.

The large scale maps portray the information in detail than the small scale maps. For example physical map of India represents a small area of the earth but gives us more information. However, there is no criteria for the classification of maps based on scale. It is only a comparative term.

ACTIVITY : Compare and find out the physical features of India which are omitted in the physical map of the world

Scales on maps can be represented in three different ways. They are:

a. If the numerator is in centimeter, the denominator is either in meters or kilometers

b. If the numerator is in inch, the denominator is in miles

It shows the relationship between the map distance and the corresponding ground distance in the same units of length. R.F. is generally shown as a fraction. 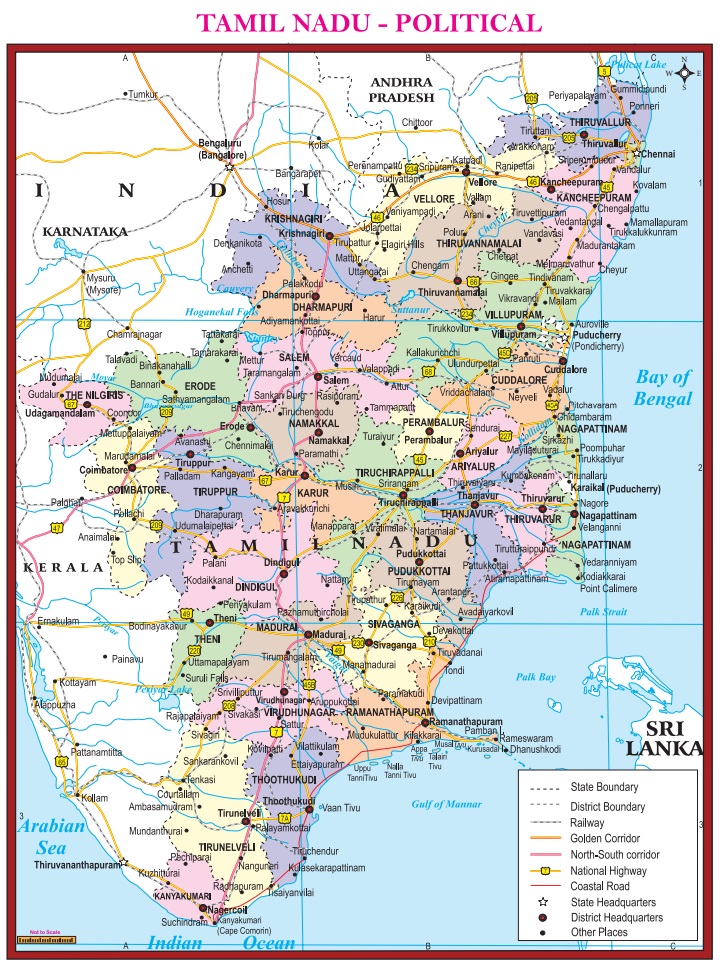 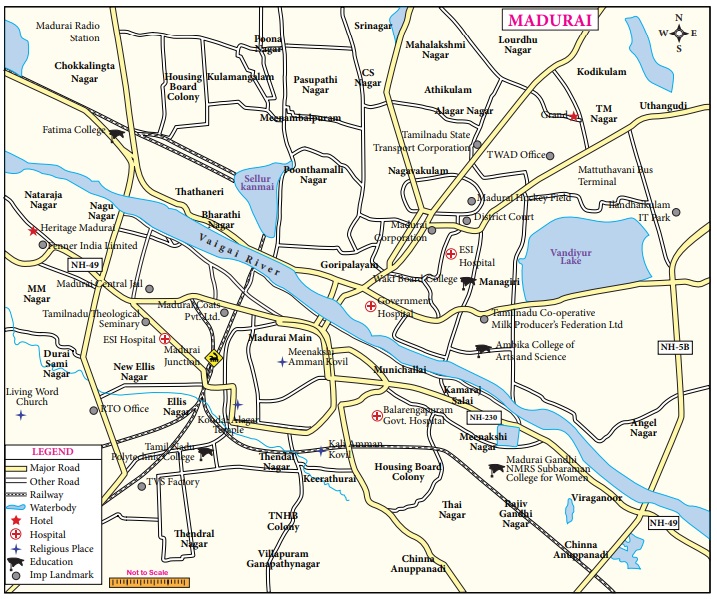 At present there are 37 districts in Tamil Nadu, including the newly created districts such as Kallakurichi, Tenkasi, Chengalpet, Ranipet and Tirupathur.

A graphic scale looks like a small ruler drawn at the bottom of the page. This line is divided and sub divided into lengths each of which represents a certain distance on the ground. In this way distances on the ground can directly be measured and read off from the map by using a piece of string or dividers. This scale has added advantage for taking copies of maps as the measurement does not change. 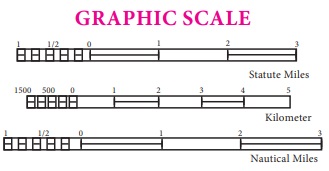 A map key or legend is included in a map to unlock it. It gives you the information needed for the map to make sense. Maps often use symbols or colours to represent things, and the map key explains what they mean. Symbols in the key might be pictures or icons that represent different things on the map. 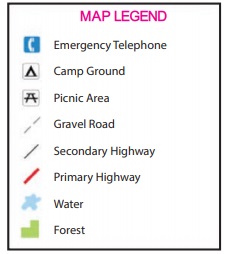 A map must indicate direction. This is done by means of an arrow pointing to the north. Once the north is located, it is easy to find the rest of the directions. Directions on a map are often given with symbol called a compass rose, which always shows north. Sometimes all the Cardinal directions such as north, south, east and west are shown. In addition the Intermediate directions of north east, north west, south east and south west may be given. 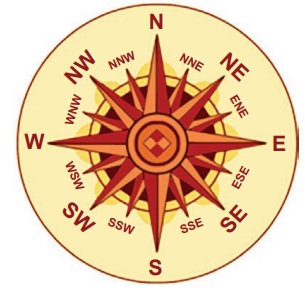 A map projection is a way of representing the spherical earth on a flat surface of a map. The curved surface of the earth cannot be shown accurately on a map. So, cartographers use map projections while mapping the earth surface which would help them to reduce distortions. Latitudes and longitudes marked on maps give the locational information of the area covered in the respective maps.

Conventional signs are symbols used in maps to represent different features. The symbols are explained in the key of the map. These symbols give a lot of information in a limited space. With the use of these symbols, maps can be drawn easily and the concept of the map can be understood well. There is an International agreement regarding the use of certain symbols. The symbols fall under this category are Called Conventional Symbols. Other category is called contextual symbols which are decided by the cartographers. 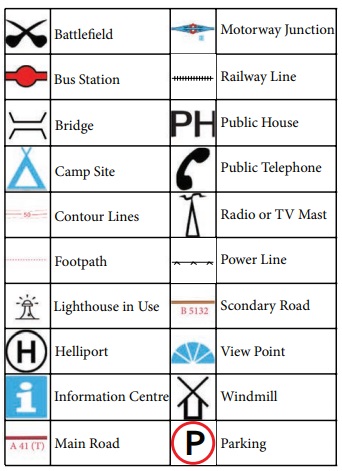