In common emitter configuration circuit is shown in figure. Here emitter is grounded and it is used as the common terminal for both input and output. 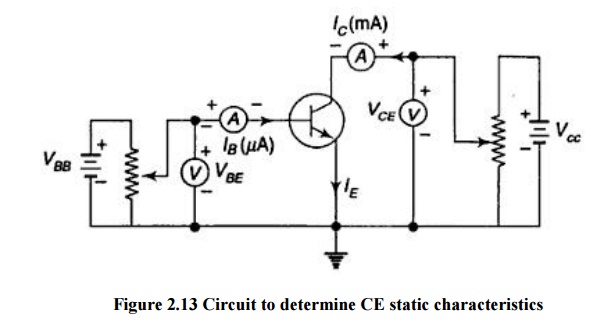 It is defined as the characteristic curve drawn between input voltages to input current whereas output voltage is constant.

To determine input characteristics, the collector base voltage VCB is kept constant at zero and base current IB is increased from zero by increasing VBE.This is repeated for higher fixed values of VCE.

A curve is drawn between base current and base emitter voltage at constant collector base voltage is shown in figure2.14. Here the base width decreases. So curve moves right as VCE increases. 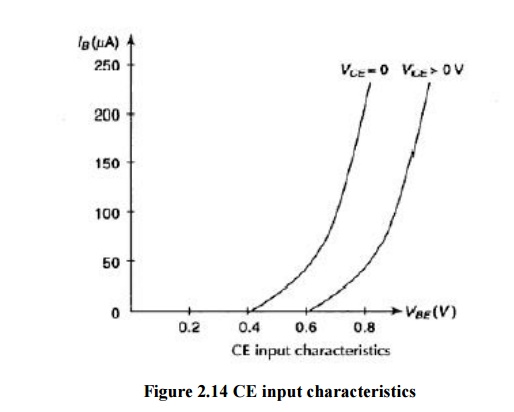 It is defined as the characteristic curve drawn between output voltage to output current whereas input current is constant.

To determine output characteristics, the base current IB i s kept constant at zero and collector current Ic is increased from zero by increasing VCE.This is repeated for higher fixed values of IB.

From the characteristic it is seen that for a constant value of IB, Ic is independent of VCB and the curves are parallel to the axis of VCE. 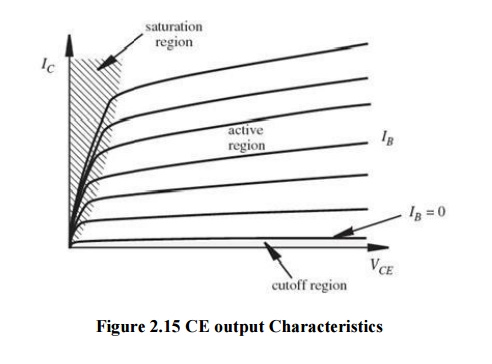 The output characteristic has 3 basic regions:

A comparison of CB, CE and CC Configurations