Some of the enzymes are simple proteins.

·     Some of the enzymes are simple proteins. Examples: amylase, trypsin. Many enzymes require one or more non-protein components called cofactors. If the cofactor is an organic molecule, it is known as coenzyme. The cofactor may also be a metal ion. 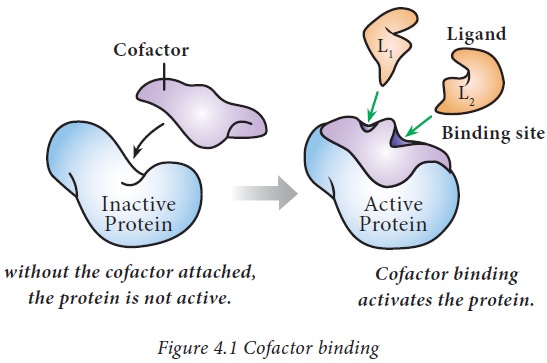 ·     The protein part of the enzyme is known as ‘apoenzyme’. The entire enzyme system consisting of the apoenzyme and coenzyme (or) prosthetic group is known as holoenzyme.

·     Most of the coenzymes are linked to their apoenzymes by noncovalent forces. Example: The coenzyme ATP is attached to its apoenzyme hexokinase through weak non-bonding interactions.

·     The coenzymes undergo alterations during enzymatic reaction. Hence the coenzymes are regarded as second substrates (or) cosubstrates.

·     Many coenzymes are the derivatives of water soluble B-complex vitamins. Examples: Niacin.

·     Nucleotides and their derivatives can act as coenzymes.

·     The specificity of an enzyme is mostly dependent on the apoenzyme and not on the coenzyme. For example, NAD+ functions as coenzyme for several enzymes like alcohol dehydrogenase and lactate dehydrogenase. 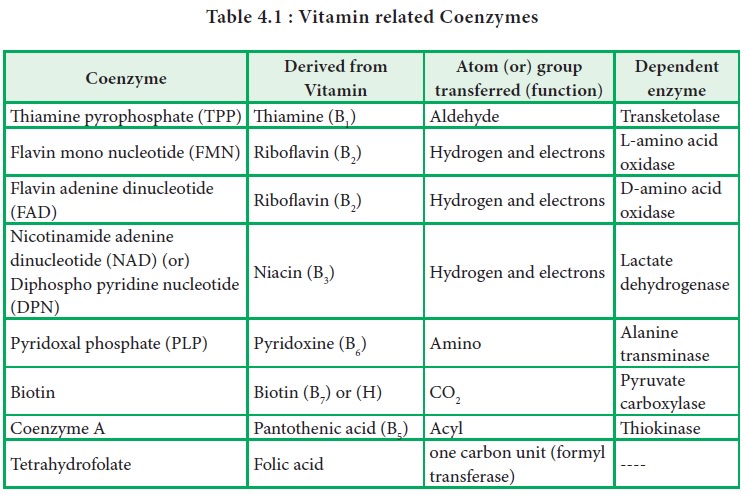