The most comprehensive system for the classification of enzymes was devised in 1961 by the Enzyme Commission of International Union of Biochemistry (IUB).

The most comprehensive system for the classification of enzymes was devised in 1961 by the Enzyme Commission of International Union of Biochemistry (IUB).

The 6 major classes of enzymes are 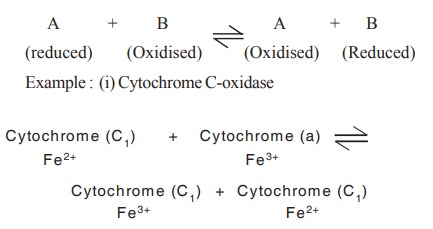 In this reaction cytochrome C1 is oxidised and cytochrome a is reduced simultaneously by the action of cytochrome C-oxidase.

Enzymes catalysing the transfer of a group (x) from one substrate(AX ) to another are known as transferases.

The reaction catalysed by alanine transaminase (ALT) is

In this reaction the amino group from alanine is transferred to α-ketoglutarate to form glutamate.

These enzymes are further divided into subclasses on the basis of nature of the group transferred.

The hydrolases are those enzymes which catalyse hydrolysis reactions i.e the direct addition of water molecule (s) across the bond, which is to be cleaved. The substrate for these enzymes are esters, ethers, peptides and glycosides.

Example : Pepsin. This enzyme is a gastro intestinal enzyme which is proteolytic in nature and involve in the hydrolysis of proteins present in the food. 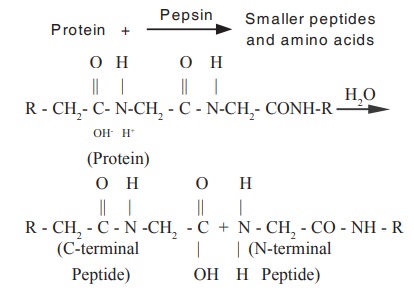 The hydrolases are divided into several subclasses, depending on the nature of the group or bond being hydrolysed viz., 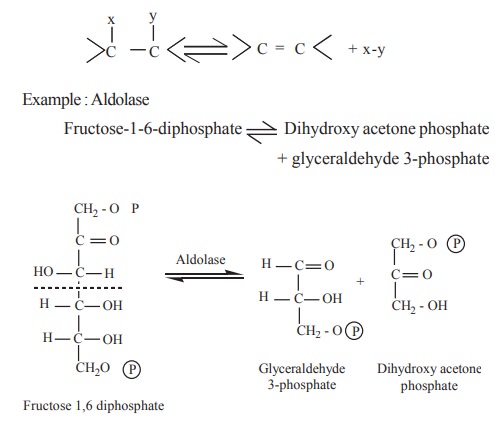 The lyases are further classified on the basis of the linkage they attack viz., acting on

Retinene isomerase catalyses the conversion of

The isomerases are further divided into the subclasses

These enzymes are otherwise known as synthetases. They catalyse synthesis reactions by joining two molecules, coupled with the breakdown of a phosphate bond of adenosine triphosphate. ATP cleavage provides energy for the new bond formation.

Example : Formation of malonyl CoA from acetyl CoA in the presence of acetyl CoA carboxylase.

The subclasses of ligases are based on the nature of bond formed in the product. Formation of

Class, subclass and enzyme numbers of some enzymes