Boolean functions are represented in various forms. The two popular forms are truth table and venn diagrams. Truth tables represent functions in a tabular form, while Venn diagrams provide a graphic representation. In addition, there are two algebraic representations know as the standard (or normal) form and the canonical form. 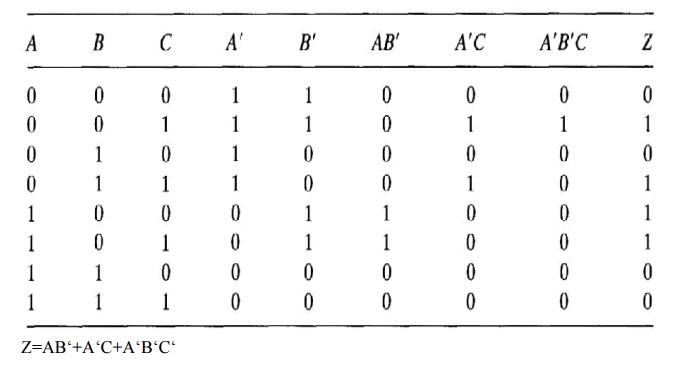 An expanded form of Boolean expression, where each term contains all Boolean variables in their true or complemented form, is also known as the canonical form of the expression. As an illustration,

is a Boolean function of three variables expressed in canonical form. This function after simplification reduces to

and loses its canonical form.