The grave concern about depletion of fossil fuels, especially petroleum-based ones, has led to interest in developing renewable energy sources.

The grave concern about depletion of fossil fuels, especially petroleum-based ones, has led to interest in developing renewable energy sources. Most kinds of organic matter can be used as fuel. Wood and animal dung have been used for centuries, and continue to be used in many parts of the world. Still, many kinds of engines are designed to operate with liquid fuels, such as gasoline in cars. Ethanol is a common liquid product of fermentation of carbohydrates, and its use as a fuel is being discussed widely. 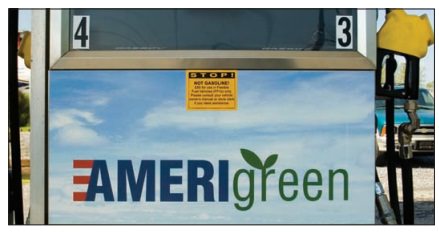 It is possible to use any number of carbohydrate sources to obtain ethanol. Paper mill waste, peanut shells, sawdust, and gar-bage have all been used in the past. Note that paper and sawdust are primarily cellulose, which is a polymer of glucose. Almost any kind of plant material can be fermented to produce ethanol, which is then recovered by distillation. Perhaps the most widely used source of ethanol is corn. It is certainly a widely grown crop, especially in the United States. Sorghum and soybeans have also been suggested as sources, and they are also widely grown crops. Many farming communities in the Midwest have welcomed this trend as an economic boon. On the other hand, concerns have been raised about diversion of food crops for energy, and many economists are predicting an increase in prices of many food items as the supply of food crops decreases to make way for biofuel crops. This point is the subject of a number of editorials and letters to the editor in a wide spectrum of both science and business news media. The use of biofuels, particularly in the form of ethanol, is in its infancy. We can expect to hear much more discussion of the subject in the next few years.