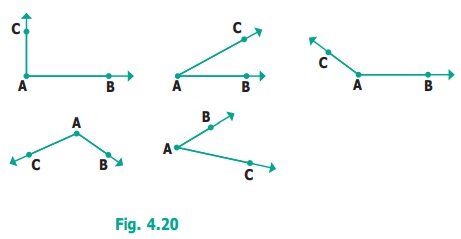 We can do the same with two line segments also. See the figures given below.

When two rays or line segments meet at their end points, they form an angle at that point.

are the sides and ‘A’ is the vertex which is the meeting point of both the line segments. 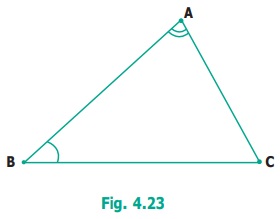 Note that ∠BAC is not the same as ∠ABC, as they have different vertices and different sides 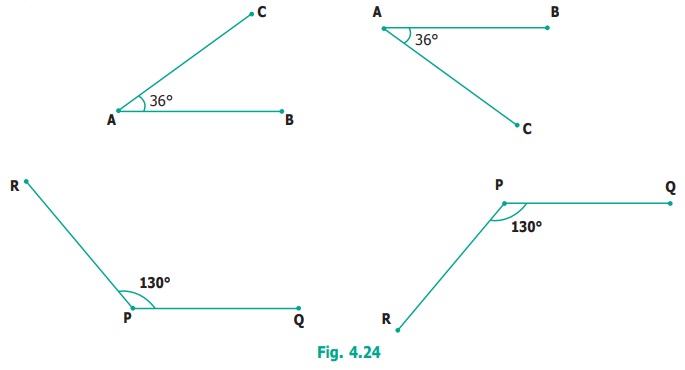 See that angles can be equal even if they are positioned differently.

Some angles are special. 90° is one such. We call it as the right angle.

Right angle is most common in life. Examples can be seen at cross-roads, chess board, TV, etc.

Each of the angles in the above Fig. 4.26 is less than a right angle. Angles smaller than 90º are called Acute angles.

Each of the angles in the above Fig. 4.27 is greater than right angle. Angles more than 90º are called Obtuse angles.

1. Which direction will you face if you start facing West and take three right turns clockwise?

2. Which direction will you face if you start facing North and take two right turns anti-clockwise?