Steps To Measure an angle

Step 1 Place the centre of the protractor on the vertex of the angle and line up the base line with 0°.

Step 2 Read the measure where the other ray crosses the protractor.

Use a Protractor to draw an angle 90º. 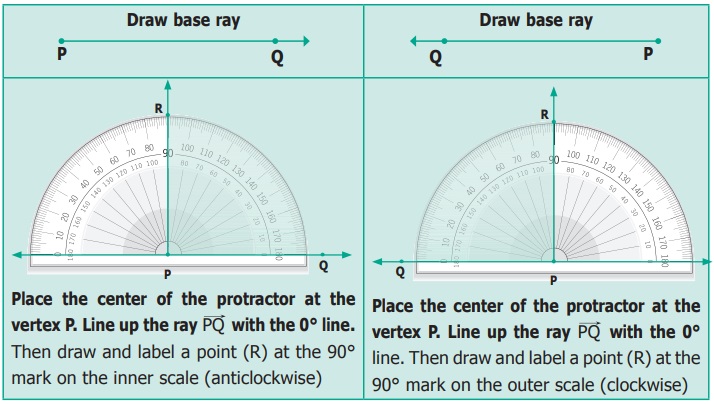 Use a Protractor to draw an angle 45°. 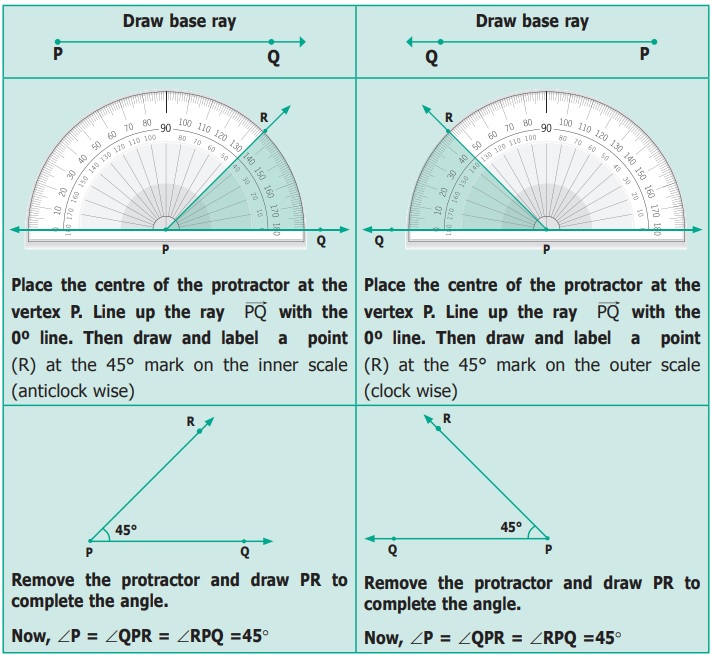 Use a protractor to draw an obtuse angle 120°. 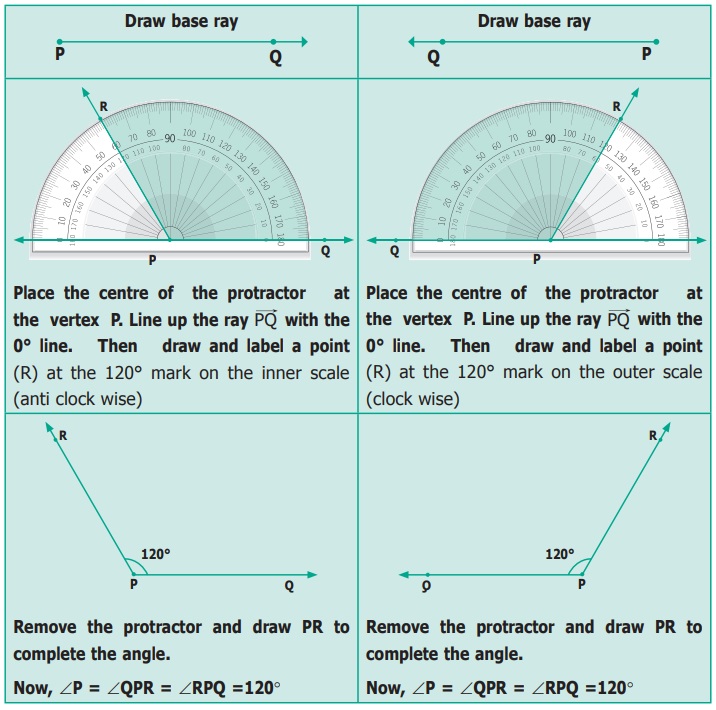 Reflex angles are bigger than 180°. Always subtract the given angle from 360° to get the reflex angle.

and let’s have another line segment

, go on rotating AC to the left. 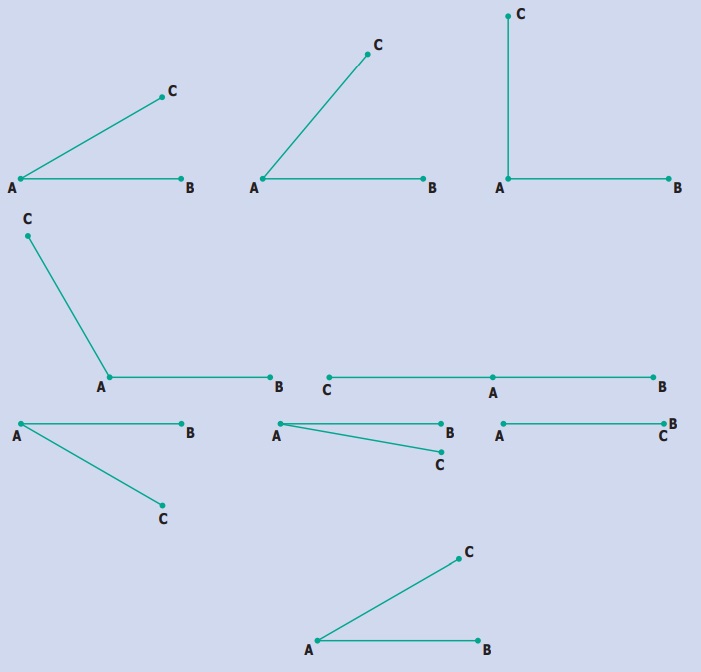 and then we are back to the same as before. So angle, keep on increasing and after some point, return to 0º.

Is this familiar? Yes, you can see this in a clock!

Adjust the hands of the clock for the following time, note the angle made between the hour hand and the minute hand and write the type of angle.