The analysis of a synchronous sequential circuit is the process of determining the functional relation that exists between its outputs, and its internal states.

For a circuit can be 2n rows in the state table. If there are m inputs to the circuit, there will be 2n column in the state table. At the intersection of each row and column, the next stable and the output information are recorded. A state diagram is a graphical representation of the state table in which each state is represented by a circle and the state transitions are represented by arrows between the circles. The input combination that brings about the transition and the corresponding output information are shown on the arrow. Analysing a sequential circuit thus corresponds to generating the state table and the state diagram for the circuit. The state table or state diagram can be used to determine to output sequence generated by the circuit for a given input sequence if the initial state it known. It is important to note that for proper operation, a sequential circuit must be in its initial state before the inputs to it can be applied. Usually the power up circuits are used to initialize the circuit to the appropriate state when the never is turned on. 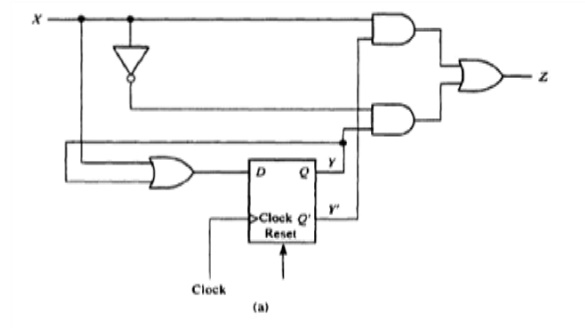 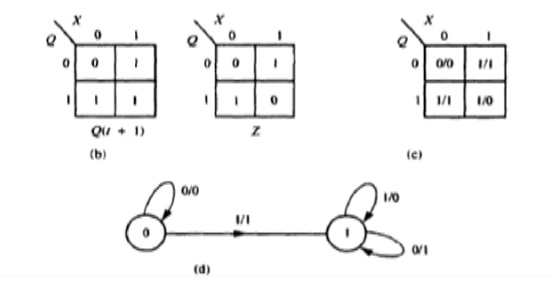