A flowchart is a schematic representation of an algorithm or a stepwise process, showing the steps as boxes of various kinds, and their order by connecting these with arrows. Flowcharts are used in designing or documenting a process or program.

A flowchart is a schematic representation of an algorithm or a stepwise process, showing the steps as boxes of various kinds, and their order by connecting these with arrows. Flowcharts are used in designing or documenting a process or program.

A flow chart, or flow diagram, is a graphical representation of a process or system that details the sequencing of steps required to create output.

A flowchart is a picture of the separate steps of a process in sequential order.

A high-level (also called first-level or top-down) flowchart shows the major steps in a process. It illustrates a "birds-eye view" of a process, such as the example in the figure entitled High-Level Flowchart of Prenatal Care. It can also include the intermediate outputs of each step (the product or service produced), and the sub-steps involved. Such a flowchart offers a basic picture of the process and identifies the changes taking place within the process. It is significantly useful for identifying appropriate team members (those who are involved in the process) and for developing indicators for monitoring the process because of its focus on intermediate outputs.

Most processes can be adequately portrayed in four or five boxes that represent the major steps or activities of the process. In fact, it is a good idea to use only a few boxes, because doing so forces one to consider the most important steps. Other steps are usually sub-steps of the more important ones.

The detailed flowchart provides a detailed picture of a process by mapping all of the steps and activities that occur in the process. This type of flowchart indicates the steps or activities of a process and includes such things as decision points, waiting periods, tasks that frequently must be redone (rework), and feedback loops. This type of flowchart is useful for examining areas of the process in detail and for looking for problems or areas of inefficiency. For example, the Detailed Flowchart of Patient Registration reveals the delays that result when the record clerk and clinical officer are not available to assist clients.

A deployment flowchart maps out the process in terms of who is doing the steps. It is in the form of a matrix, showing the various participants and the flow of steps among these participants. It is chiefly useful in identifying who is providing inputs or services to whom, as well as areas where different people may be needlessly doing the same task. See the Deployment of Matrix Flowchart.

The benefits of flowcharts are as follows:

1.     Communication: Flowcharts are better way of communicating the logic of a system to all concerned.

2.   Effective analysis: With the help of flowchart, problem can be analysed in more effective way.

Proper documentation: Program flowcharts serve as a good program documentation, which is needed for various purposes.

4.    Efficient Coding: The flowcharts act as a guide or blueprint during the systems analysis and program development phase.

6.    Efficient Program Maintenance: The maintenance of operating program becomes easy with the help of flowchart. It helps the programmer to put efforts more efficiently on that part

·        Logic Flowcharts are easy to understand.They provide a graphical representation of actions to be taken.

·        Logic Flowcharts are well suited for representing logic where there is intermingling among many actions.

·        Logic Flowcharts may encourage the use of GoTo statements leadingsoftware design that is unstructured with logic that is difficult to decipher.

·        Without an automated tool, it is time-consuming to maintain Logic Flowcharts.

·        Logic Flowcharts may be used during detailed logic design to specify a module.

·        However, the presence of decision boxes may encourage the use of GoTo statements, resulting in software that is not structured. For this reason, Logic Flowcharts may be better used during Structural Design

1.     Complex logic: Sometimes, the program logic is quite complicated. In that case, flowchart becomes complex and clumsy.

2.      Alterations and Modifications: If alterations are required the flowchart may require re-drawing completely.

3.   Reproduction: As the flowchart symbols cannot be typed, reproduction of flowchart becomes a problem.

4.   The essentials of what is done can easily be lost in the technical details of how it is done.

GUIDELINES FOR DRAWING A FLOWCHART 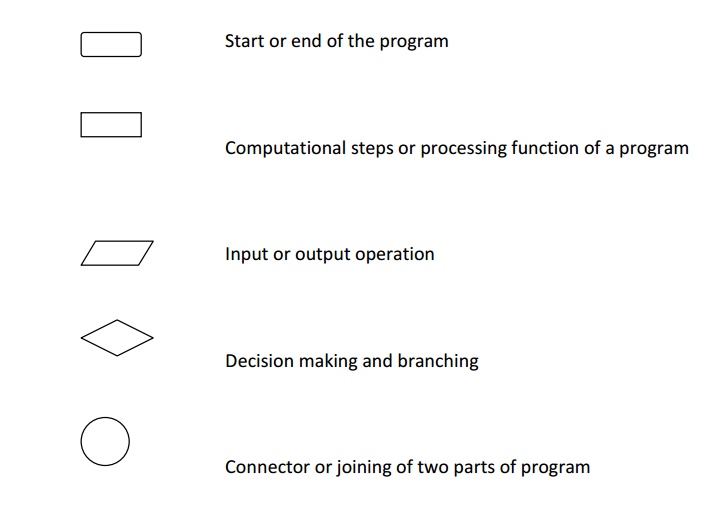 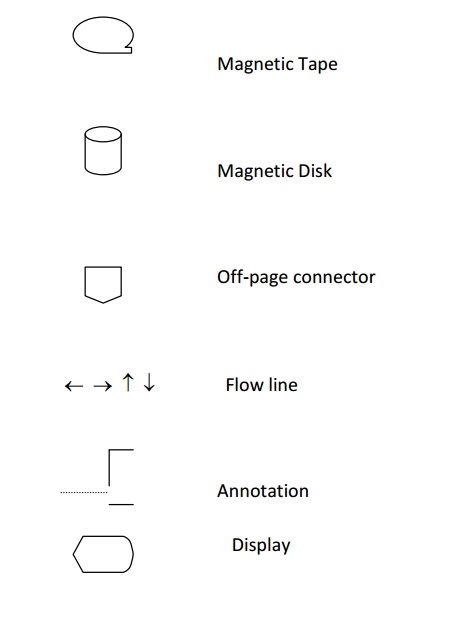 The following are some guidelines in flowcharting:

A flowchart for computing factorial N (N!) Where N! = 1 * 2 * 3 *...* N. This flowchart represents a "loop and a half" — a situation discussed in introductory programming textbooks that requires either a duplication of a component (to be both inside and outside the loop) or the component to be put inside a branch in the loop

WHILE There Is Data 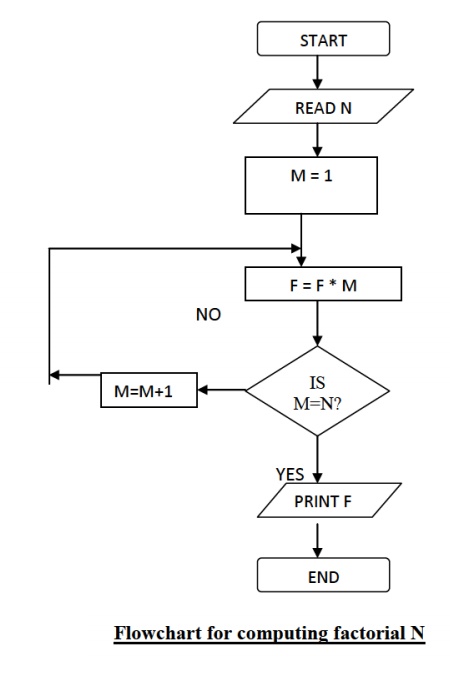