We will properly introduce them to you, and they are going to be your friends in whatever mathematical journey you undertake from here on.

Now that’s a polynomial. That does not look very special, does it? We have seen a lots of algebraic expressions already, so why to bother about these? There are many reasons why polynomials are interesting and important in mathematics.

For now, we will just take one example showing their use. Remember, we studied lots of arithmetic and then came to algebra, thinking of variables as unknown numbers. Actually we can now get back to numbers and try to write them in the language of algebra.

Consider a number like 5418. It is actually 5 thousand 4 hundred and eighteen.

which again can be written as:

Now it should be clear what this is about. This is of the form 5x3 + 4x2 + x + 8, which is a polynomial. How does writing in this form help? We always write numbers in decimal system, and hence always x = 10. Then what is the fun? Remember divisibility rules? Recall that a number is divisible by 3 only if the sum of its digits is divisible by 3. Now notice that if x divided by 3 gives 1 as remainder, then it is the same for x2, x3, etc. They all give remainder 1 when divided by 3. So you get each digit multiplied by 1, added together, which is the sum of digits. If that is divisible by 3, so is the whole number. You can check that the rule for divisibility by 9, or even divisibility by 2 or 5, can be proved similarly with great ease. 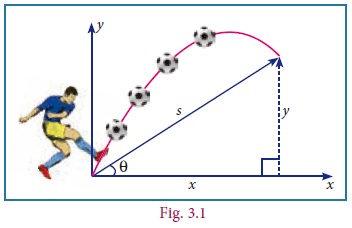 Our purpose is not to prove divisibility rules but to show that representing numbers as polynomials shows us many new number patterns. In fact, many many objects of study, not just numbers, can be represented as polynomials and then we can learn many things about them.

In algebra we think of x2, 5x2–3, 2x+7 etc as functions of x. We draw pictures to see how the function varies as x varies, and this is very helpful to understand the function. And now, it turns out that a good number of functions that we encounter in science, engineering, business studies, economics, and of course in mathematics, all can be approximated by polynomials, if not actually be represented as polynomials. In fact, approximating functions using polynomials is a fundamental theme in all of higher mathematics and a large number of people make a living simply by working on this idea. 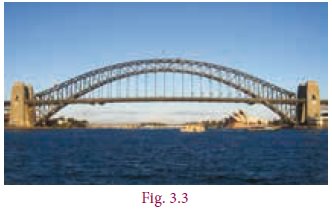 Polynomials are extensively used in biology, computer science, communication systems ... the list goes on. The given pictures (Fig. 3.1, 3.2 & 3.3) may be repsresented as a quardartic polynomial. We will not only learn what polynomials are but also how we can use them like in numbers, we add them, multiply them, divide one by another, etc.

Observe the given figures.

Variables are usually denoted by letters such as x, y , z, etc. In the above algebraic expression the numbers 4, 2 are called constants. Hence the constant is a symbol, which has a fixed numeric value.

An algebraic expression is a combination of constants and variables combined together with the help of the four fundamental signs.

Examples of algebraic expression are

Any real number is a constant. We can form numerical expressions using constants and the four arithmetical operations.

The use of variables and constants together in expressions give us ways of representing a range of numbers, one for each value of the variable. For instance, we know the expression 2pr, it stands for the circumference of a circle of radius r. As we vary r, say, 1cm, 4cm, 9cm etc, we get larger and larger circles of circumference 2p, 8p, 18p etc.

The single expression 2pr its a short and compact description for the circumference of all these circles. We can use arithmetical operations to combine algebraic expressions and get a rich language of functions and numbers. Letters used for representing unknown real numbers called variables are x, y, a, b and so on. 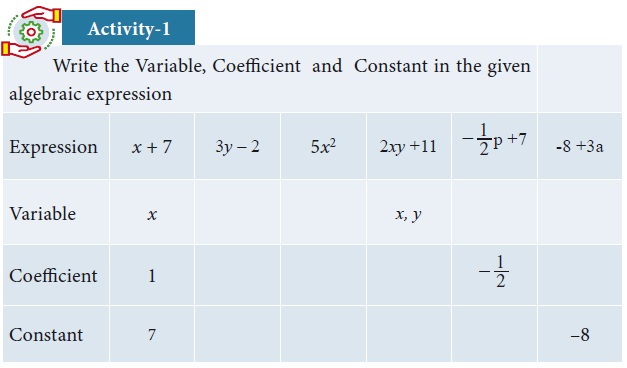