Real numbers can be thought of as points on an infinitely long number line called the real line, where the points corresponding to integers are equally spaced. 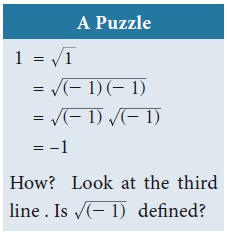 1. The Square Root of a Real Number

You have already come across the concept of the square root of a whole number,  decimal fractions etc. While you easily compute values like √169 (which give whole number answers), you also encounter values like √5, √18 , ... etc that yield irrational solutions.

If a is a rational number, any irrational number of the form √a will sometimes be  referred to as a surd. A real number such as 2√3 will be loosely referred to as surd, since it  can be expressed as √12 (How?). We may also say an expression such as √3 + √2  is a surd, although technically we should say that it is a sum of two surd.

Is the number π a surd? No. It cannot be expressed as the root of a rational number, or a finite combination of such numbers.

If a,b are positive numbers, then

Find whether x and y are rational or irrational in the following. 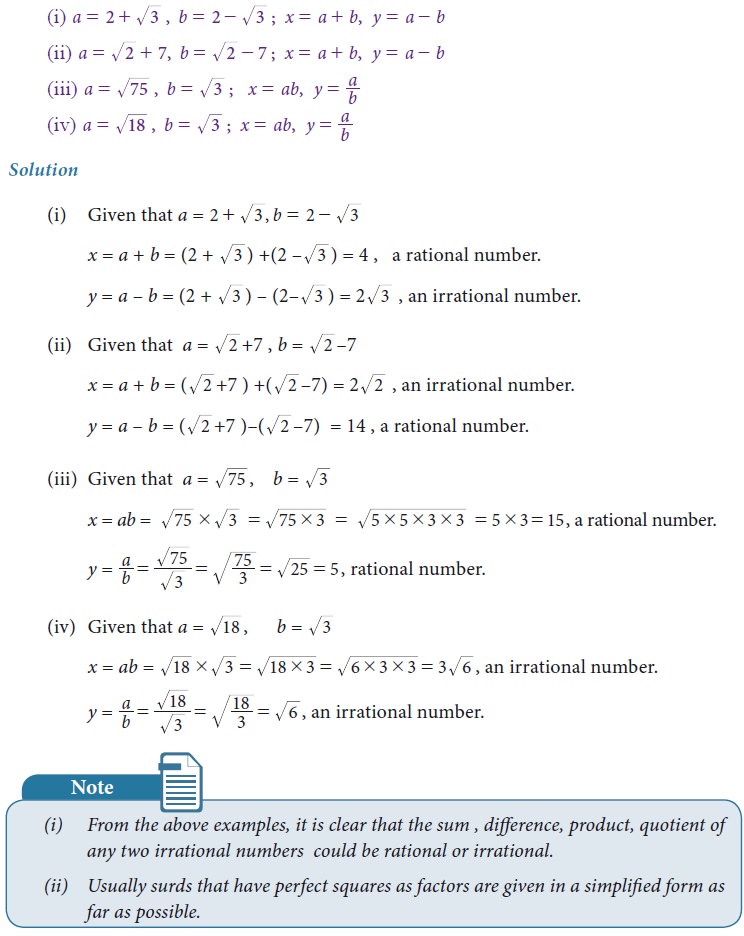 We can visualise the representation of numbers on the number line, as if we glimpse through a magnifying glass. 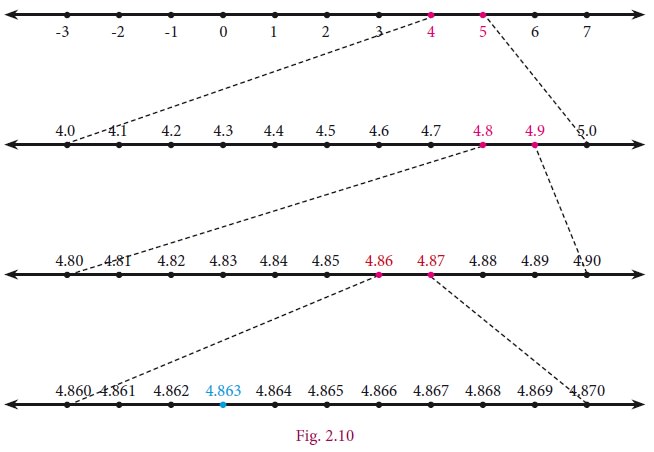 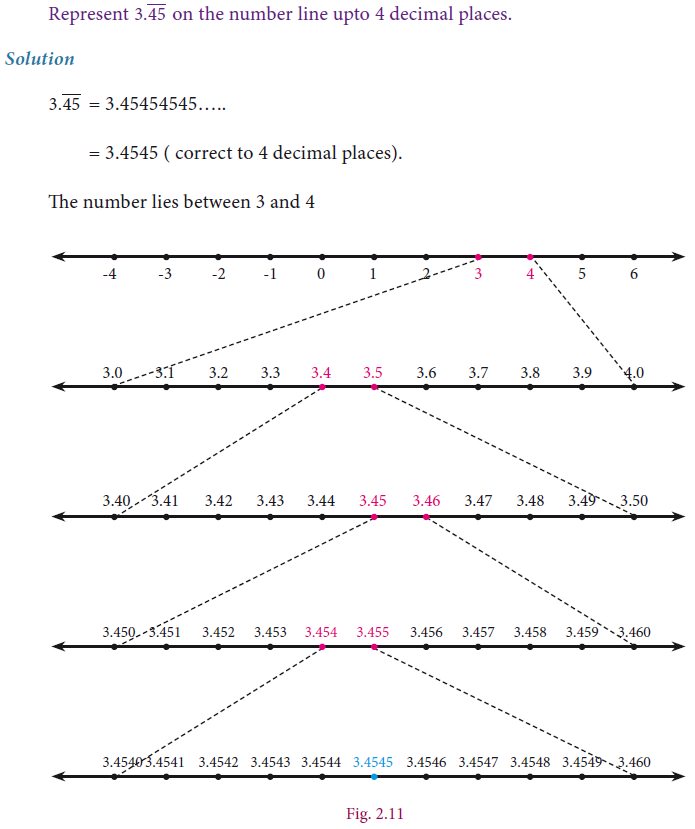