Multicellular organisms, including people, age and eventually die; our cells do not have infinite life spans.

Multicellular organisms, including people, age and eventually die; our cells do not have infinite life spans. It has been proposed that some cells capable of mito-sis are limited to a certain number of divisions; that is, every division is sort of a tick-tock off a biological clock. We do not yet know exactly what this cellular biological clock is. There is evidence that the ends of chromosomes, called telomeres, may be an aspect of it. With each cell division, part of the telomeres is lost (rather like a piece of rope fraying at both ends), and eventually the telomeres are gone. With the next divi-sion, the ends of the chromosomes, actual genes, begin to be lost. This may be one signal that a cell’s life span has come to an end (there are probably many dif-ferent kinds of signals).

Cellular aging also involves the inevitable deterio-ration of membranes and cell organelles. Just as the parts of a car break down in time, so too will cells. Unlike cars or machines, however, cells can often repair themselves, but they do have limits. As cells age, structural proteins break down and are not replaced, or necessary enzymes are not synthesized. Proteins called chaperones, which are responsible for the proper folding of many other proteins and for the repair or disposal of damaged proteins, no longer function as well as cells age. Without chaper-ones, damaged proteins accumulate within cells and disrupt normal cellular processes. Clinical manifesta-tions of impaired chaperones include cataracts  and neurodegenerative diseases such as Alzheimer’s disease, Parkinson’s disease, and Huntington’s disease (see Table 21–4).

Much about the chemistry of the aging process remains a mystery, though we can describe what hap-pens to organs and to the body as a whole. 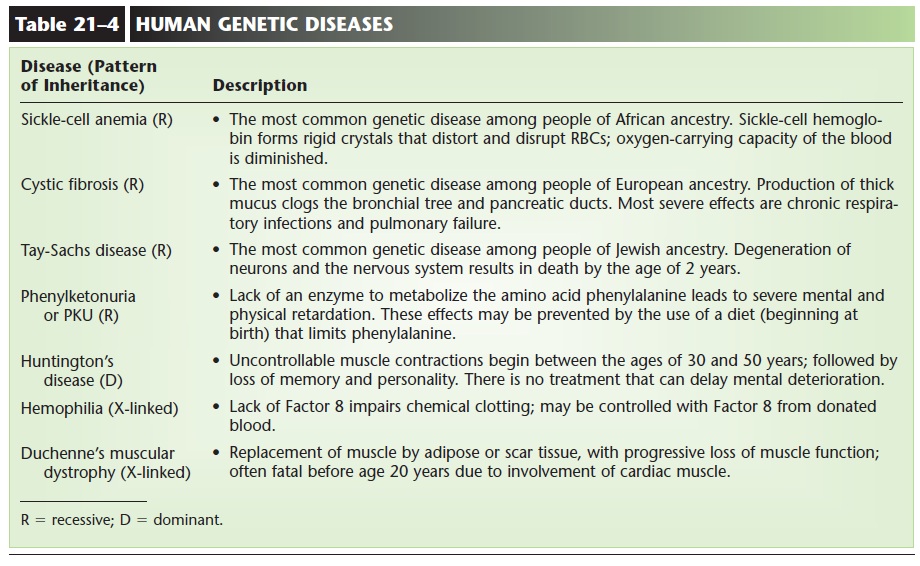