Yoga is an ancient art based on harmonizing system of development for the body mind and spirit.

Yoga is an ancient art based on harmonizing system of development for the body mind and spirit. The continued practice of yoga will lead you to sense of peace and well being and also a feeling of being at one with their environment.

Yoga philosophy is an art and science of living. Yoga has its origin in the Vedas, The oldest record of Indian culture. It was systematize of by the great Indian sage Patanjali in the yoga sutra as a special Darshana. Yoga gurus from India later introduced yoga to the West, following the success of Swami Vivekananda in the late 19th and early 20th century. In the 1980s, yoga became popular as a system of physical exercise across the Western world.

It is a means of compressing one’s evolution into a single life or a few months or even a few hours of one’s bodily existence.

Yoga is a science as well as art of healthy living physically, mentally, morally, spiritually.

“Maharishi Patanjali” rightly called as the Father of yoga, compiled and refined various aspects of yoga systematically in his “Yoga sutras”.

The term “yoga” has been applied to a variety of practices and methods, including Jain and Buddhist practices. In Hinduism these include, they are: 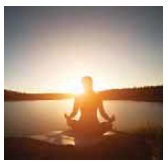 A set of Asanas, Mudras, Pranayamas practiced with faith, perseverance and insight rejuvenates all parts of the body, by ensuring oxygenated and balanced blood supply.

·           Yoga means a holistic approach towards the cause and treatment of disease.

·           The basic approach of yoga is to correct the life style by cultivating a rational positive and spiritual attitude towards all life situation.

·           Yoga also takes up the cleansing of the body as the first measure to fight disease.

·           It preventing the disease and promoting health by reconditioning psycho-physiological mechanism of the individual.

Experts of various branches of medicine are realizing the role of these techniques in the prevention of disease and promotion of health.

In recent times there is a growing awareness among the people about the efficacy and utility of yoga in keeping one fit at physical, mental, emotional, social, spiritual plans. 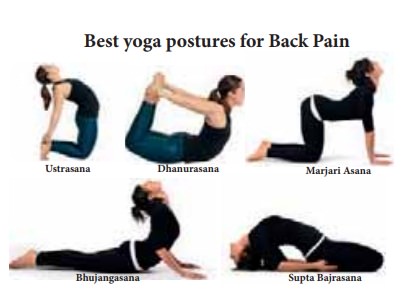