It is not uncommon to use all the debugging techniques that have been described so far at various stages of a development.

It is not uncommon to use all the debugging techniques that have been described so far at various stages of a development. While this itself is not a problem, it has been difficult to get a common set of tools that would allow the various techniques to be used without having to change compilers or libraries, learn different command sets, and so on. The ideal would be a single set of compiler and debugger tools that would work with a simulator, task level debugger, onboard debugger and emulator. This is exactly the idea behind Microtec’s Xray product. 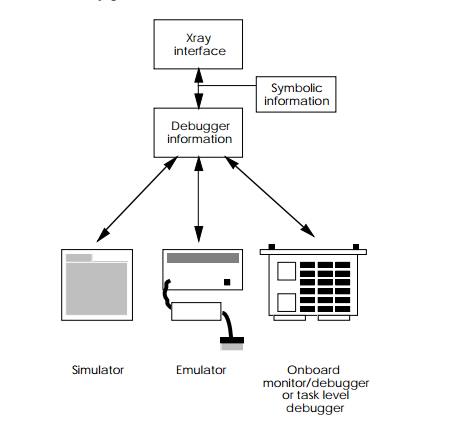 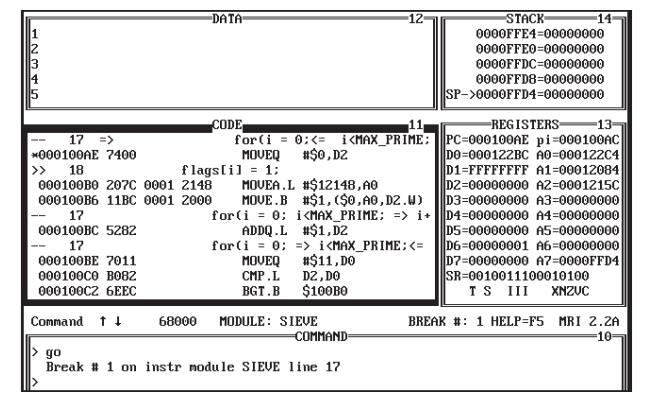 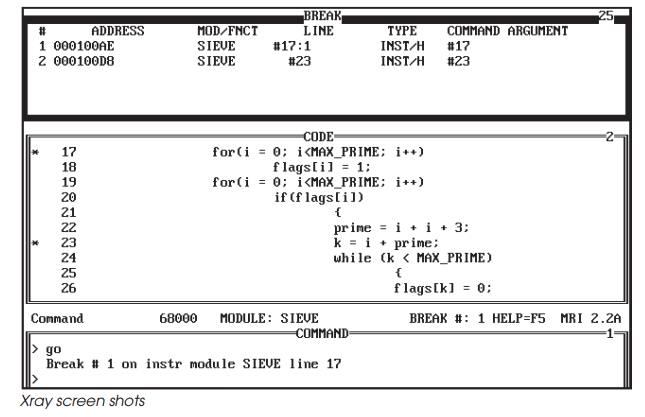 Xray consists of a consistent debugger system that can interface with a simulator, emulator, onboard debugger or operating system task level debugger. It provides a consistent interface which greatly improves the overall productivity be-cause there is no relearning required when moving from one environment to another. It obtains its debugging information from a variety of sources, depending on how the target is being accessed. With the simulator, the information is accessed di-rectly. With an emulator or target hardware, the link is via a simple serial line, via the Ethernet or directly across a shared memory interface. The data is then used in conjunction with symbolic information to produce the data that the user can see and control on the host machine.

The interface consists of a number of windows which display the debugging information. The windows consist of two types: those that provide core information, such as break-points and the processor registers and status. The second type are windows concerned with the different environments, such as task level information. Windows can be chosen and dis-played at the touch of a key.

The displays are also consistent over a range of hosts, such as Sun workstations, IBM PCs and UNIX platforms. Either a serial or network link is used to transfer information from the target to the debugger. The one exception is that of the simulator which runs totally on the host system.

So how are these tools used? Xray comes with a set of compiler tools which allows software to be developed on a host system. This system does not have to use the same processor as the target. To execute the code, there is a variety of choices. The simulator is ideal for debugging code at a very early stage, before hardware is available, and allows software develop-ment to proceed in parallel with hardware development. Once the hardware is available, the Xray interface can be taken into the target through the use of an emulator or a small onboard debug monitor program. These debug monitors are supplied as part of the Xray package for a particular processor. They can be easily modified to reflect individual memory maps and have drivers from a large range of serial communications peripherals. 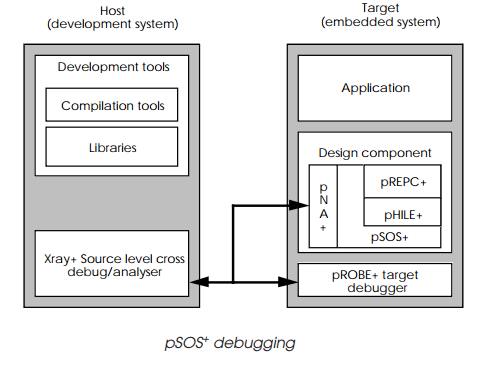 With Xray running in the target, the hardware and initial software routines can be debugged. The power of Xray can be further extended by having an Xray interface from the operating system debugger. pSOS+ uses this method to provide its debugging interface. This allows task level information to be used to set breakpoints, and so on, while still preserving the lower level facilities. This provides an extremely powerful and flexible way of debugging a target system. Xray has become a de facto standard for debugging tools within the real-time and VMEbus market. This type of approach is also being adopted by many other software suppliers.