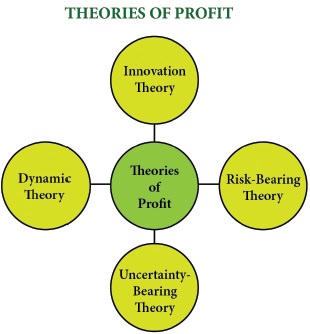 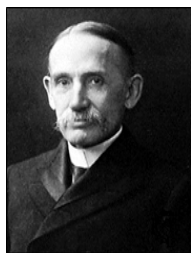 4.        Forms of industrial organization are changing.

Innovation theory of profit was propounded by Joesph. A.Schumpeter. To Schumpeter, an entrepreneur is not only an undertaker of a business, but also an innovator in the process of production. To him, profit is the reward for “innovation”. Innovation means invention put into commercial practice.

According to Schumpeter, an innovation may consist of the following:

When any one of these innovations is introduced by an entrepreneur, it leads to reduction in the cost of production and thereby brings profit to an entrepreneur. To obtain profit continuously, the innovator needs to innovate continuously. The real innovators do so. Imitative entrepreneurs cannot innovate.

Risk bearing theory of profit was propounded by the American economist F.B.Hawley in 1907. According to him, profit is the reward for “risk taking” in business. Risk taking is an essential function of the entrepreneur and is the basis of profit. It is a well known fact that every business involves some risks.

Uncertainty theory was propounded by the American economist Frank H.Knight. To him, profit is the reward for “uncertainty bearing”. He distinguishes between “insurable” and “non-insurable” risks.

Certain risks are measurable or calculable. Some of the examples of these risks are the risk of fire, theft and natural disasters. Hence, they are insurable. Such risks are compensated by the Insurance Companies.

There are some risks which are immeasurable or incalculable. The probability of their occurrence cannot be anticipated because of the presence of uncertainty in them. Some of the examples of these risks are competition, market condition, technology change and public policy. No Insurance Company can undertake these risks. Hence, they are non-insurable. The term “risks” covers the first type of events (measurables - insurable) and the term “uncertainty” covers the second type of events (unforeseeable or incalculable or not measurable or non-insurable).

According to Knight, profit does not arise on account of risk taking, because the entrepreneur can guard himself against a risk by taking a suitable insurance policy. But uncertain events cannot be guarded against in that way. When an entrepreneur takes himself the burden of facing an uncertain event, he secures remuneration. That remuneration is “profit”.