Rent is the price or reward given for the use of land or house or a machine to the owner. 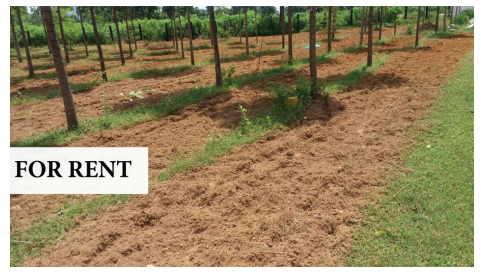 “Rent is that portion of the produce of the earth which is paid to the landlord for the use of the original and indestructible powers of the soil”.

2.        The law of diminishing returns operates in agriculture.

Statement of the Theory with Illustration

Assume that some people go to a newly discovered island and settle down there. There are three grades of land, namely A, B and C in that island. ‘A’ being most fertile, ‘B’ less fertile and ‘C’ the least fertile. They will first cultivate all the most fertile land (A grade) available. Since the land is abundant and idle, there is no need to pay rent as long as such best lands are freely available. Given a certain amount of labour and capital, the yield per acre on ‘A’ grade land is 40 bags of paddy.

Suppose another group of people goes and settles down in the same island after some time. Hence the demand for agricultural produce will increase. The most fertile lands [A grade] alone cannot produce all the food grains that are needed on account of the operation of the law of diminishing returns. So the less fertile lands [B grade] will have to be brought under cultivation in order to meet the growing population. For the same amount labour and capital employed in ‘A’ grade land, the yield per acre on ‘B’ grade land is 30 bags of paddy. The surplus of 10 bags [40-30] per acre appears on ‘A’ grade land. This is “Economic Rent” of ‘A’ grade land. 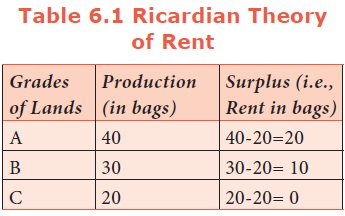 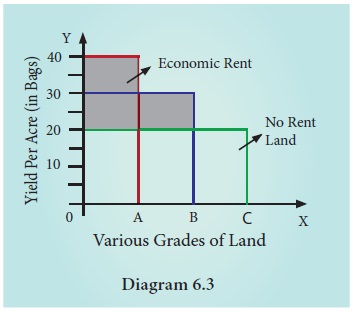 Following are the limitations of Ricardian theory of rent.

1.        The order of cultivation from most fertile to least fertile lands is historically wrong.

2.        This theory assumes that, rent does not enter into price. But in reality, rent enters into price.

Marshall introduced the concept of Quasi rent. Factors other than land say plant and machinery are fixed in supply during short period. They earn surplus income when demand rises. It is purely temporary as it disappears in long run due to increase in supply. The quasi-rent is a surplus that a producer receives in the short period over variable costs from the sale of output.

Distinction between “Rent” and “Quasi-Rent” 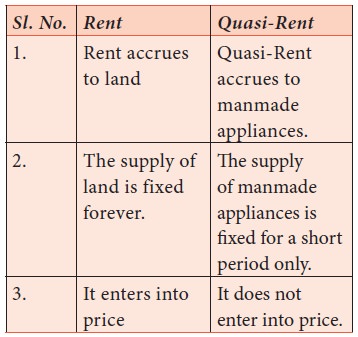 “Quasi-Rent is the income derived from machines and other appliances made by man”.

Rent is the difference between the actual earnings of a factor of production and its transfer earning.

The minimum payment that has to be made to a particular factor of production to retain it in its present use is known as transfer earnings.