The Witty Sparrow: Questions with Answers

A. Choose the best answer.

1. All the animals called the sparrow madam.

3. Crocodile lies stretching in the river.

4. Sparrow tied the elephant and the crocodile with a creeper.

5. The sparrow solved the problem with her intelligence.

B. Number the pictures and in correct order of the story. 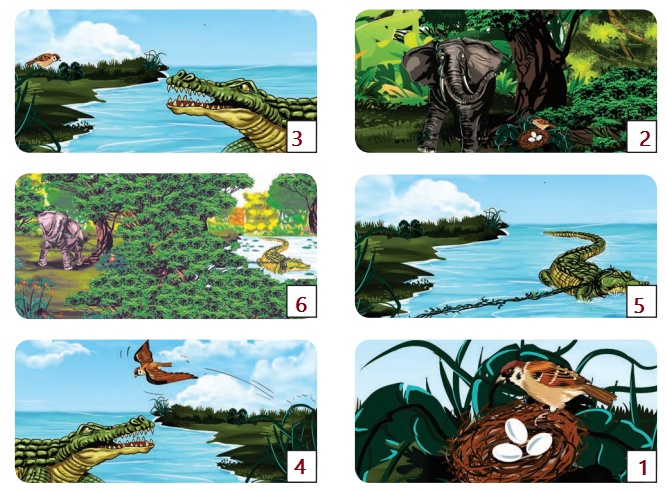 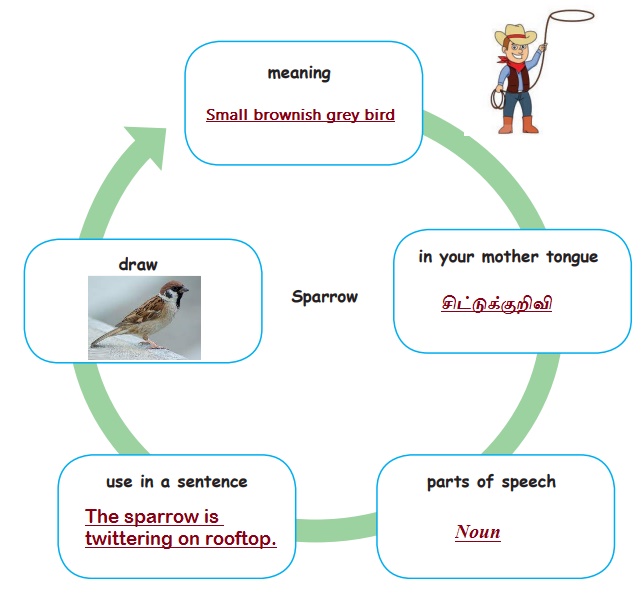 Join in either group and speak using 4 to 5 sentences to win.

I support the sparrow for her intelligence.

I oppose the sparrow for using her intelligence  to cheat others.

Read the passage 3 times and colour a camel for each time.

Once two merchants lost a camel. They met a boy who was passing by and asked him if he had seen it. The boy said he had not seen the camel. He asked, "Was your camel blind in the right eye?”. “Yes, he was”, said the merchants. “Was it lame in one left foot?”, asked the boy. It was!”, said the merchants. “Was it's front tooth missing?” asked the boy.” yes” they said. “Did it have honey on one side and wheat on the other?”. “yes!,” they answered. “Please take us to it.”

“But, I have not seen your camel,” said the boy “and I do not know where it is”. The merchants got angry and said, “Really! How could you tell us everything about our camel?” “That is my secret”. said the boy.

The merchants took him to the king. The boy told the king that he had not seen it. Then, the king asked him how he knew so much about it. The boy said that the camel had eaten grass only on the left side of the path. So he knew that it was blind. The marks of its one left foot were faint. This showed that the camel was lame. While eating grass, it had not eaten the grass in the middle. So he learnt that it had lost its front teeth. There were ants carrying grains of wheat on one side of the path and flies eating honey on the other.

Find and write the clues.

The camel had eaten grass only on the left side of the path.

The marks of its one left foot were faint.

The camel had not eaten grass in the middle.

4. Clue for the load on the camel

Ants were carrying grains of wheat on one side of the path. Flies were eating honey on the other.

We already know to write dialogues. Let us quickly recap the four steps to write a dialogue:

Step 1: Look at the question and understand the topic.

Step 2: Read the dialogues and understand what they are talking.

Step 3: Think what you will say if you were talking.

Now, can we try to write the dialogues on our own?

Write the dialogue and complete the story. 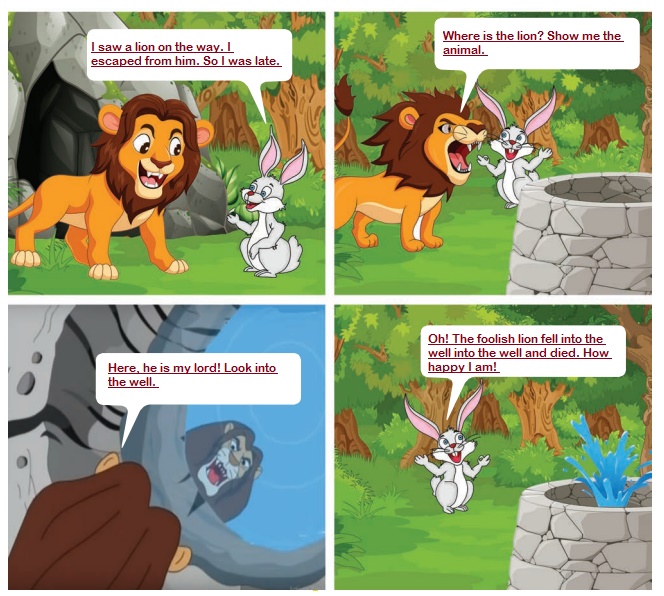 Rabbit: I saw a lion on the way. I escaped from him. So I was late.

Lion: Where is the lion? Show me the animal.

Rabbit: Here, he is my lord! Look into the well.

A. Answer the following.

B. Fill in the blanks with to, too and two.

a. I need to write two pages on this topic.

b. These clothes are too expensive. 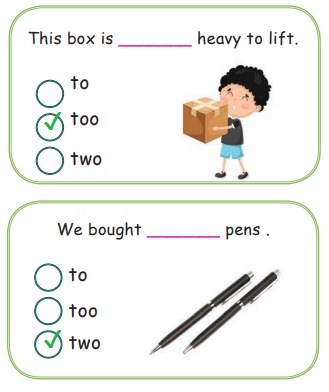 D. Recite any four lines of the poem with correct intonation.

F. Circle and write the adverbs from the sentences.

3. Our mum spoke to us angrily.  angrily 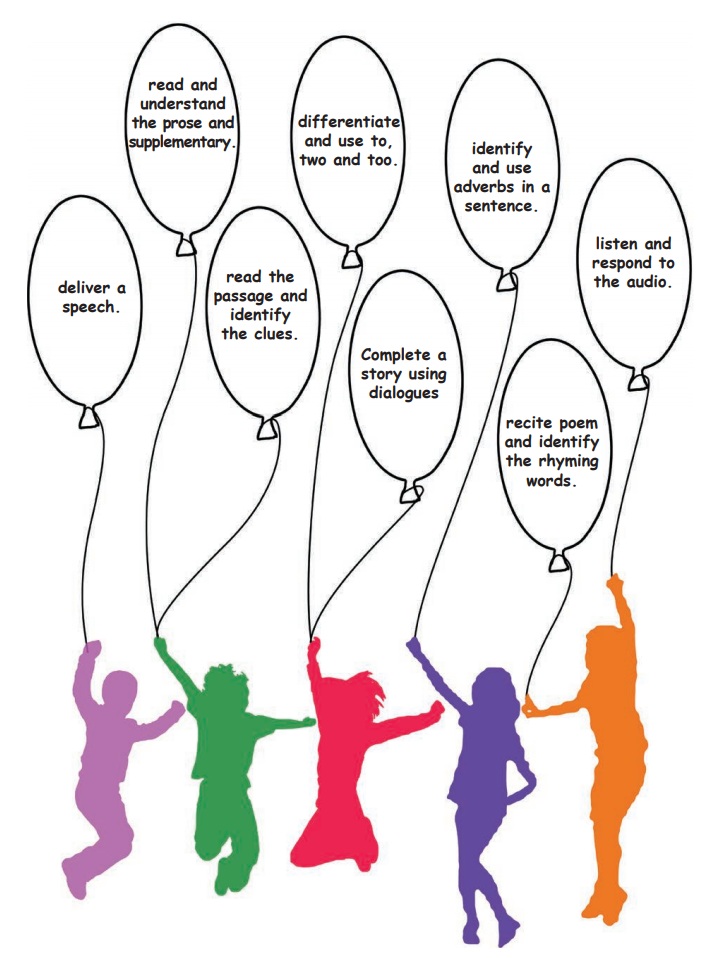