The lentiform nucleus lies lateral to the internal capsule. Laterally, it is separated from the claustrum by fibres of the external capsule. 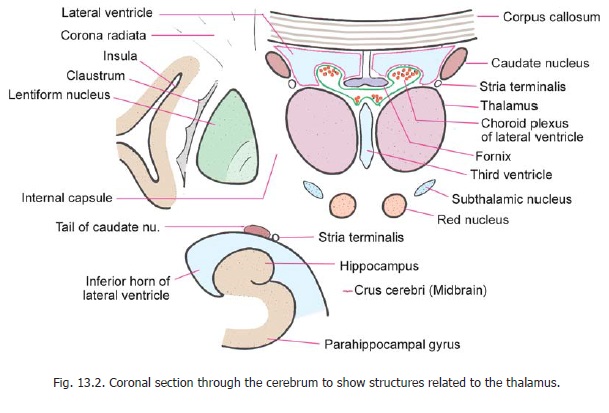 This is a thin lamina of grey matter that lies lateral to the lentiform nucleus. It is separated from the latter by fibres of the external capsule. Laterally, it is separated by a thin layer of white matter from the cortex of the insula. Its connections and functions are unknown.

This complex (also called the amygdaloid body, amygdala) lies in the temporal lobe of the cerebral hemisphere, close to the temporal pole. It lies deep to the uncus, and is related to the anterior end of the inferior horn of the lateral ventricle.