Jaswant Singh Rawat was an Indian soldier, the place Jaswantgarh in Arunachal Pradesh gets its name from him. The legendary story, “The battle of Nauranang”, handed down through the ages of Nauranang is inspiring and records the valour and patriotism of Jaswant. 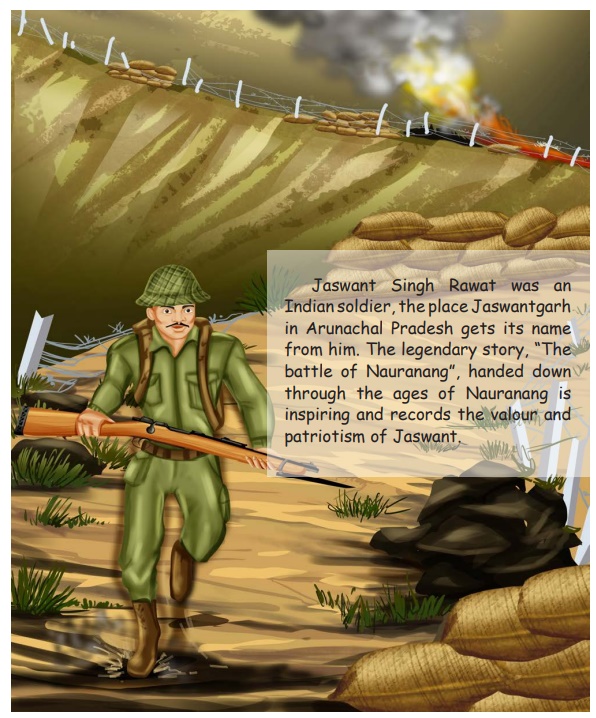 Jaswant Singh Rawat was an Indian soldier, the place Jaswantgarh in Arunachal Pradesh gets its name from him. The legendary story, “The battle of Nauranang”, handed down through the ages of Nauranang is inspiring and records the valour and patriotism of Jaswant.

There was a war between India and China in the year 1962. In the final part of the war, Nauranang was the last stand of the Indian army against the Chinese army. The battle started on 17th November 1962 and continued for seventy-two hours. At 5.00am, in the Eastern Himalayas, the Chinese army attacked the lonely Indian post in Nauranang. Knowing that the Chinese armywas stronger, the Indian soldiers on the post were ordered to retreat and regroup. But, Jaswant did not leave his post and decided to continue the fight to hold the Chinese until the reinforcements arrive. 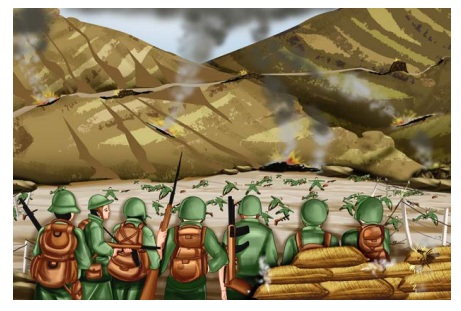 Two village girls named Sela and Nura helped Jaswant. They set up weapons at separate points. Jaswant taught the girls to fireguns. All three kept shooting on the Chinese army. Jaswant was running to different gun points and kept shooting. His intention was to give the Chinese army a perception that they are facing a huge Indian battalion. He did this for three continuous days. Jaswant and the girls had killed three hundred Chinese soldiers. The Chinese army decided to cut the food supply to the post. 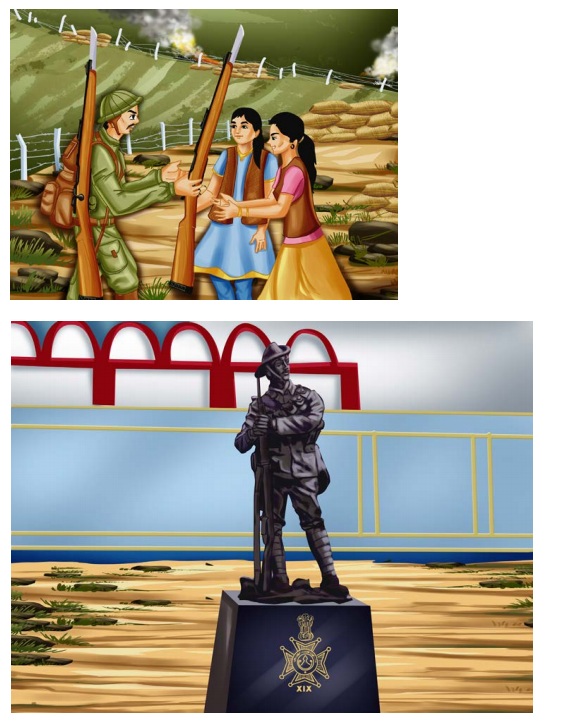 The Chinese soldiers caught the man, who brought food for the three. In the Chinese interrogation, the man told the truth that a single soldier was guarding the post. A single soldier and two village girls had fooled the Chinese. They were shocked and furious. They surrounded Jaswant Singh and launched a final attack.

Jaswant shot himself as Chinese were going to capture him. A grenade blast killed Sela. Nura, the tribal girl, was captured alive.

After the war, the commander of the Chinese army returned the brass bust of Jaswant. A war memorial with the brass bust was made to remember him and his service to the nation. All army personnel who pass through this memorial pay their respect to him.

The Indian Army still treats him as a serving officer and awards him promotions. India awarded him the Mahavir Chakra. Jaswant may have died in battle that day, but he still lives in the memory of people in Jaswantgarh and the Indian army..

legend : a story from the past

Garwal : an administrative division in Uttarakhand

regroup : to organize in a new tactical formation

interrogation : to question someone aggressively

brass bust : a statue made of brass, depicting a person’s head and neck