Home | | English 5th Std | The Guardians of the Nation

The Guardians of the Nation

Anand and Yazhini came home from school. After washing their face, hands and legs, they sat down next to their father. Their father was watching the news on the television.

The Guardians of the Nation 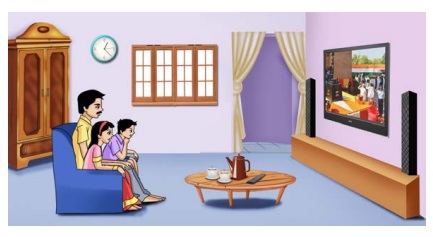 Anand and Yazhini came home from school. After washing their face, hands and legs, they sat down next to their father. Their father was watching the news on the television. There were two bowls of chickpea sundal. They ate and watched a ceremony where people were paying respect to a helmet on top of a gun. “Dad, what is this place? What are they doing?” asked Anandhan. Dad replied, “This is Amar Jawan Jyoti, a memorial for the soldiers who died for our country. Every year, 7th December is observed as Armed Forces Flag Day. On that day, we remember the sacrifices of our soldiers for guarding our nation. It is a great honour to serve the nation by joining the army.”

Why do the soldiers (people) die?

Answer: The soldiers die because armies of different countries indulge in a war.

When will it be stopped?

Answer: It will stop when everyone wants peace and universal brotherhood.

Father continued, “I will tell you the story of Karmugilan. He was a doctor, who died, serving the people. He was young and talented. He went to the USA for studying. His parents were very proud of him. They thought that he would live in the USA and continue his practice. But to everyone’s surprise, he came back to India and started treating poor people free of cost.” 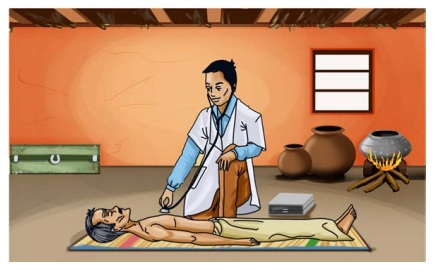 Yazhini asked, “Were his parents not angry with him?” Dad said, “They were angry. But, they knew he was happy.”

One day, dengue broke out in the nearby villages. He left to those villages to treat the people. He saved the lives of many. He was soon well known in the village, and people poured in to get treated. But, one day he got infected by the disease and was taken to the city hospital. He was in critical condition. His parents were upset and worried. He told his parents that he had done his duty to the country and, was happy. In a couple of days, he died. In his memory, the people of the village have built a hospital and treat people at free of cost.”

wreath : flowers arranged in a ring, for lying on a grave

ceremony : a formal event to celebrate an anniversary

memorial : a structure established to remind of a person or event

sacrifices : giving up something more valuable

guarding : to watch over to protect or control