Prokaryotic promoters are located upstream from their genes. There-fore it was logical to look in front of 5S genes for the sequences necessary for synthesis of 5S RNA.

Prokaryotic promoters are located upstream from their genes. There-fore it was logical to look in front of 5S genes for the sequences necessary for synthesis of 5S RNA. Finding these sequences could be approached with the tools of molecular genetics. Nuclear extracts capable of accu-rately synthesizing 5S RNA were used with pure DNA templates. A series of templates could be generated with progressively larger deletions approaching, and even entering the 5’ end of the 5S gene. After deletion of the natural sequences, the plasmids were ligated closed and trans-formed into bacteria for biological synthesis of large quantities of the DNA. The product of the constructions was a substitution of plasmid sequence for what had been native Xenopus sequence ahead of the 5S gene (Fig. 15.3).

The deletion experiments were remarkable. Deleting all of the natural sequence ahead of the 5S sequence did not reduce synthesis of the 5S RNA to less than 50% of normal. Even when the first 40 nucleotides of the sequence were deleted, an RNA product of about the 120 nucleotide size of 5S RNA was synthesized. In this case the first 20 nucleotides synthesized were specified by plasmid DNA sequence (Fig. 15.4). Only when the deletions extended beyond about position 50 inside the 5S gene did they block synthesis.

The location of the downstream edge of the sequences necessary for 5S RNA synthesis is also of interest. The experiments to determine this position required a technical trick. In the experiments probing for the

Figure 15.3 Deletions upstreamof a gene do not eliminate DNA, they substitute new sequences like abc for the deleted DNA def. 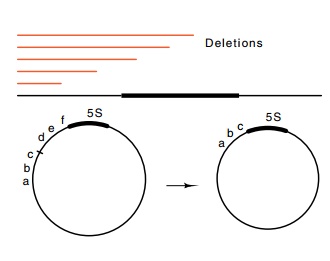 Figure 15.4 Deletion of partof the 5S gene and all upstream sequences still yields transcrip-tion of the gene. Transcription begins from approximately the same location as that used when the normal sequence is present. 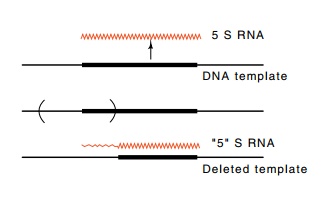 sequences necessary for transcription initiation, the natural termina-tion sequence of the 5S gene remained intact. Therefore, whatever the sequence of the RNA at its 5’ end, transcription still terminated normally and yielded an RNA molecule of about 120 nucleotides. The presence of this RNA could be determined simply by arranging that the RNA synthesized in vitro be radioactive and then running the resultant products on an acrylamide gel. When 5S RNA had been synthesized in a reaction, it formed a prominent band in the gel. Such a simple assay technique could not work if the sequences at the 3’ end of the gene that are required for termination were deleted.

Hybridization assays could be devised to look for RNA sequences from the remaining 5’ end of the deleted 5S gene. These assays however, would also detect any readthrough transcription resulting from incor-rect initiation events occurring upstream of the 5S gene (Fig. 15.5). A better assay for 5S RNA synthesis was to force the 5S RNA to terminate prematurely, before it reached sequences that might be altered due to deletion of the 3’ end of the gene. These terminations could be generated by introducing a transcription terminator in the region between the start site of transcription and the beginning of the sequence already deter-mined to be required for transcription (Fig. 15.6). A simpler approach, 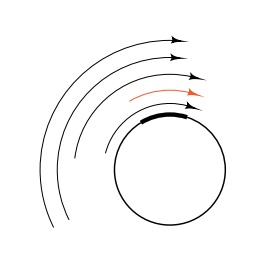 Figure 15.5 Mere total RNA in-cluding 5S sequences is not a good assay for activity of specific tran-scription of the 5S RNA gene due to nonspecific transcription which begins upstream of the gene.

but one based on this basic idea, was taken. This used the same trick as is used in DNA sequencing. In the triphosphates used for transcription was included a low concentration of a 3’-dideoxy-triphosphate. When a molecule of this analog was incorporated into the growing RNA chain, no further elongation was possible. At appropriately low concentrations of a 3’deoxy-triphosphate, a characteristic spectrum of sizes of prema-turely terminated RNA molecules results (Fig. 15.7). Transcription initiating at other points on the chromosome generate other spectra of prematurely terminated molecules. Despite the presence of these groups of RNA molecules, the spectrum indicative of initiation from the 5S RNA promoter could be identified and therefore the activity of this promoter could easily be assayed.

Does TFIIIA bind within the interior of the 5S gene? Indeed it does. DNAse footprinting experiments show that it protects the region from about +50 to +80. Similarly, pre-ethylation experiments in which those phosphates are determined whose ethylation prevents or substantially

Figure 15.7 A spectrum of specific RNA sizes generated by transcriptionbeginning at the 5’ end of the 5S RNA gene and terminating at particular nucleotides.

weakens binding of the protein also revealed the binding site of the protein to be entirely within the gene. These deletion and biochemical experiments show that TFIIIA determines where RNA polymerase III initiates on the 5S gene.

The TFIIIA protein revealed an additional unexpected property. It was noticed that an excess of 5S RNA in the in vitro transcription reactions inhibited transcription of the 5S gene. This type of result suggests that the RNA inhibits RNA polymerase. This possibility could be simply tested since RNA polymerase III also transcribes tRNA genes. If the 5S RNA inhibited RNA polymerase, it should block synthesis of both 5S RNA and tRNA. It did not. It blocked only 5S RNA synthesis. Therefore, 5S RNA must bind TFIIIA, thereby titrating TFIIIA from the DNA. Indeed, this is true and the dual binding ability of TFIIIA appears to be of biological importance as one of the proteins in the 7S complex of 5S RNA is TFIIIA.