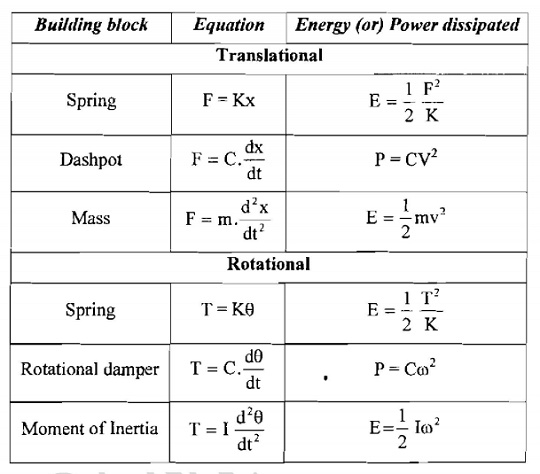 The two-step mode in which the controller is essentially just a switch which is activated by the error signal and supplied just an on-off correcting signal.

An example of the two-step mode of control is the bimetallic thermoset at that might be used with a simple temperature control system.

This is just a switch which is switched on or off according to the temperature then the bimetallic ship is in an off position and the heater is off.

If the room temperature falls below the required temperature then the bimetallic strip moves into an on position and the heater is switched fully on. The controller in this case

can be in only two positions, on or off.

Thus as the error is reduced the amount of correction is reduced and the correcting process slows down.

The derivative mode (D) which products a control action that is proportional to the rate at which are errors is changing.

When there is a gradual change only a small corrections signal is produced. Derivative control can be considered to be a form of anticipatory control in that the existing rate of

change of error is measured, a coming larger error is anticipated and correction applied

before the larger error has arrived.

Change in output from the set point = KP e + KD

The Integral Mode (I):

The integral mode (I) which produces a control action that is proportional to the integral of the error with time.

Thus a constant error signal will produce an increasing correcting signal. The correction continues to increase as long the error persists.

The integral mode of control is one where the rate of change of the control output I is proportional to the input error signal.

The term three – term controller is used for PID control.

The controller receives inputs from sensors, executes control programs and provides the output to the correction elements.

Since many control systems have analogue measurements an analogue-to-digital converter (ADC) is used forth inputs.

A clock supplies a pulse at regular time intervals and dictates when samples of the controlled variable are taken by the ADC.

microprocessor with the set point value to give the error signal.

The microprocessor can then initiate a control mode to process the error signal and give a digital output.

The digital output, generally after processing by a digital-to-analogue converter since correcting elements generally require analogue signals can be used to initiate the

A digital controller basically operates the following cycle of events:

Compares it with the set value and establishes the error.

Sends the output signal to the DAC.

Waits until the next sample time before repeating the cycle.

Consider the problem of controlling the movement of a load by means of a motor.

Time will thus be taken for the system to respond to an input signal.

A higher speed of respond, with fewer oscillations, can be obtained by using PD rather than just P control.

There is, however, alternative of achieving the same effect and this is by the use of a second feedback loop which gives a measurement related to the rate at which the

This is termed velocity feedback.

An adaptive control system which 'adapts' to changes and changes its parameters to fit the circumstances prevailing.

The adaptive control system is based on the use of a microprocessor as the controller.

An adaptive control system can be considered to have three stages of operation.

Starts to operate with controller conditions set on the basis of an assumed condition.

The desired performance is continuously compared with the actual system performance.

The control system mode and parameters are automatically and continuously adjusted in order to minimise the difference between the desired and actual system performance.

With gain-scheduled control or, as it is sometimes referred to, pre-programmed adaptive control, pre-set changes in the parameters of the controller are made on the basis of some

auxiliary measurement of some process variable.

With self-tuning control the system continuously tunes its own parameters based on monitoring the variable that the system is controlling and the output from the controller.

Self-tuning is often found in commercial PID controller, it generally then being referred to as auto-tuning.

When the operator presses a button, the controller injects a small disturbance into the system and measures the response.

The model-reference system an accurate model of the system is developed.