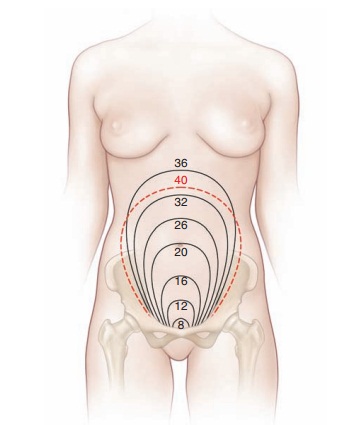 Regular monitoring of the mother and fetus is essential for identifying complications that may arise during preg-nancy and to provide assurance and support for mother and family.

Regular monitoring of the mother and fetus is essential for identifying complications that may arise during preg-nancy and to provide assurance and support for mother and family, especially for first pregnancies or when previ-ous pregnancies have been complicated or had unfortunate outcomes. For a patient with a normal pregnancy, periodic antepartum visits at 4-week intervals are usually scheduled until 28 weeks, at 2- to 3-week intervals between 28 and weeks, and weekly thereafter. Patients with high-risk pregnancies or those with ongoing complications usually are seen more frequently, depending on the clinical circum-stances. At each visit, patients are asked about how they are feeling and if they are having any problems, such as vaginal bleeding, nausea and vomiting, dysuria, or vagi-nal discharge. After quickening, patients are asked if they continue to feel fetal movement, and if it is the same or less since the last antepartum visit. Decreased fetal movement after the time of fetal viability is a warning sign requiring further evaluation of fetal well-being.

·      Urinalysis for albumin and glucose

It is important to determine baseline blood pressure and urine protein levels at the first antepartum visit. Blood pressure generally declines at the end of the first trimester and rises again in the third trimester. After 20 weeks of gestation, an increase in the systolic pressure of more than 30 mm Hg or an increase in the diastolic pressure of more than 15 mm Hg above the baseline level suggests (but alone does not diagnose) gestational hypertension. Comparison with baseline levels is necessary in order to accurately dis-tinguish preexisting hypertension from hypertension asso-ciated with pregnancy.Maternal weight is another important parameter to fol-low through pregnancy, as weight gain recommendations differ for women of differing prepregnancy body massindex (BMI). A total weight gain of 25 to 35 lb is onlyappropriate for a woman of normal BMI (see Table 6.2). The obese pregnant woman with a pregravid BMI >=30 is at risk for multiple complications during pregnancy, including preeclampsia, gestational diabetes, and need for cesarean delivery. Between monthly visits, a 3- to 4-lb weight gain is generally appropriate for a woman of normal BMI. Significant deviation from this trend may require nutritional assessment and further evaluation. 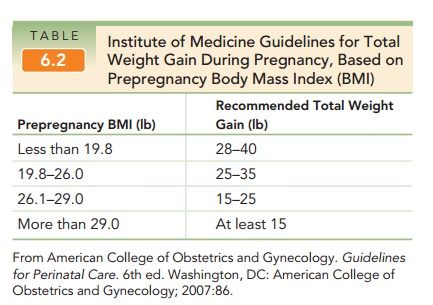 Obstetric physical findings made at each visit include fundal height measurement, documentation of the pres-ence and rate of fetal heart tones, and determination of the presentation of the fetus. Until 18 to 20 weeks, the uterine size is generally stated as weeks’ size, such as “12 weeks’ size.” After 20 weeks of gestation (when the fundus is pal-pable at or near the umbilicus in a woman of normal body habitus and a singleton pregnancy in the vertex presenta-tion), the uterine size can be assessed with the use of a tape measure, which is the fundal height measurement. In this procedure, the top of the uterine fundus is identified and the zero end of the tape measure is placed at this uppermost part of the uterus. The tape is then carried ante-riorly across the abdomen to the level of the symphysis pubis. From 16 to 18 weeks of gestation until 36 weeks of gestation, the fundal height in centimeters (measured from the symphysis to the top of the uterine fundus) is roughly equal to the number of weeks of gestational age in normal singleton pregnancies in the cephalic presentation within an anatomically normal uterus (Fig. 6.1). Until 36 weeks in the normal singleton pregnancy, the number of weeks of gestation approximates the fundal height in centimeters. Thereafter, the fetus moves downward into the pelvis beneath the symphysis pubis (“lightening,” or engagement of the head into the true pelvis), so that the fundal height measurement is increasingly unreliable. 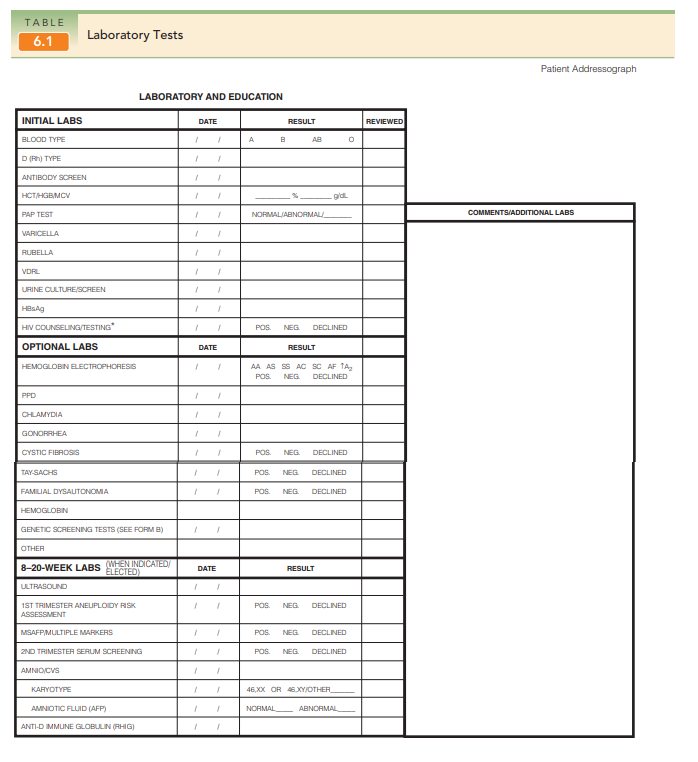 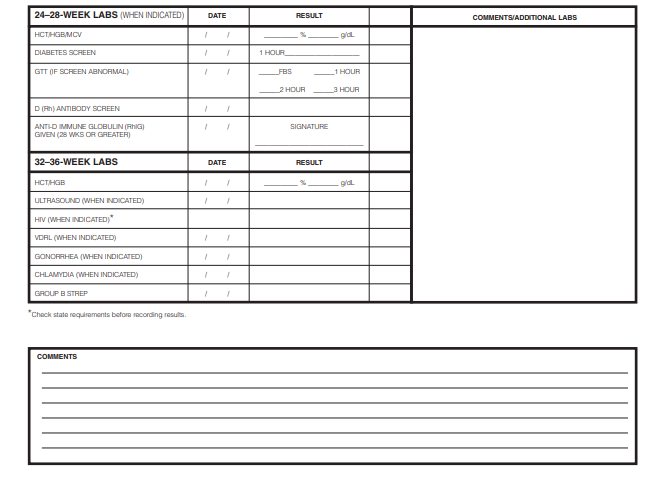 Fetal heart rate should be verified at every visit, bydirect auscultation or by the use of a fetal Doppler ultra-sound device.

The normal fetal heart rate is 110 to 160 bpm, with higher rates found in early pregnancy. The maternal pulse may also be detected with the Doppler device, so simultaneous palpation of maternal pulse and auscultation of fetal pulse may be necessary to differentiate the two. Deviation from the normal rate or occasional arrhythmias must be evaluated carefully.

The presentation of the fetus can be appreciated on clinical exam with the use of Leopold maneuvers (see Figure 9.7, p. 112). In the first maneuver, breech pre-sentation can be appreciated by outlining the fundus and determining what part is present. The head is hard and well-defined by ballottement, especially when the head is freely mobile in the fluid-filled uterus; the breech is softer, less round, and, therefore, more difficult to outline. In the second and third maneuvers, the examiner’s palms are placed on either side of the maternal abdomen to deter-mine the location of the fetal back and small parts. In the fourth maneuver, the presenting part is identified by exert-ing pressure over the pubic symphysis. If a breech presen-tation persists at 36 and 38 weeks, the option of externalcephalic version (ECV) should be discussed with thepatient. This procedure involves turning the fetus from the breech presentation to a vertex presentation to allow vaginal rather than cesarean delivery. It is contraindicated in the presence of multifetal gestation, fetal compromise, uterine anomalies, and problems of placentation.