Once there was a village circled by mountains and many big trees.

Once there was a village circled by mountains and many big trees. It was the home to many wild animals, especially wild dogs. They used to hunt not only the animals in the forest but, also the domestic animals in the village. This affected the farmer who lived near the edge of the forest with his son the most.

Mugund was the son of the farmer. He was good at creating many things. Every day he went into the forest to collect dry wood. He used to make dolls using the dry wood. Mugund’s art was very famous in the town. Children used to play with his dolls, mostly known as marapachi bommai. 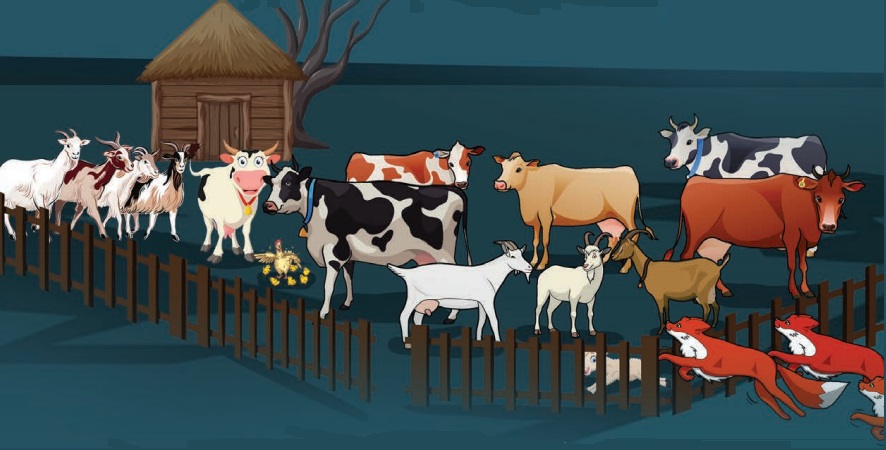 Long ago, the wild animals hunted Mugund's mother. That incident made Mugund hate wild animals. In memory of his mother, he carved a wooden statue of his mother and prayed every day. One night, he woke to hear his mother's words, “Do your part in eradicating the use of plastics through your art because plastic is a great risk to the environment.”

So, he started selling wooden toys at a cheap rate. He was also clever at making handicrafts. He learnt the art from his grandfather. In the beginning, he made dolls for children, using dry wood. Then, he was making statues of any photo that was show to him.

His father owned nothing but a flock of sheep and a piece of land. Also, he worked hard to keep the farm running. He was rearing some animals like goat, cow and hen. His father took all the cattle to pasture every day. When he returned home, he would always count all the animals. One day, when his father returned, he saw that some animals were missing. His father was unable to sleep because the losses of the animals kept increasing. Mohan was worried about his father. He had to do something.

He had an idea. He made a wooden drum because the massive noise from the drum would help his father to drive out the wild animals. Mugund's father was happy because the drum threatened the animals. But, the animals came as soon as someone stopped drumming. His father couldnot be awake all night. Soon, the wild animals started attacking only at night. The restlessness and worry made the father ill.

The next day, Mugund went into the forest to find a hollow log of cedar. But, he could not find it. His friend told him to cut the raw wood. But, he refused.

Think: why it is a good decision not to cut and use the living tree.

Answer: A tree takes many years to grow. If we cut a living tree we cannot replace the loss with another tree. It will take years and years for the tree to grow. So we should always use the wood of fallen trees, not that of a living tree.

Mugund felt that his mother was still living in each tree. At last, they found some wood and brought it home. Mugund went to bed a little early. His father was beating the drums to drive all the animals away.

Suddenly the sounds of the drum stopped. Mugund's father was tired, and he slept. Nearly twenty-five animals got attacked that night. Then, Mugund thought of designing some wooden tigers and some wooden people to place on the farm. So, the animals would be afraid as the people were still awake.

From that day onwards, the farmer and his son had a good sleep. Most of the landowners ordered wooden animals from Mugund. They wanted to save their crops and farms.

Soon, Mugund started selling toys to all corners of the land. This led to a demand for wooden dolls over plastic ones. He was happy that he was able to take part in saving the world through his art.