Equilibrium speed of motor-load system can be obtained when motor torque equals the load torque. Electric drive system will operate in steady state at this speed, provided it is the speed of stable state equilibrium.

Equilibrium speed of motor-load system can be obtained when motor torque equals the load torque. Electric drive system will operate in steady state at this speed, provided it is the speed of stable state equilibrium.

Now, consider the steady state equilibrium point A shown in figure below 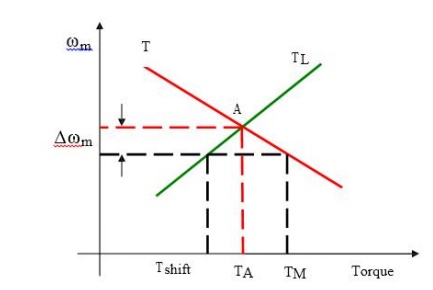 Now consider equilibrium point B which is obtained when the same motor drives another load as shown in the figure.

A decrease in speed causes the load torque to become greater than the motor torque, electric drive decelerates and operating point moves away from point B.

Similarly when working at point B and increase in speed will make motor torque greater than the load torque, which will move the operating point away from point B 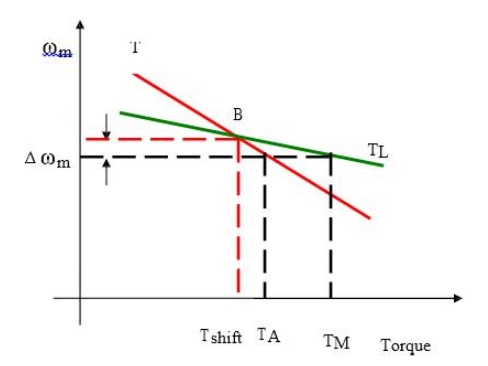 In the regenerative braking operation, the motor operates as generator, while it is still connected to the supply. Here, the motor speed is greater than the synchronous speed.

Mechanical energy is converted into electrical energy, part of which is returned to the supply and rest of the energy is last as heat in the winding and bearings of electrical machines pass smoothly from motoring region to generating region, when over driven by the load.

One is perpendicular to the load surface (F) and another one is parallel to the road surface Fl. The parallel force pulls the motor towards bottom of the hill.

If we neglect the rotational losses, the motor must produce force Fm opposite to Fl to move the bus in the uphill direction. 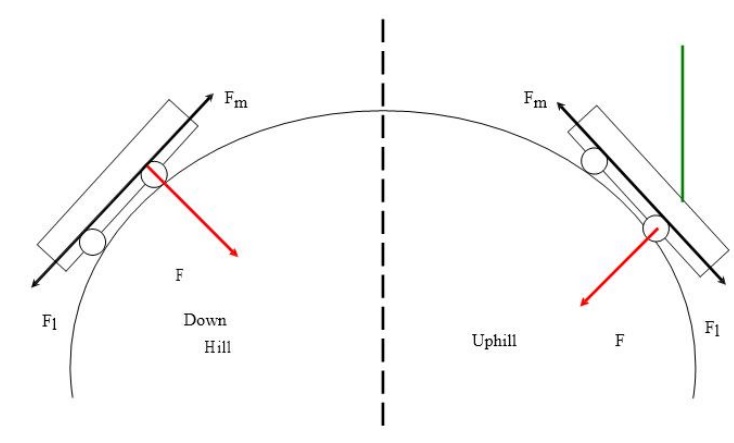 This operation is indicated as shown in the figure below in the first quadrant. Here the power flow is from the motor to load. 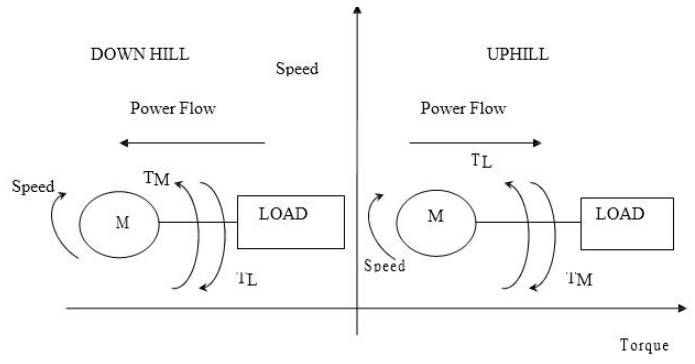 Here the motor is still in the same direction on both sides of the hill. This is known as regenerative braking. The energy is exchange under regenerative braking operation is power flows from mechanical load to source. Hence, the load is driving the machine and the machine is generating electric power that is returned to the supply.

An induction motor is subjected to regenerative braking, if the motor rotates in the same direction as that of the stator magnetic field, but with a speed greater than the synchronous speed. Such a state occurs during any one of the following process.

ü During flux weakening mode of operation of IM.

The speed torque characteristic of the motor for regenerative braking is shown in the figure. 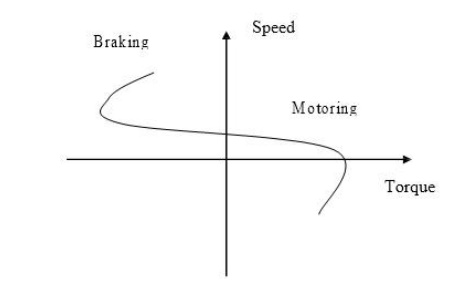 In regenerative braking of dc motor, generated energy is supplied to the source. For this the following condition is to be satisfied.

E > V and Ia should be negative 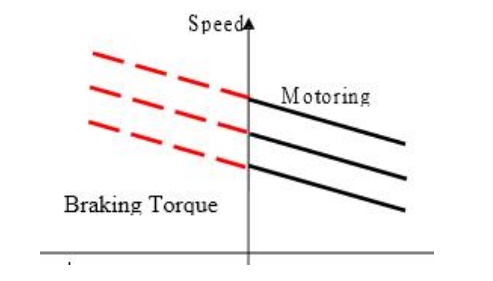 2. When load torque opposes motion, the motor works as a motor operating in quadrant I or III depending on the direction of rotation. When the load is active it can reverse its sign and act to assist the motion. Steady state operation for such a case can be obtained by adding a mechanical brake which will produce a torque in a direction to oppose the motion. The steady state operation is obtained at a speed for which braking torque equal the load torque. Drive operates in quadrant II or IV depending upon the rotation. 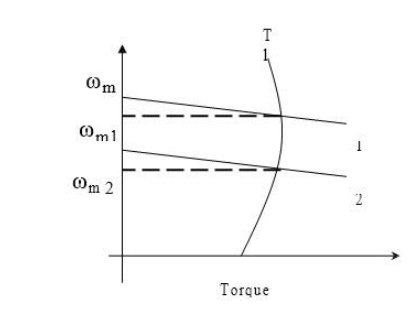 In closed loop drives requiring fast response, motor current may be intentionally forced to the maximum value in order to achieve high acceleration. Figure shown below shows the transition from operating point A at speed.

Point B at a higher speedωm 2, when the motor torque is held constant during acceleration. The path consists of AD1E1B. In the figure below, 1 to 5 are motor speed torque curves. Starting is a special case of acceleration where a speed change from 0 to a desired speed takes place. All points mentioned in relation to acceleration are applicable to starting.

The maximum current allowed should not only be safe for motor and power modulator but drop in source voltage caused due to it should also be in acceptable limits. In some applications the motor should accelerate smoothly, without any jerk. This is achieved when the starting torque can be increased step lessly from its zero value. Such a start is known as soft start. 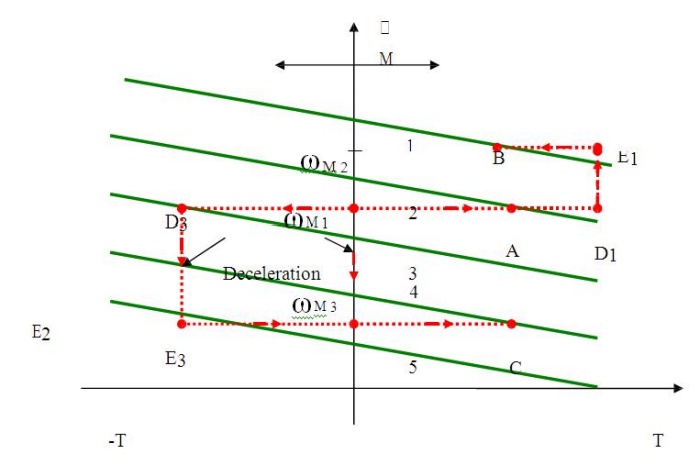