Various load torques can be classified into broad categories.

Load torques which has the potential to drive the motor under equilibrium conditions are called active load torques. Such load torques usually retain their sign when the drive rotation is changed (reversed)

ü Torque due to force of gravity

ü Torque due to compression and torsion etc

Friction will be present at the motor shaft and also in various parts of the load. TF  is the equivalent value of various friction torques referred to the motor shaft.

When motor runs, wind generates a torque opposing the motion. This is known as windage torque.

Nature of this torque depends upon particular application. It may be constant and independent of speed. It may be some function of speed, it may be time invariant or time variant, its nature may also change with the load’s mode of operation.

Friction at zero speed is called diction or static friction. In order to start the drive the motor should at least exceeds diction.

Friction torque can also be resolved into three components 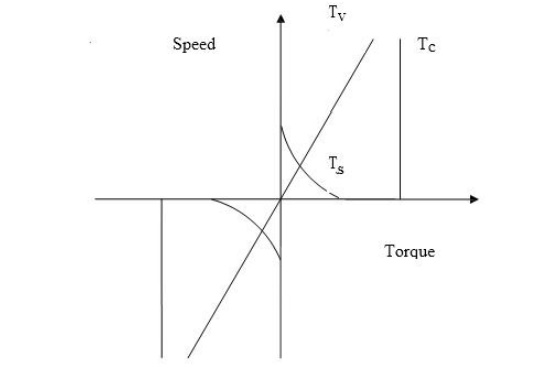 Where B is viscous friction co-efficient.

Another component TC , which is independent of speed, is known as COULOMB friction. Third component Ts accounts for additional torque present at stand still. Since Tw is present only at stand still it is not taken into account in the dynamic analysis. Wind age torque, TW  which is proportional to speed Squared is given by

From the above discussions, for finite speed

Characteristics of Different types of Loads

One of the essential requirements in the section of a particular type of motor for driving a machine is the matching of speed-torque characteristics of the given drive unit and that of the motor. Therefore the knowledge of how the load torque varies with speed of the driven machine is necessary. Different types of loads exhibit different speed torque characteristics. However, most of the industrial loads can be classified into the following four categories.

Most of the working machines that have mechanical nature of work like shaping, cutting, grinding or shearing, require constant torque irrespective of speed. Similarly cranes during the hoisting and conveyors handling constant weight of material per unit time also exhibit this type of Characteristics 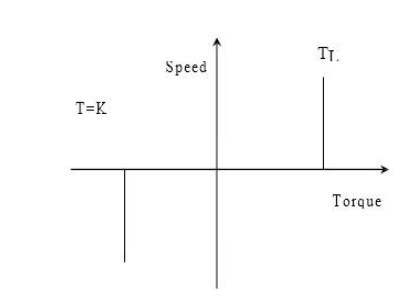 Torque proportional to square of the speed:

Another type of load met in practice is the one in which load torque is proportional to the square of the speed. 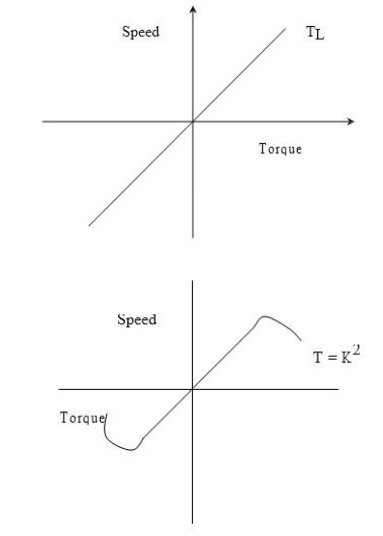 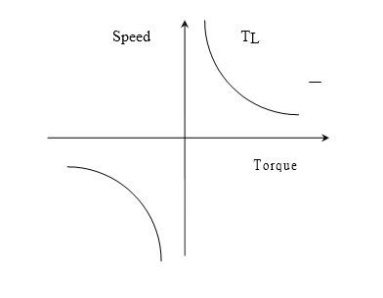