Induced electro motive forces are of two types. They are,

Statically Induced emf is of two types. They are

Uses of Self induction

.1.  In the fluorescent tubes for starting purpose and to reduce the voltage.

2.   In regulators, to give reduced voltage to the fans.

5.   In smooth choke which is used in welding plant.

It is the electromagnetic induction produced by one circuit in the near by second circuits due to the variable flux of the first circuit cutting the conductor of the second circuit, that means when two coils or circuits are kept near to each other and if current is given to one circuit and it is changed, the flux produced due to that current which is linking both the coils or circuits cuts both the coils, an emf will be produced in both the circuits. The production of emf in second coil is due to the variation of current in first coil known as mutual induction. 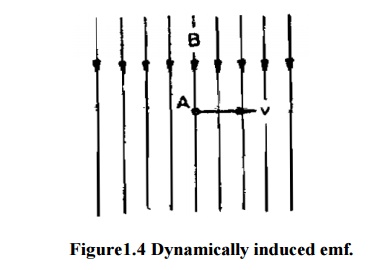