The law of conservation of energy states that the energy cannot be related or destroyed but it can be converted from one form to other.

In a magnetic circuit, the magnetic lines of force leaves the north poles passes through the entire circuit and return the starting point. A magnetic circuit usually consist of materials having high permeability such as iron , soft steel etc., These materials offer very small opposition to the flow of magnetic flux . consider a coil of N turns would on an iron core 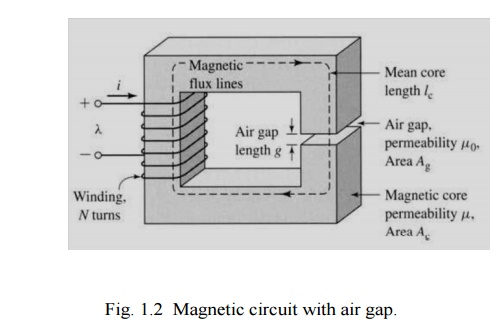 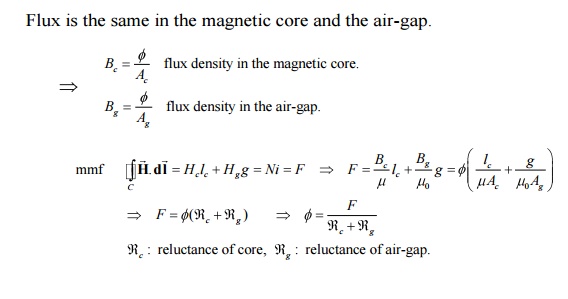 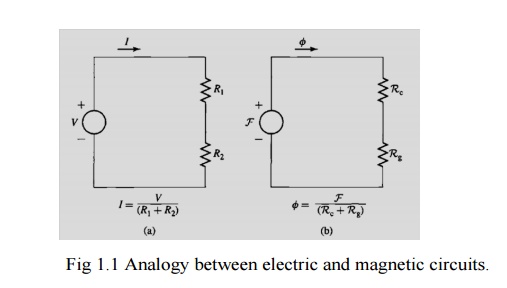 magnetism plays an important role in electricity. Electrical appliances like Generator, Motor, Measuring instruments and Transformer are based on the electromagnetic principle and also the important components of Television, Radio and Aero plane are working on the same principle.

Magnetic materials are classified based on the property called permeability as

The materials whose permeability is below unity are called Dia magnetic materials. They are repelled by magnet.

The materials with permeability above unity are called Para magnetic materials. The force of attraction by a magnet towards these materials is low.

Permanent magnet means, the magnetic materials which will retain the magnetic property at a] l times permanently. This type of magnets is manufactured by aluminum, nickel, iron, cobalt steel (ALNICO).

To make a permanent magnet a coil is wound over a magnetic material and DC supply is passed through the coil.

Insulated wire wound on a bobbin in many turns and layers in which current is flowing and a soft iron piece placed in the bobbin is called electromagnet.

This is used in all electrical machines, transformers, electric bells. It is also used in a machine used by doctors to pull out iron filing from eyes, etc.

I - current in amperes