France did not possess as much natural resources as England. The political instability caused by the French Revolution and the prolonged Napoleonic Wars wrecked the country.

France did not possess as much natural resources as England. The political instability caused by the French Revolution and the prolonged Napoleonic Wars wrecked the country. Many of those French businessmen who had sought refuge in Britain during the Revolution, on their return to France after Napoleonic Wars, used British technology. This helped to accomplish industrial revolution in their country. The adoption of British-made spindles led to a two-fold increase in French textile production during 1830-1860.

The Francois de Wendel family brought     British technology to Lorraine. The family introduced steam engine in coal mining and puddling kilns for iron smelting. By the 1860s the de Wendel family employed over 10,000 workers. By diversifying its business, it entered other heavy industries such as railroad construction and shipbuilding. 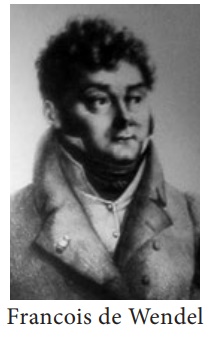 The town of Mulhouse in the province of Alsace rose to prominence for its dyes that brought many designers there. From this foundation, Mulhouse diversified into the growing heavy industry of the region and became prominent as a maker of machines. Saint-Chamond saw developments in iron production. In 1820, the British technology of refining cast iron began to be used in this town.

In 1832, the first French railroad, St. Etienne–Andrezieux line was opened. Numerous railroad lines followed. By the end of the nineteenth century France had become prominent for its automobiles. 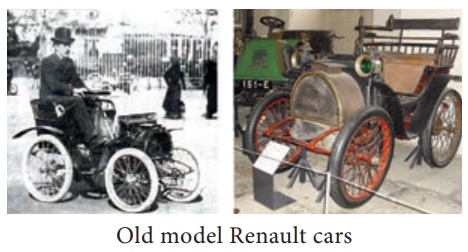 The two biggest automobile companies of today’s France were started in 1891. Arman Peaugot produced his first batch of automobiles. In 1898, Louis Renault built the quadricycle, from which he began to produce in large quantities under his company, the Societe Renault Freres (Company Renault Brothers)

Germany’s main challenge was its feudal socio-political structure, perpetuating the practice of serfdom and their unhelpful licensure policies for establishing factories. In addition, only two major ports, Bremen and Hamburg, had clear and secure access to the North Sea. But the most significant challenge to Germany’s industrial revolution was its political setup. Before 1871 Germany was made of numerous German states with Prussia being the biggest.

Prussia controlled the major manufacturing towns, coalfields, and trade routes. The state played an active role in the recovery and industrial growth of Prussia. Prussia evolved a new tariff system after the Napoleonic era. Accordingly, Zollverein Customs Union, comprising neighbouring German provinces, imposed tariffs on imported manufactured goods and overseas colonial goods. At the same time, it allowed free trade among provinces. This measure opened a wider market and new sources of raw materials. Without the Zollverein an industrialised and unified Germany would not have been possible.

Besides the Zollverein, financial institutions and cartels helped the industrial growth of Prussia and the other German States. Banks provided capital and investments to new companies. Cartels on the other hand provided protection and stability. In other countries like Great Britain and the United States, cartels were resented for their anti-competitive and unfair business practices. But the Germans saw cartels as providing for the growth of small industries. It spared them from sometimes unprofitable and self- destructing price wars. It also provided protection in cases of price fluctuations and the entry of foreign competition.

Railroads served Germany well in its industrial development as also in its Unification. The first railroad line opened on December 1835 and ran between Nuremberg and Furth. The private sector took the initiative in constructing railroads. But when capital became scarce, the state intervened and in some provinces, nationalized the industry. In Prussia, the government took a leading part and joined the private sector in laying out networks of railroad. In 1842, the Prussian government created the Railway Fund in order to finance railroad construction project. In Prussia, Berlin became a centre of the railroad network. Railroads connected the members of the Zollverein and made trade and commerce more vibrant. In 1871, Prussia finally united Germany. Germany emerged as the most industrialised country by the end of the 19th century. Germany surpassed the home of the industrial revolution, Great Britain, and proved a competitor to the United States. In electrics, Germany offered companies like Siemens. In chemicals, Germany excelled in the production of potassium salt, dyes, pharmaceutical products, and synthetics. Companies like Bayer and Hoechst led the chemical industry of Germany. Germany became a leader in automobile industry. Daimler and Benz became the most popular brands of automobiles in Germany and the world. 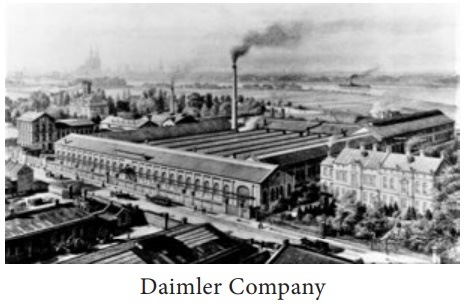