Objects which are able to emit light are known as light sources. Light rays can come from different sources. There are two types of sources of light.

Sources which emit light naturally are known as natural sources of light. The Sun is the primary and the major source of natural light. Stars also produce light, in the same way as the Sun do. However, as they are much farther away than the Sun, the light from them are too weak. The moon provides light, particularly in the night. Some living organisms have the ability to produce light named by bioluminescence. It is the effect of certain chemical reactions occurring in the organism. Fireflies, jellyfish, glow worm, certain deep sea plants and some microorganisms can emit light naturally.

Apart from the natural sources, light can also be produced artificially. The different light sources that are able to produce light artificially can be put under three broad categories.

Is the moon a luminous object?

The moon provides light as well, but it cannot produce light by its own. The light emitted by the Moon is the light of the Sun reflected towards the Earth. When we see the Moon, we see only the Moon’s lighted part. Thus, half of the moon is always facing the Sun and receiving light from it. Hence, we receive light from the moon. 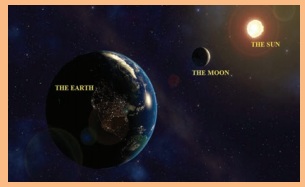 1. Incandescent Sources: When certain objects are heated to a high temperature, they begin to emit light. The glowing of hot iron rod is a kind of Incandescent light.

We often use a kind of gas- discharge lamp that uses fluorescence to produce visible light. The electric current in the gas excites mercury vapour, which produces short-wave ultraviolet light that then causes a phosphor coating on the inside of the lamp to glow in visible light. 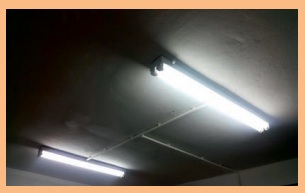