Smocking and Types of Smocking

Smoking is an embroidery technique that is probably thousands of years old.

Smoking is an embroidery technique that is probably thousands of years old. The name is coined only during 1700’s in England.The technique used at the time was gathering. A full work shirt was gathered at the bodice and the sleeves. This gathered effect in the garment was then called a “smock”.Smocking was introdced to work man garment mainly to give fullness or free movement of their body and arms. Smocked garments were worn by agricultural laborers,trades men,and shepherds in earlier times. In the 19th century smocks were received by artists, to cover their clothing,and ladies adapted them in a modified form with fancy embroidery.Later babies clothing, silk under garments for ladies,and even afternoon dresses appeared with smocking. Ladies magazines had instructions for hand smocking and patterns for garments. At present smocking has become the fashion statement.

The industrial revolution changed the smocking styles and patterns drastically. There are many types of smocking known throughout the world. The italians have “shirring”worked from the back of the fabric, the Romanians have a patterned design using tubes that resemble reeds,and other countries stress picture formation over gathered threads,again all done by hand. Smocking basically consists of pleated fabric and a fibre (usually a floss) for embellishment stitches. Pleats are created in two ways; 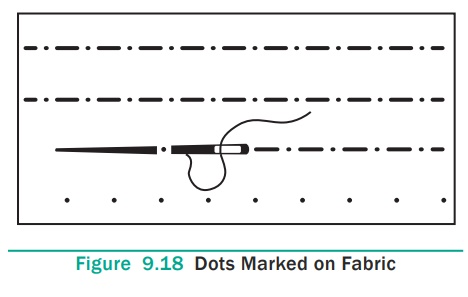 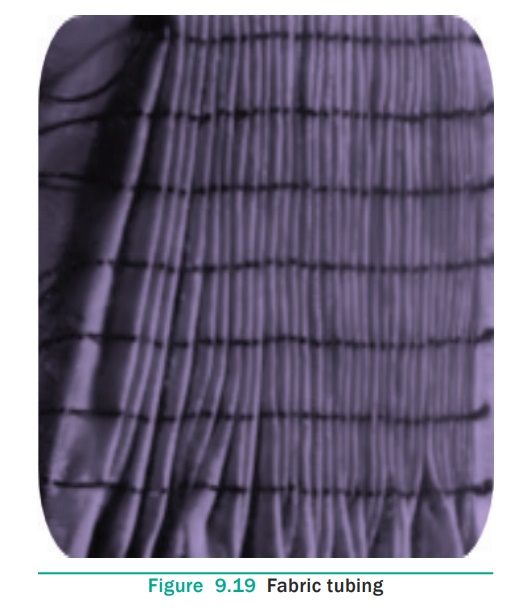 ·               Thread guides should not be visible sometimes these stitches are not removed at top and bottom lines to maintain shape.

Silk, linen, cotton, striped and gingham fabrics are used. Firm fabrics are always preferred and are easier to embellish.

The gathering or embroidery techniques varied from area to area within a country. However smocking is catagorised into three types such as English smocking, American smocking and Canadian smocking.

In this type only two stitches are used. They are Cable stitch and Trellis stitch. Simple borders, lines and thousands of patterns can be created with cable and trellis stitches (Figure 9.21). 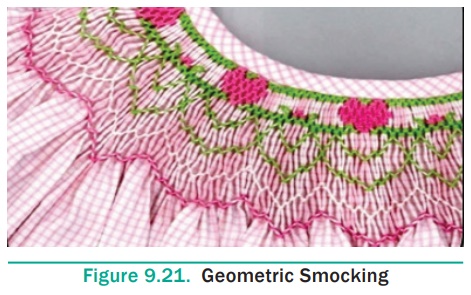 For picture smocking hundred percent cotton fabric is used. Fabric folds are secured very tightly. On the fabric folds, embroidery is done with stacked cable stitches. Embroidered pattern should cover the fabric fully and the background fabric is not seen. Pictures such as flowers, animals, birds and other sceneries’ can be created (Figure 9.22). 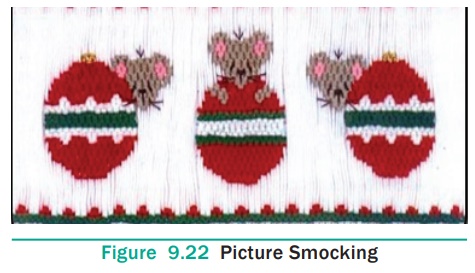 American Smocking is otherwise known as Counter change smocking. It has been popularized by a young woman in Arizona, Anne Hallay. This smocking is done on gingham, striped, or a gridded fabric. Basically 5/8” stripped fabric is made into squares and a honeycomb or vandyke stitch is used to bring the sections together. Finished fabric will have the illusion of a solid fabric.No pleating is used for this type of smocking. This type of smocking is more often used in teenager’s garments. English Smocking is of three types namely Counter change 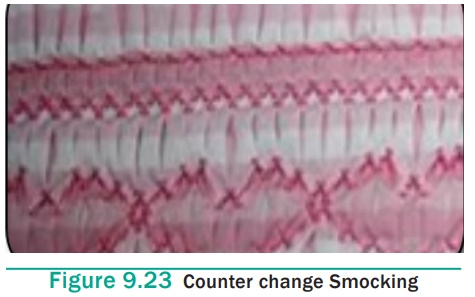 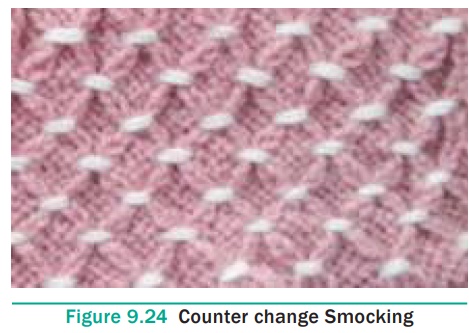 Grid pattern is used for this type of smocking. Following the pattern small stitches are made and secured. Trim the thread and complete the pattern. 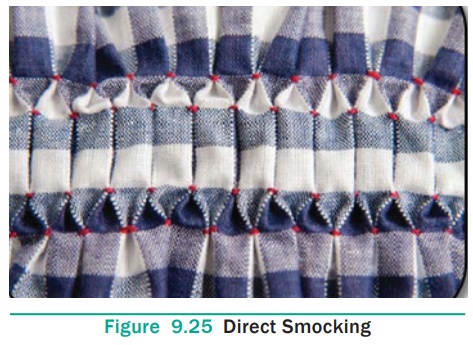 The fabric used should be cut on grain

·               Stitch tension appears consistent for all stitches ;tension is neither too tight that pleats are pinched nor too loose so that thread sags

It creates a beautiful pattern on the right side of the fabric. There are a few variations where the pattern of stitches is worked on the front-one of these is called flower smocking. Grid pattern is used to mark designs. 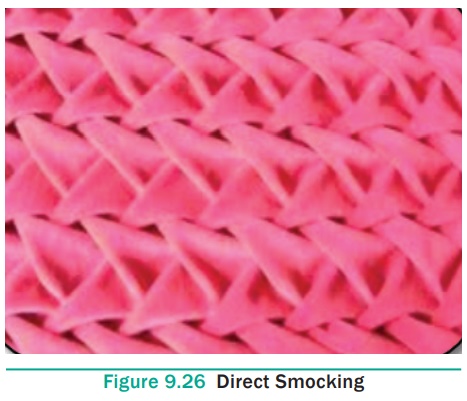 This smocking is created with the grid pattern. Textural effect is created on the right side of the fabric. Three times more fabric is required and good stretch is created. 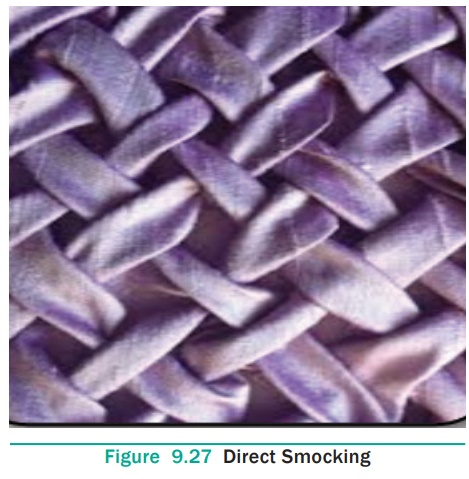 This type of smocking is reversible. Patterns are seen on both the sides. No thread is visible on right and wrong sides of the fabric. 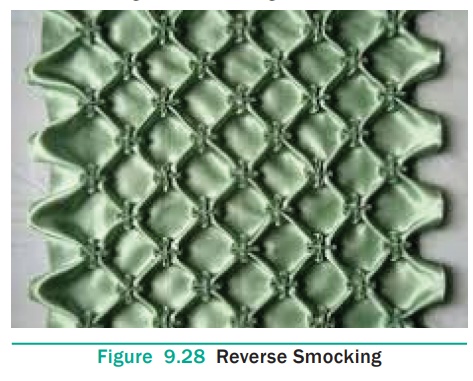 Smocking is a technique of creating wavy patterns on fabric and garments. Unlike embroidery more fabric is required for smocking. There are different techniques used to complete the pattern. Techniques and materials followed for each of the smocking type vary from region to region. English smocking, American smocking and Canadian smocking are the three types of smocking frequently used by the designers. Smocking is a common feature in girls and women garments. It also finds its application in home textile products such as cushions, wall hangings and so on. Today’s contemporary designers introduce smocked fashion accessories in the market too.