Isaac's playmates were enchanted with his new windmill. They thought that nothing so pretty, and so wonderful, had ever been seen in the whole world.

" B u t , Isaac," said one of them, "you have forgotten one thing that belongs to a mill."

"What is that?" asked Isaac; for he supposed, that, from the roof of the mill to its foundation, he had forgotten nothing.

"Why, where is the miller?" said his friend. 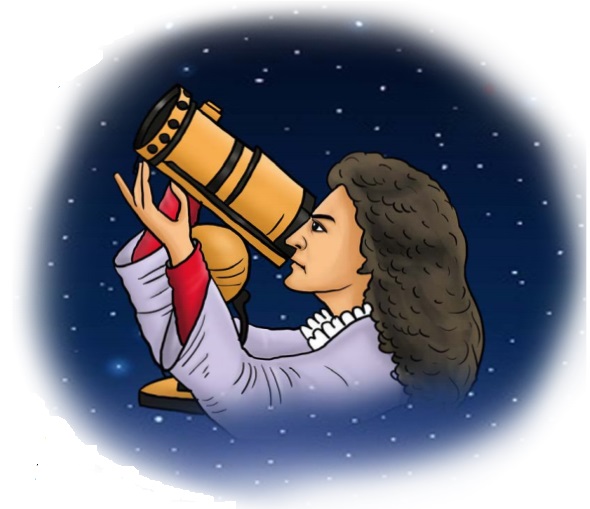 "That is true!—I must look out for one," said Isaac; and he set himself to consider how the deficiency should be supplied.

He might easily have made the miniature figure of a man; but then it would not have been able to move about, and perform the duties of a miller. But perhaps some two-legged millers are quite as dishonest as this small quadruped.

As Isaac grew older, it was found that he had far more important matters in his mind than the manufacture of toys, like the little windmill. All day long, if left to himself, he was either absorbed in thought, or engaged in some book of mathematics, or natural philosophy. At night, I think it probable, he looked up with reverential curiosity to the stars, and wondered whether they were worlds, like our own,—and how great was their distance from the earth,—and what was the power that kept them in their courses. Perhaps, even so early in life, Isaac Newton felt a presentiment that he should be able, hereafter, to answer all these questions.

When Isaac was fourteen years old, his mother's second husband being now dead, she wished her son leave school, and assist her in managing the farm at Woolsthorpe. For a year or two, therefore, he tried to turn his attention to farming. But his mind was so bent on becoming a scholar, that his mother sent him back to school, and afterwards to the University of Cambridge.

He was the first that found out the nature of Light; for, before his day, nobody could tell what the sunshine was composed of until then. You remember, I suppose, the story of an apple's falling on his head, which lead him to discover the force of gravitation and which keeps the heavenly bodies in their courses. When he had once got hold of this idea, he never permitted his mind to rest, until he had searched out all the laws, by which the planets are guided through the sky. This he did as thoroughly as if he had gone up among the stars, and tracked them in their orbits. As a boy, he had found out the mechanism of a windmill; and as a man he explained to his fellow-men the mechanism of the universe.

While researching he was accustomed to spend night after night in a lofty tower, gazing at the heavenly bodies through a telescope. His mind was lifted far above the things of this world. He may be said, indeed, to have spent the greater part of his life in worlds that lie thousands and millions of miles away; for where the thoughts and the heart are, there is our true existence.

Newton lived to be a very old man, renowned thinker and was made a Member of Parliament, and received the honor of knighthood from the king. But he cared little for earthly fame and honors, and felt no pride in the vastness of his knowledge. All that he had learned only made him feel how little he knew in comparison to what remained to be known.

"I seem to myself like a child," he observed, "playing on the sea-shore, and picking up here and there a curious shell or a pretty pebble, while the boundless ocean of Truth lies undiscovered before me."

At last, in 1727, when he was 85 years old, Sir Isaac Newton died,—or rather he ceased to live on earth. We may be permitted to believe that he is still searching out the infinite wisdom and goodness of the Creator, as earnestly, and with even more success, than while his spirit animated a mortal body. He has left a fame behind him, which will be as endurable as if his name were written in letters of light, formed by the stars upon the midnight sky.

"I love to hear about mechanical contrivances—such as the water-clock and the little windmill," remarked George. "I suppose if Sir Isaac Newton had only thought of it, he might have found out the steam-engine, and railroads, and all the other famous inventions that have come into use since his day."

"Very possibly he might," replied Mr. Temple; "and, no doubt, a great many people would think it more useful to manufacture steam-engines, than to search out the system of the universe. Other great astronomers, besides Newton, have been endowed with mechanical genius. There was David Rittenhouse, an American,—he made a perfect little water-mill, when he was only seven or eight years old. But this sort of ingenuity is but a mere trifle in comparison with the other talents of such men."

Nathaniel Hawthorne (July 4, 1804 – May 19, 1864) was an American novelist, dark romantic, and short story writer. His works often focus on history, morality, and religion. He was born in 1804 in Salem, Massachusetts, to Nathaniel Hathorne and the former Elizabeth Clarke Manning. The biography of Sir Isaac Newton was published in Nathaniel Hawthorne's, True Stories from History and Biography (1851) . 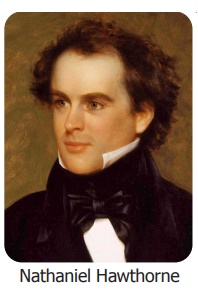 accustomed (v) – something familiar with

A. Choose the correct antonym for the italicized word

1. His Grandmother was very kind to him.

2. The boy seemed to have a taste for mathematics.

4. He was observed to be usually busy with his tools.

B. Answer the following questions in one or two

1. Who was taking care of Newton after his father's death?

Answer: His grandmother was taking care of Newton after his father’s death.

2. What did Isaac manufacture at his young age?

Answer: Isaac manufactured a set of little tools and saws of various sizes.

3. How did the young boy find the strength of the wind?

Answer: The young boy found the strength of the wind by first jumping against the wind. According to the length of his jump, he could calculate the force of a gentle breeze, a brisk gale or a tempest.

4. Why were his friends attracted by the windmill?

Answer: His friends were attracted by the windmill because they thought that they had not seen anything so pretty and wonderful in the whole world.

5. How was Newton honoured by the king?

Answer: Newton was made a Member of the Parliament and received the honour of knighthood from the king.

C. Answer the following in about 100 words

1. Why did Newton's friends advice his grand mother to apprentice him to a clockmaker?

Answer: In his early years, Newton was chiefly remarkable in his ability to invent things.

He had manufactured a set of little tools and saws of various sizes. With the help of these things, he invented curious articles, at which he worked with so much skill. His friends and neighbours admired at the things manufactured by him. Some of his friends advised his grandmother to apprentice him to a clockmaker because, besides his mechanical skill, Newton seemed to have a taste for mathematics, which would be very useful to him in that profession. After sometimes he could set up one for himself.

2. How did Newton learn about the way a windmill operated?

Answer: Newton frequently went to the windmill that operated on a new plan. He spent hours in examining the various parts of the windmill. When the mill was not working, he examined its internal machinery. When the windmill’s broad sails were in motion by the wind, Newton examined the process by which the mill-stones revolved and crushed the grains, put into its hopper. Thus Newton gained a thorough knowledge of the construction and operation of the windmill.

3. Mention some of Newton's inventions.

Answer: Sir Isaac Newton is best known for his laws of motion. In mathematics, his inventions included laying the groundwork for differential and integral calculus. His inventions in mechanics and gravitation were summarised in ‘The Principia’.