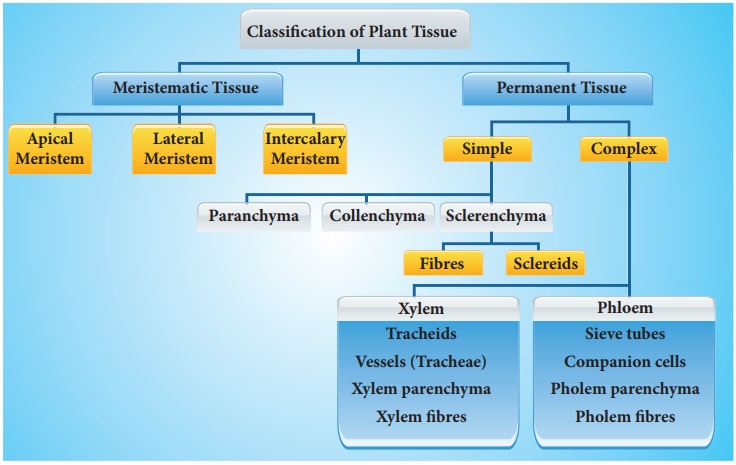 Parenchyma are simple permanent tissue composed of living cells. Parenchyma cells are thin walled, oval, rounded or polygonal in shape with well developed spaces among them. In aquatic plants, Parenchyma possesses intercellular air spaces, and is named as Aerenchyma. When exposed to light, parenchyma cells may develop chloroplasts and are known as Chlorenchyma. 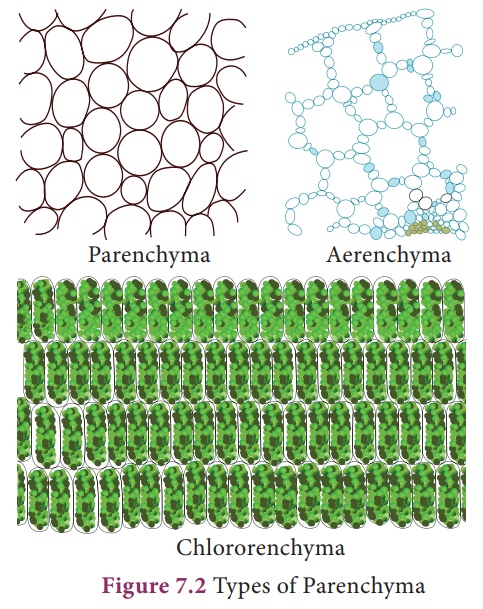 Parenchyma may store water in many succulent and xerophytic plants. It also serves the functions of storage of food reserves, absorption, buoyancy, secretion etc., 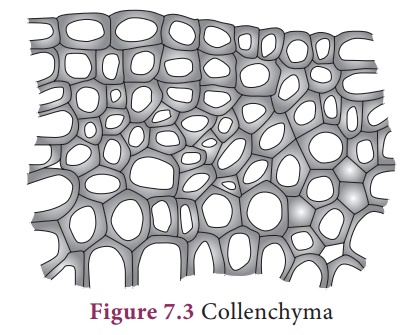 Fibres are elongated sclerenchymatous cells, usually with pointed ends. Their walls are lignified. Fibres are abundantly found in many plants. The average length of fibres is 1 to 3 mm, however in plants like Linum usitatissimum (flax), Cannabis sativa (hemp) and Corchorus capsularis (jute), fibres are extensively longer ranging from 20 mm to 550 mm.

Sclereids are widely distributed in plant body. They are usually broad, may occur in single or in groups. Sclereids are isodiametric, with liginified walls. Pits are prominent and seen along the walls. Lumen is filled with wall materials. Sclereids are also common in fruits and seeds. 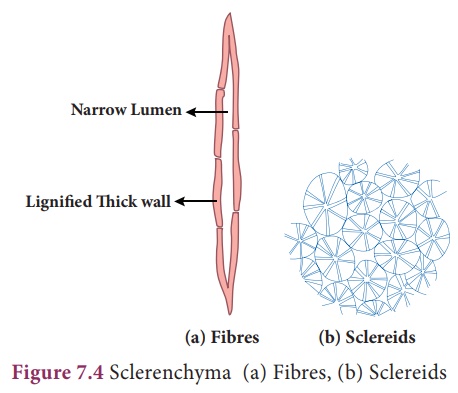 Table 7.1 Differences between Parenchyma and Collenchyma 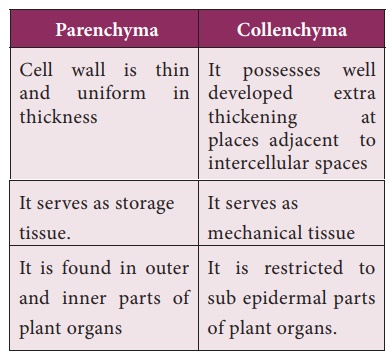 Table 7.2 Differences between Collenchyma and Sclerenchyma 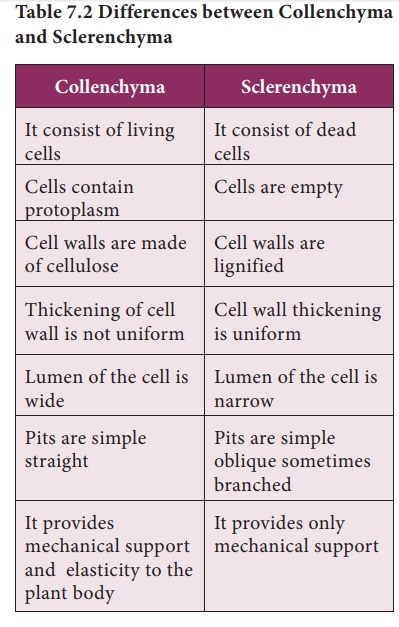 ·           It provides mechanical support and elasticity to the plant body

Table 7.3 Differences between Sclereids and Fibres 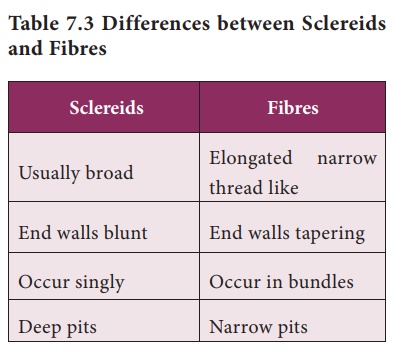