All payments for the fixed factors of production are known as Total Fixed Cost. 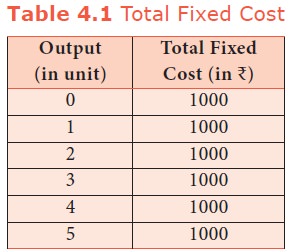 All payments for the fixed factors of production are known as Total Fixed Cost. A hypothetical TFC is shown in table 4.1 and diagram 4.1 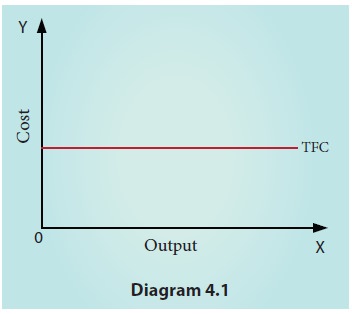 It could be observed that TFC does not change with output. Even when the output is zero, the fixed cost is  Rs..1000. TFC is a horizontal straight line, parallel to X axis.

All payments to the variable factors of production is called as Total Variable Cost. Hypothetical TVC is shown in table-4.2 and Diagram 4.2 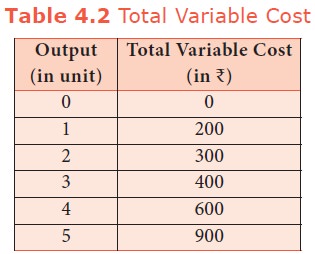 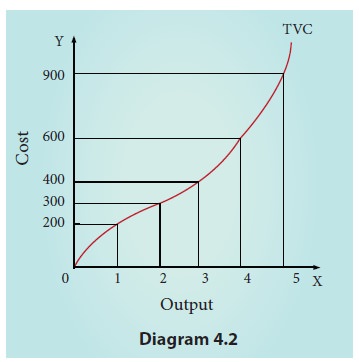 Total Cost means the sum total of all payments made in the production. It is also called as Total Cost of Production. Total cost is the summation of Total Fixed Cost (TFC) and Total Variable Cost (TVC). It is written symbolically as 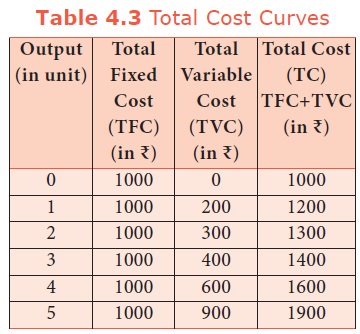 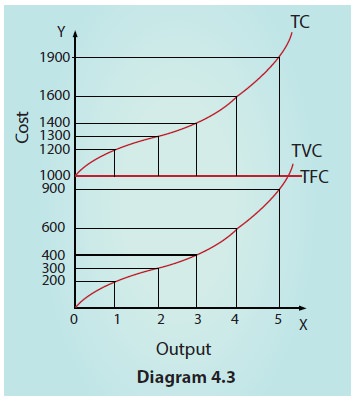 a.        The TC curve is obtained by adding TFC and TVC curves vertically.

c.         TVC starts from the origin and moves upwards, as no variable cost is incurred at zero output.

f.          TVC and TC curves are the same shapes but beginning point is different. 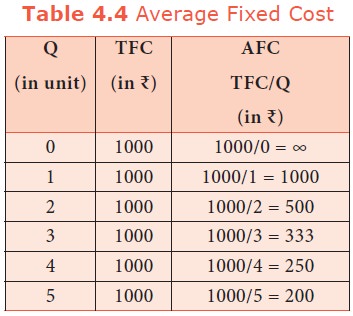 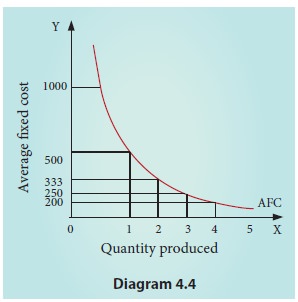 b.        AFC curve is a downward sloping throughout its length, never touching X and Y axis. It is asymptotic to both the axes. 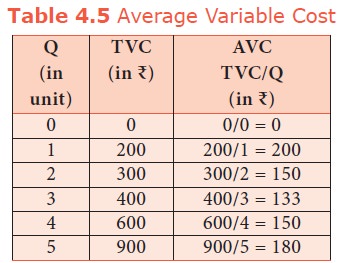 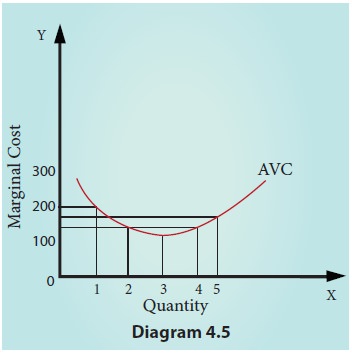 a.        AVC declines initially and then increases with the increase of output.

b.        AVC declines up to a point and moves upwards steeply, due to the law of returns.

It refers to the total cost per unit of output.

It can be obtained in two ways. 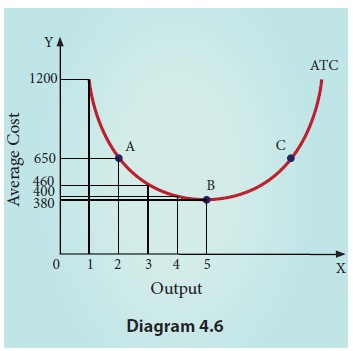 It should be noted that

b)       Initially the ATC declines, reaches a minimum when the plant is operated optimally, and rises beyond the optimum output. 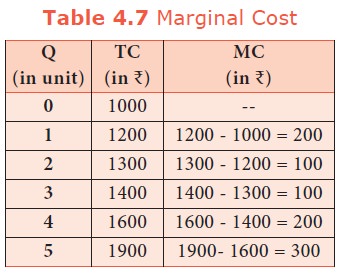 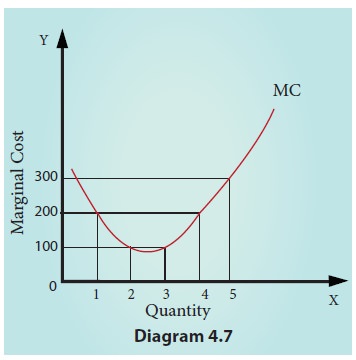 Marginal cost is important for deciding whether any additional output can be produced or not. MC = ∆TC / ∆Q where MC denotes Marginal Cost, ∆TC denotes change in total cost and ∆Q denotes change in total quantity. For example, a firm produces 4 units of output and the Total cost is  Rs. 1600. When the firm produces one more unit (4 +1 = 5 units) of output at the total cost of  Rs. 1900, the marginal cost is  Rs. 300.

The other method of estimating MC is :

a)        MC falls at first due to more efficient use of variable factors.

b)       MC curve increases after the lowest point and it slopes upward.

8. The relationship between Average Cost and Marginal cost

There is a unique relationship between the AC and MC curves as shown in diagram 4.8.