Chapter: Essentials of Psychiatry: Schizophrenia and Other Psychoses 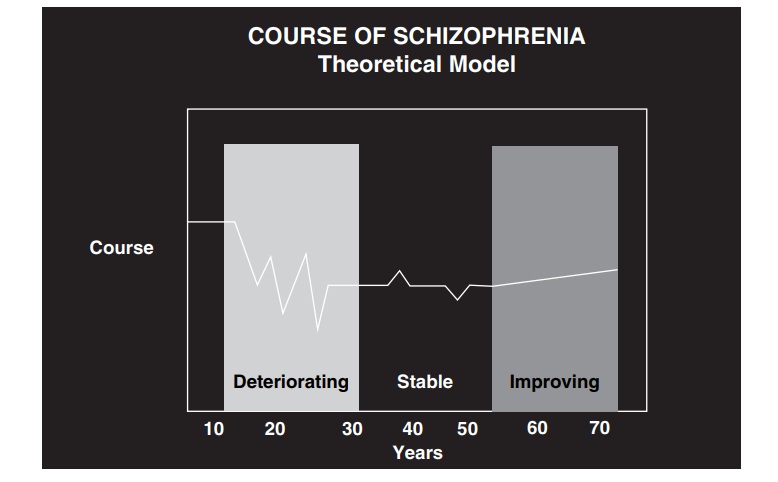 In long-term follow-up studies of 20 years or more, surpris-ingly favorable outcomes were observed: between 40 and 66% of patients had either recovered or were only mildly impaired at follow-up.

In long-term follow-up studies of 20 years or more, surpris-ingly favorable outcomes were observed: between 40 and 66% of patients had either recovered or were only mildly impaired at follow-up (Table 45.1). In the Vermont Longitudinal Study of Schizophrenia (Harding et al., 1987a, 1987b), 269 backward patients who were chronically institutionalized in the 1950s were followed up an average of 32 years later. The patients who met rigorously applied retrospective DSM-III diagnostic criteria for schizophrenia disorder (N 5 118) during their index admission in the 1950s were found on follow-up to have outcomes that varied widely; 82% were not hospitalized in the year of the follow-up, 68% displayed slight or no symptoms, 81% were able to meet their own basic needs, and more than 60% had good social func-tioning. Thus, these data indicate that the long-term outcome of schizophrenia is heterogeneous, with substantially larger num-bers of patients having better outcomes than would have been predicted by the Kraepelinian model that postulated this illness was a dementia and worsened over time.

Based on current epidemiological data, a new model of the natural course of schizophrenia has been proposed (Breier et al., 1991). This model has three phases: an early phase marked by de-terioration from premorbid levels of functioning; a middle phase characterized by a prolonged period of little change termed the stabilization phase; and the last period, which incorporates the long-term outcome data just cited, which is called the improving phase (Figure 45.2).