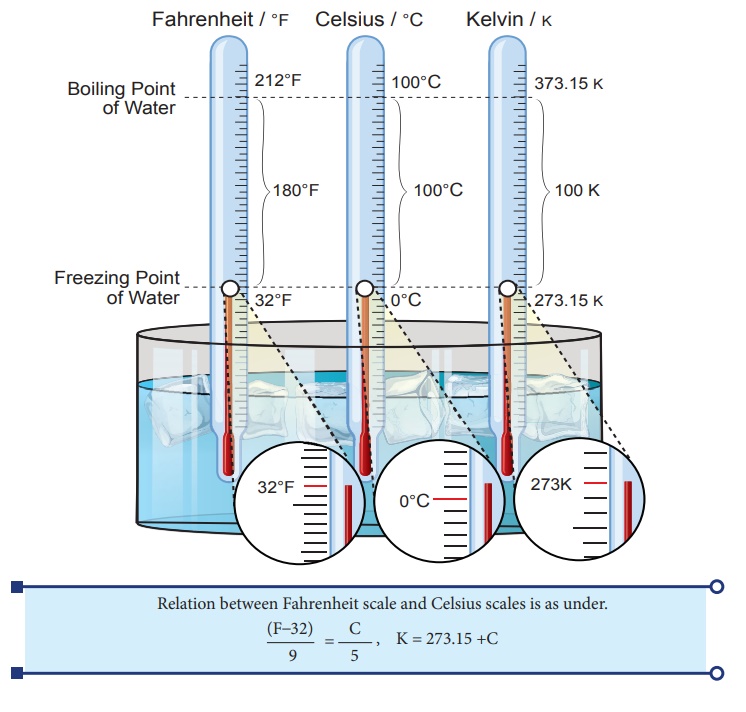 Celsius is the common unit of measuring temperature, termed after Swedish astronomer, Anders Celsius in 1742, before that it was known as Centigrade as thermometers using this scale are calibrated from (Freezing point of water) 0°C to 100°C (boiling point of water). In Greek, ‘Centium’ means 100 and ‘Gradus’ means steps, both words make it centigrade and later Celsius.

Fahrenheit is a Common unit to measure human body temperature. It is termed after the name of a German Physicist Daniel Gabriel Fahrenheit. Freezing point of water is taken as 32°F and boiling point 212°F. Thermometers with Fahrenheit scale are calibrated from 32°F to 212°F.

Kelvin scale is termed after Lord Kelvin. It is the SI unit of measuring temperature and written as K also known as absolute scale as it starts from absolute zero temperature.

Relation between Fahrenheit scale and Celsius scales is as under.

The equivalence between principal temperature scales are given in Table for some temperatures. 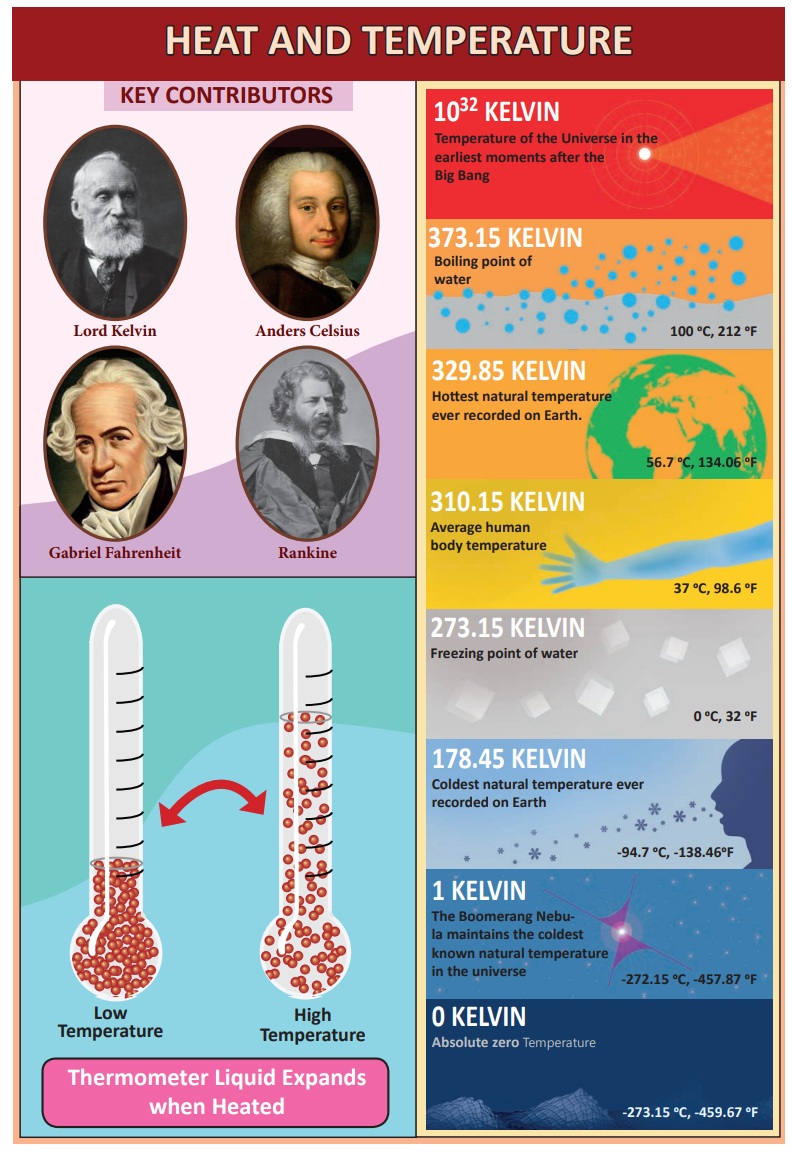 But in United States they prefer to use the Fahrenheit scale. The problem is, converting Fahrenheit to absolute scale (Kelvin) is not easy.

To sort out this problem they use The Rankine scale. It named after the Glasgow University engineer and physicist Rankine, who proposed it in 1859. It is an absolute temperature scale, and has the property of having a 1°R change is equal to a 1°F change. Fahrenheit users who need to work with absolute temperature can be converted to Rankine by