Chip-level multiprocessing(CMP or multicore): integrates two or more independent cores(normally a CPU) into a single package composed of a single integrated circuit(IC), called a die, or more dies packaged, each executing threads independently.

Ø Four or more instruction per cycle

Ø Executing a single program or thread

Ø Attempts to find multiple instructions to issue each cycle.

The idea is issue multiple instructions from multiple threads each cycle

Ø Modern processors have more functional units available then a single thread can utilize.

Ø Multiple instructions from independent threads can co-exist and co-execute.

Superscalar processor with no multithreading:

Only one thread is processed in one clock cycle

Ø Use of issue slots is limited by a lack of ILP.

Ø Stalls such as an instruction cache miss leaves the entire processor idle.

Switches threads on every clock cycle

Ø Pro: hide latency of from both short and long stalls

Ø Con: Slows down execution of the individual threads ready to go. Only one thread issues inst. In a given clock cycle.

Ø Pros: no switching each clock cycle, no slow down for ready-to-go threads. Reduces no of completely idle clock cycles.

Exploits TLP at the same time it exploits ILP with multiple threads using the issue slots in a single-clock cycle.

Ø  issue slots is limited by the following factors:

Ø Imbalances in the resource needs.

Ø Practical limitations of what instructions combinations can issue from one thread and multiple threads.

Ø    Single thread performance is likely to go down (caches, branch predictors, registers, etc. are shared) – this effect can be mitigated by trying to prioritize one thread

Ø    While fetching instructions, thread priority can dramatically influence total throughput – a widely accepted heuristic (ICOUNT): fetch such that each thread has an equal share of processor resources

Ø    With eight threads in a processor with many resources, SMT yields throughput improvements of roughly 2-4 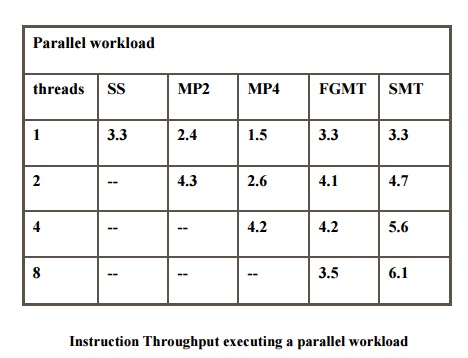 Comparison of SMT vs Superscalar

SMT processors are compared to base superscalar processors in several key measures :

Ø Chip-level multiprocessing(CMP or multicore): integrates two or more independent cores(normally a CPU) into a single package composed of a single integrated circuit(IC), called a die, or more dies packaged, each executing threads independently.

Ø Every funtional units of a processor is duplicated.

Ø Multiple processors, each with a full set of architectural resources, reside on the same die 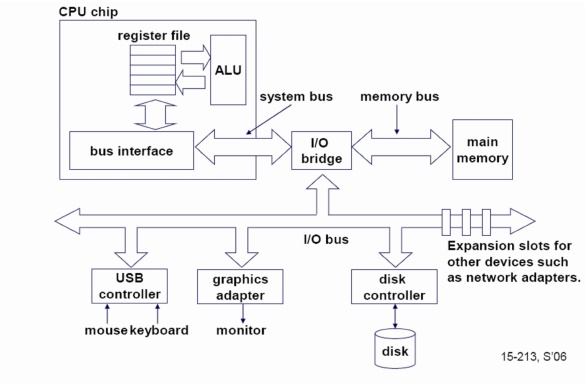 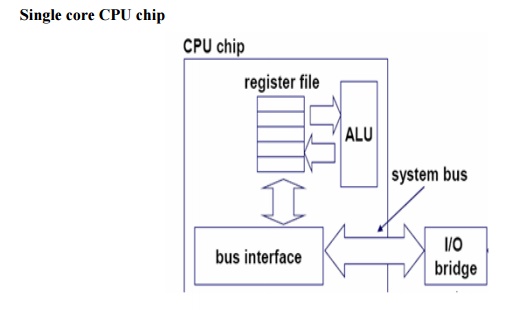 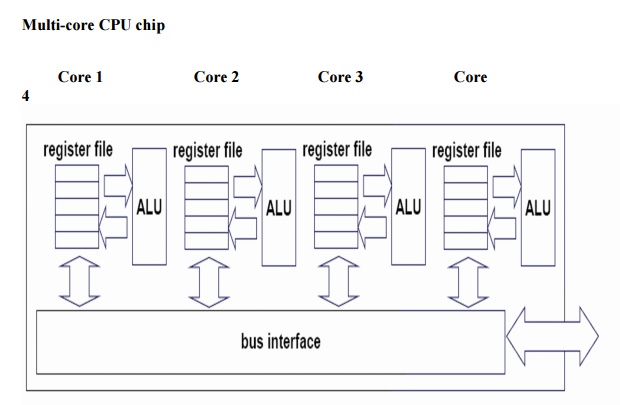 Ø Chip Multithreading is the capability of a processor to process multiple s/w threads simulataneous h/w threads of execution.

Ø CMP processors are especially suited to server workloads, which generally have high levels of Thread-Level Parallelism(TLP).

Ø CMP’s are now the only way to build high performance microprocessors , for a variety of reasons:

Ø Large uniprocessors are no longer scaling in performance, because it is only possible to extract a limited amount of parallelism from a typical instruction stream.

Ø Cannot simply ratchet up the clock speed on today’s processors,or the power dissipation will become prohibitive.

Ø CMT processors support many h/w strands through efficient sharing of on-chip resources such as pipelines, caches and predictors.

Ø CMT processors are a good match for server workloads,which have high levels of TLP and relatively low levels of ILP.

Ø The performance race between SMT and CMP is not yet decided.

Ø CMP is easier to implement, but only SMT has the ability to hide latencies.

Ø A functional partitioning is not exactly reached within a SMT processor due to the centralized instruction issue.

Ø A separation of the thread queues is a possible solution, although it does not remove the central instruction issue.

Ø A combination of simultaneous multithreading with the CMP may be superior.

Ø Research : combine SMT or CMP organization with the ability to create threads with compiler support of fully dynamically out of a single thread.