Rural poverty refers to the existence of poverty in rural areas.

Rural poverty refers to the existence of poverty in rural areas. Poverty in India has been defined as the situation in which an individual fails to earn sufficient income to buy the basic minimum of subsistence. Poverty line is a hypothetical line based on income or consumption levels that divides the population as people below poverty line and above poverty line. On the basis of recommended nutritional intake, persons consuming less than 2,400 calories per day in rural areas are treated as they are under rural poverty.

As per the Planning Commission estimates, the percentage of people living below poverty in rural areas was 54.10 which accounted for 33.80 per cent during 2009-10. Poverty is deepest among members of scheduled castes and tribes in the rural areas. In 2005 these groups accounted for 80 per cent of rural poor, although their share in the total rural population is much smaller. In 2015, more than 80 crores of India’s people lived in villages. One quarter of village population (22 crores people) list below the poverty line. India is the home to 22 per cent of the world’s poor. It is needless to state that the country has been successful in reducing the proportion of poor people, in spite of increasing of population.

Various forces responsible for rural poverty are highlighted below:

1.        The distribution of land is highly skewed in rural areas. Therefore, majority of rural people work as hired labour to support their families.

2.        Lack of Non-farm Employment: Non-farm employment opportunities do not match the increasing labour force. The excess supply of labour in rural areas reduces the wages and increases the incidence of poverty.

3.        Lack of Public Sector Investment: The root cause of rural poverty in our country is lack of public sector investment on human resource development.

5.        Low Productivity: Low productivity of rural labour and farm activities is a cause as well as the effect of poverty.

6.        Unequal Benefit of Growth: Major gains of economic development are enjoyed by the urban rich people leading to concentration of wealth. Due to defective economic structure and policies, gains of growth are not reaching the poor and the contributions of poor people are not accounted properly.

7.        Low Rate of Economic Growth: The rate of growth of India is always below the target and it has benefited the rich. The poor are always denied of the benefits of the achieved growth and development of the country.

8.        More Emphasis on Large Industries: Huge investment in large industries catering to the needs of middle and upper classes in urban areas are made in India. Such industries are capital-intensive and do not generate more employment opportunities.

Therefore, poor are not in a position to get employed and to come out from the poverty in villages.

Since rural unemployment and rural poverty are interrelated, creation of employment opportunities would support elimination of poverty. Poverty alleviation schemes and programmes have been implemented, modified, consolidated, expanded and improved over time. However, unemployment, begging, rag picking and slumming continues. Unless employment is given to all the people poverty cannot be eliminated. Who will bell the cat? 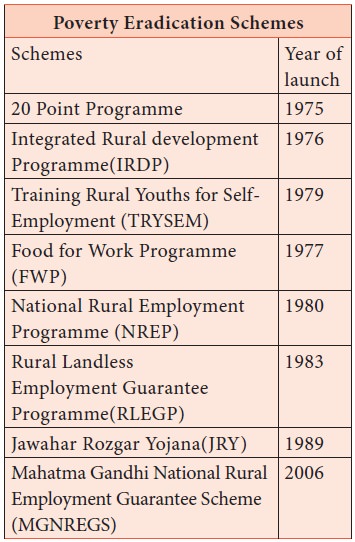 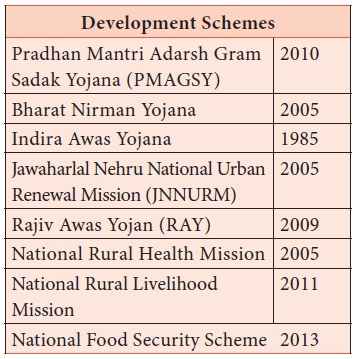