The region which is adjacent to the root system is called rhizophere.

In 1904, L.Hiltner for the first time coined the term “rhizosphere” to denote the area of intense microbiological activity that extends several millimeters from the root system of the growing plants.

The region which is adjacent to the root system is called rhizophere. The microbial population on and around root system is considerably higher than the root free soil or non rhizophere soil. This may be due the availability of nutrients from plants root in the form of root nodules, secretion, lysates, mucigel and sloughed off cells (Figure 10.5). 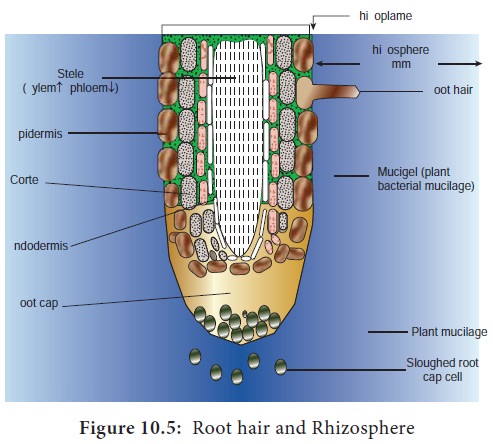 The rhizophere is a zone of increased microbial community as well as microbial activities influenced by the root itself.

Greater rhizosphere effect is seen with bacteria (R: S values ranging from 10 to 20 or sometimes more) than with actinomycetes or fungi (Figure 10.6). 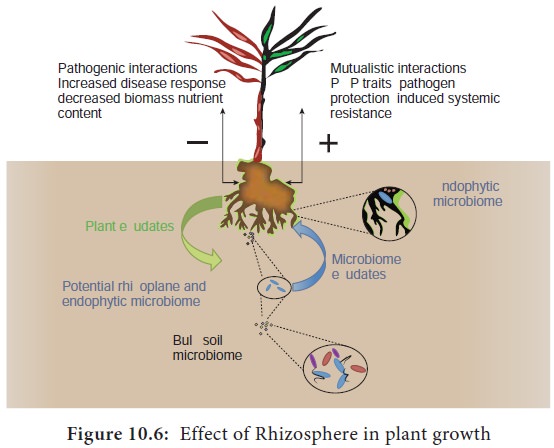 From the agronomic point of view, the abundance of Nitrogen fixing and Phosphate solublising bacteria in the rhizosphere of crop plants assumes a natural significance.

It has been reported that amino acid requiring bacteria exist in the rhizosphere in large numbers than in the root free soil. The rhizosphere effect improves the physiological conditions of the plant and ultimately result in higher yield.