Requirements differ according to the perspective:

List the services that his or her application needs.

Example: A guarantee that each message it sends will be delivered without error within a certain amount of time.

List the characteristics of a system that is easy to administer and manage. Example: Fault can be easily isolated and it is easy to account for usage.

A network must provide connectivity among a set of computers

A network consists of two or more computers directly connected by some physical medium, such as a coaxial cable or an optical fiber. Such a physical medium is called as links.

The links are connected to the computers named as nodes.

1.2 Types of Links or Connections

A point-to-point connection provides a dedicated link between two devices. The entire capacity of the link is reserved for transmission between those two devices.

A multipoint (also called multidrop) connection is one in which more than two specific devices share a single link. In a multipoint environment, the capacity of the channel is shared, either spatially or temporally. If several devices can use the link simultaneously, it is a spatially shared connection. If users must take turns, it is a timeshared connection.

Communication between two devices can be simplex, half-duplex, or full-duplex as shown in Figure 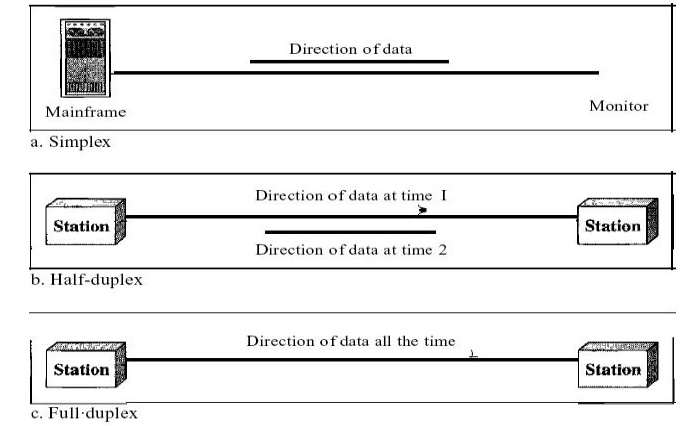 In simplex mode, the communication is unidirectional, as on a one-way street. Only one of the two devices on a link can transmit; the other can only receive (Fig a). Keyboards and traditional monitors are examples of simplex devices.

In half-duplex mode, each station can both transmit and receive, but not at the same time. When one device is sending, the other can only receive, and vice versa(Fig b). The half-duplex mode is like a one-lane road with traffic allowed in both directions.

Unicast is the term used to describe communication where a piece of information is sent from one point to another point. In this case there is just one sender, and one receiver.

Multiplexing is a way that a system resource is shared among multiple users.

The channel is a pipe connecting two applications. How to fill the gap between the underlying network capability and applications requirements? a set of common services– Delivery guarantees, security, delay.

A network must be able to meet a certain number of criteria. The most important of these are

Performance can be measured in many ways, including transit time and response time. Transit time is the amount of time required for a message to travel from one device to another. Response time is the elapsed time between an inquiry and a response. The performance of a network depends on a number of factors, including the number of users, the type of transmission medium, the capabilities of the connected hardware, and the efficiency of the software. Performance is often evaluated by two networking metrics: throughput and delay. We often need more throughputs and less delay. However, these two criteria are often contradictory. If we try to send more data to the network, we may increase throughput but we increase the delay because of traffic congestion in the network.

In addition to accuracy of delivery, network reliability is measured by the frequency of failure, the time it takes a link to recover from a failure, and the network's robustness in a catastrophe.

There are three primary categories are,

They are usually privately owned and link the devices in a single office, building and campus. Currently LAN size is limited to a few kilometers. It may be from two PC‟s to throughout a company.

The most common LAN topologies are bus, ring and star. They have data rates from 4 to 16 Mbps. Today the speed is on increasing and can reach 100 mbps.

They are designed to extend over an entire city. It may be a single network or connecting a number of LANs into a large network. So the resources are shared between LANs. Example of MAN is, telephone companies provide a popular MAN service called switched multi megabit data service (SMDS).

It provides a long distance transmission of data, voice, image and video information over a large geographical are like country, continent or even the whole world.

Topology refers to the way a network is laid out either physically or logically. Two or more devices connect to a link; two or more links form a topology. It is the geographical representation of the relationship of all the links and linking devices to each other.

Here every device has a dedicated point to point link to every other device. A fully connected mesh can have n(n-1)/2 physical channels to link n devices. It must have n-1 IO ports. 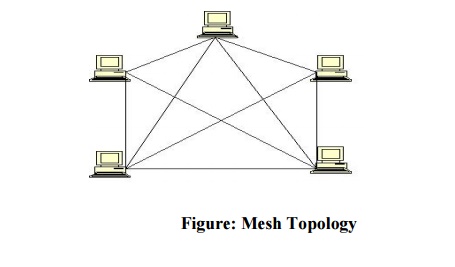 1.     They use dedicated links so each link can only carry its own data load. So traffic problem can be avoided.

2.     It is robust. If anyone link get damaged it cannot affect others

1.     The amount of cabling and the number IO ports required are very large. Since every device is connected to each other devices through dedicated links.

2.     The sheer bulk of wiring is larger then the available space

3.     Hardware required to connect each device is highly expensive.

Number of devices = 8 Number of

Here each device has a dedicated link to the central „hub‟. There is no direct traffic between devices. The transmission are occurred only through the central controller namely hub. 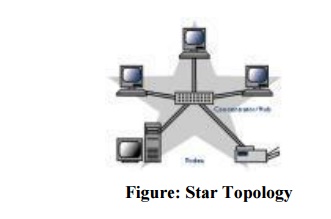 1.     Less expensive then mesh since each device is connected only to the hub.

2.     Installation and configuration are easy.

1.     Even it requires less cabling then mesh when compared with other topologies it still large. 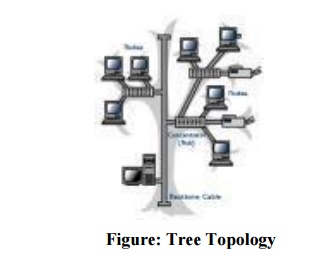 The secondary hub may be active or passive. A passive hub means it just precedes a physical connection only.

3.     Can isolate and prioritize communication between different computers.

A bus topology is multi point. Here one long cable is act as a backbo ne to link all the devices are connected to the ba ckbone by drop lines and taps. A drop line is the connection between the devices and the c able. A tap is the splice into the main cable or puncture the sheathing. 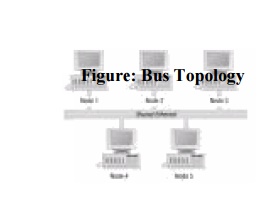 4.     If any fault in backbone c an stops all transmission.

Here each device has a dedicated connection with two devices on eith er side of it. The signal is passed in one direction from device to device until it reaches the des tination and each device have repeater. 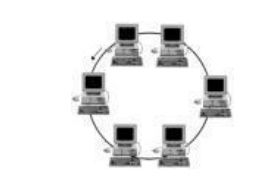 2.     Break in a single ring can break entire network.

Syntax refers to the structure or format of the data, means to the order how it is presented.

Semantics refers to the meaning of each section of bits. How is a particular pattern to be interpreted, and when action is to be taken based on the interpretation.

Timing refers to two characteristics. They are,

A standard provides a model for development of a product, which is going to develop. Standards are essential to create and maintain a product.

Data communication products are fall into two categories. They are,

They are further classified into

operation of its product. They are wholly owned by the company, which invented them. They are

Groups or committees that have passed them into public domain develop them.

They are open standards.

They have been legislated by an officially recognized body.

Standards are developed by,

4.     The Institute of Electrical and Electronics Engineers (IEEE)

A computer network must provide general, cost effective, fair and robust among a large number of computers. It must evolve to accommodate changes in both the underlying technologies. To help to deal this network designers have developed general blueprints called network architecture that guide the design and implementation of networks.